You’re an aspiring classical musician, but you can’t afford the time and money to make the hundreds of miles round-trip necessary to play with the teacher who can help you nail that Rachmaninov. So why not do it online?

Why not indeed, thought Nicole Wilson, a former first violinist with the London Philarmonic Orchestra, who founded Musical Orbit, a platform where anyone can book lessons with some of the world’s top classic musicians, from the leaders of the London and Royal Philarmonic Orchestras Pieter Schoeman and Clio Gould to principal oboist of the Adelaide Symphony Orchestra Celia Craig.

‘I found lots and lots of people wanting to play to me, needing help with their auditions,’ Wilson says. ‘I had two small children, I didn’t live in the centre of London and it was really difficult… one girl made a six hour round trip for an hour’s lesson with me. I said, "This is crazy."’

Teaching via video link (using a website called Zoom rather than the notoriously unreliable Skype) isn’t a new idea and a handful of the nearly 100 musicians Wilson has signed up since she came up with the idea last summer had done it before. You can also find music lessons through US ‘sharing economy’ start-ups like TaskRabbit and TakeLessons. But Wilson thinks Musical Orbit, which takes a 15% cut of lessons, is the first company to connect students with truly top-drawer teachers. 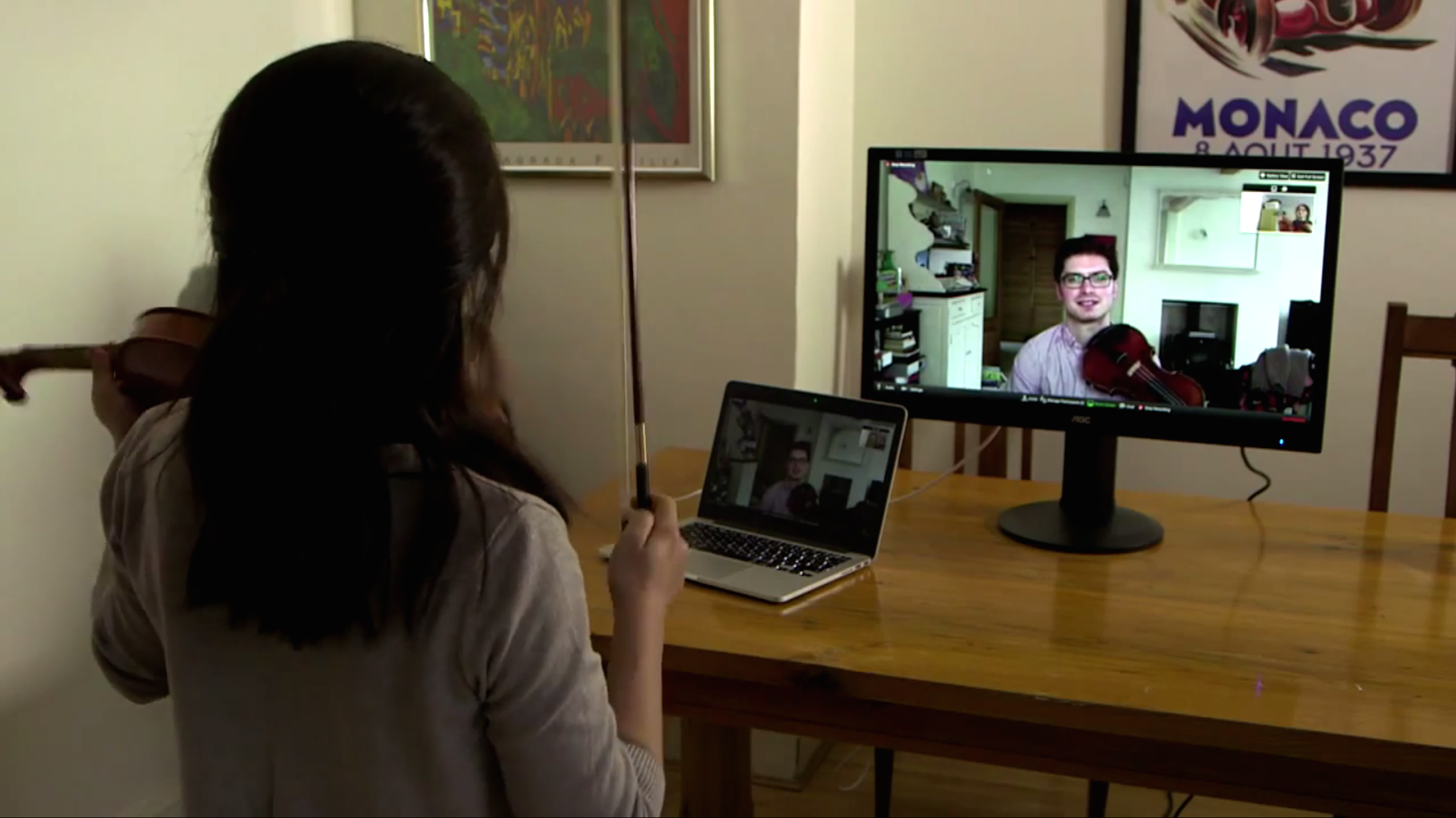 You can =have a world-class music lesson from the comfort of your home. Credit: Musical Orbit/YouTube

There were perhaps inevitable ‘teething problems’ with unreliable wifi when the site soft-launched in January, so it now provides all teachers with ethernet cables (although that won’t stop students potentially cutting out). The finest nuances of sound and technique may still be lost across video too. But Wilson insists those it try it haven’t looked back.

‘We are a bit reluctant as classical musicians. We’re so used to it having to be a very in the flesh, on-location experience,’ she explains. ‘[Musicians] were a bit dubious, as you can imagine, but the minute they’d done it they were thrilled to bits.’

‘Word is spreading now. I’ve had a few people now from all sorts of corners of the globe saying, "Can I join in?"’ she says. ‘I went out to find them initially.’ Anyone can book a lesson, but she says the price - up to £65 for half an hour – is likely to mean only serious students will book the most expensive teachers.

By the end of May fewer than 100 lessons had taken place, but Wilson says it’s increasing rapidly. And she seems even more enthused by the wider potential of the network she’s created. Musical Orbit will run some test webinars at music festivals this summer and has just signed a deal with an as-yet unnamed state music service in the Middle East to give teachers there ‘professional development’ lessons on their main instruments and more general webinars, and pupils pre-exam top up classes, both from September.

‘In Dubai they’re limited to a certain degree because they don’t have any oboe teachers,’ Wilson says, citing one potential opportunity (perhaps because the oboe is traditionally regarded as one of the trickiest instruments to learn). ‘Also the international schools, the English speaking ones particularly, we’re helpful for them.’ 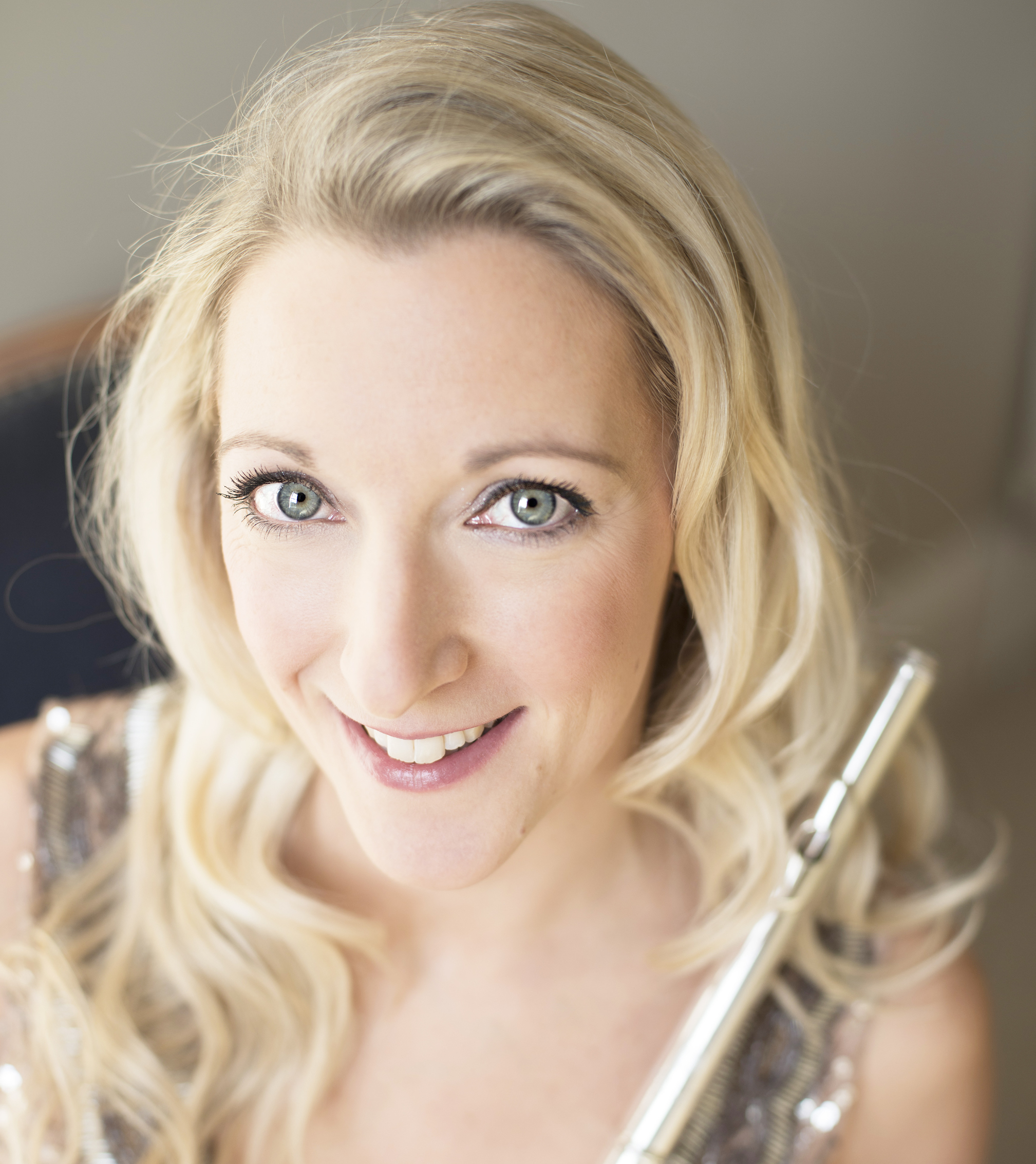 The majority of the business, which is solely run by Wilson for now, is already coming from abroad. ‘In America, they do it online at drop of the hat, because they have to, because it’s such a big country. Whereas the UK, we feel that we ought to be travelling because it’s not actually that far.’

So how did a professional musician end up becoming an entrepreneur? It wasn’t the flexible working – Wilson already had a steady, ‘family-friendly’ job as principal violinist at the English National Opera and now freelances as well as running the company, so travels more than she used to.

A friend gave her the book Rich Dad Coaching last year and she called their helpline and ended up buying business coaching. The book’s website is very ‘American’ – flush with claims you can ‘choose to be rich’. Nonetheless, Wilson says her coach Barbara, who she speaks to every week, has been invaluable.

‘I realised I had all these ideas, but I had no idea how to implement them,’ she says. ‘I was a violinist, I wasn’t trained any way in business, and I really needed someone to hand-hold and talk me through from the very germ of the idea right through to this point now.’

Wilson says she will eventually have to hire someone ‘to help me with the day-to-day paperwork,’ but for now seems positively brimming with excitement for all the work required by her nascent start-up.

‘Anybody wherever they live can have a lesson with these amazing players. It is an amazing thing, really, the internet. I’m still wowed by it.’