You might find it difficult to get very excited about office provision, but Adam Neumann doesn't. He says WeWork, the company he co-founded and is CEO of, is the product of a combination of perseverance, finding the right people, and most importantly finding 'a business that I really love.'

'If you’re in this to make money then it’s not going to work,' he says when I meet him at the company's new building on London's South Bank. 'You cannot build a great product today, whether physical or virtual, unless you really connect to it and you really love it.’

Co-working space for startups is big bucks nowadays, and companies offering communal space alongside shared offices have sprung up in startup hubs across the world. What supposedly makes WeWork different is its focus on building a community. 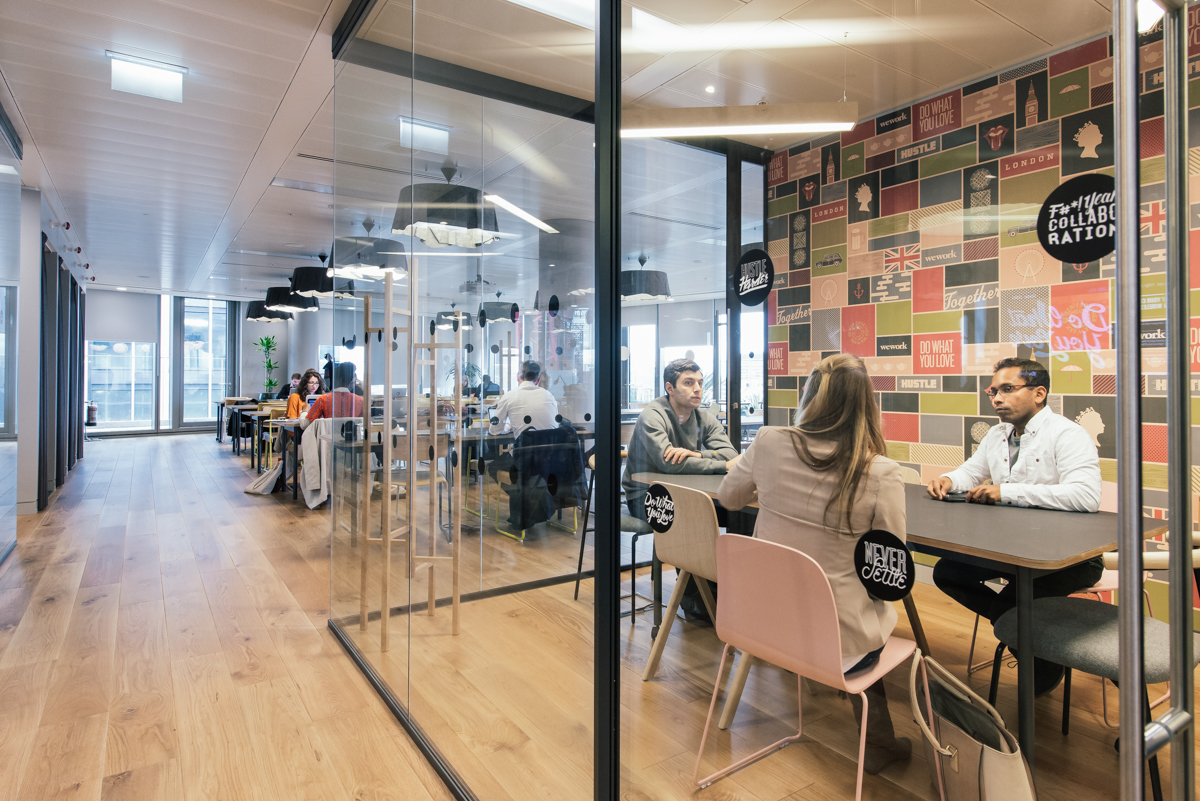 It's easy to roll one's eyes and be sceptical about such jargon-packed claims but it looks like Israeli-born Neumann walks the walk as well as talking the talk. WeWork now has 15,000 members in 21 locations across the US, London and Tel Aviv. When I spoke to Neumann in early December the business had recently been valued at $1.5bn in a $250m round led by JPMorgan. Since then it has attracted $355m (£235m) and a reported valuation of $5bn. WeWork is clearly going places.

WeWork is tapping into Neumann’s ‘new way of working’ by making its offices about much more than just space. Members have frequent social events and workshops, and there’s also an annual ‘Summer Camp’ event, where WeWork’s 250 staff and 1500 of its members get together for a weekend of activities at a lake in upstate New York.

'If you're going to build a business that’s based on community, your business has to have community in it,' he says. 'We build community through events, through communication, and sort of just that being the DNA of our company and that slips through and becomes the DNA of our members and our spaces.'

The offices aren't cheap. In its London office, at Shipping Containers House near the Oxo Tower, the list price for a single desk in a shared space costs £325 per month, and a private office for two costs £1300. But WeWork has developed quite a reputation in the startup subculture and the office was 80% full when it launched in October. Neumann says he has big plans for London and WeWork's second location in the city is due to launch in Soho soon.

WeWork is currently taking on about five people per week and was employing 250 staff at last count. 'In our business, the growth in the number of employees has been an interesting challenge because it’s a very different thing to manage 10 people, 80 people or 250 people,' Neumann says.

'I try to surround myself with people smarter than me – if I’m the smartest guy in the room I change rooms' he says. 'Even with really good people, if the business grows fast then someone who really fits one size doesn’t necessarily fit the other.'

WeWork isn’t Neumann’s first business. Early startups included a business selling women’s shoes with collapsible heels.‘Very clever but it didn’t work,’ he says. ‘We realized women take their shoes very seriously.’ He had more success with Egg Baby, a high-end ecommerce venture aimed at well-heeled parents, before meeting his WeWork co-founder, American Miguel McKelvey, who is responsible for the more creative aspects of the business. 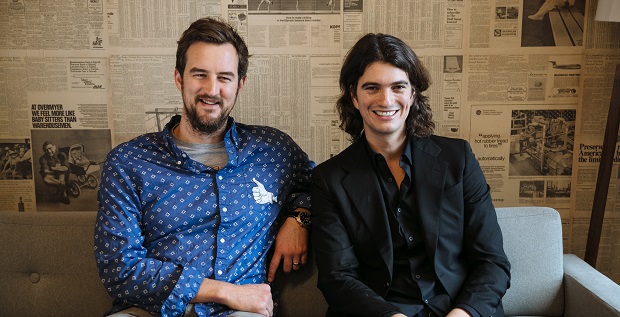 After finding success with an earlier office space startup, GreenDesk, the pair immediately invested the money they had made into WeWork's first premises in New York's SoHo area. The business has since expanded and this year there are plans to open three to four new buildings per month, including locations outside the US and Europe, and the company expects to turn over $400m this year.

It's undeniable that WeWork's growth is exceptionally rapid, and doesn't show any signs of slowing for now. But sitting as it does at the intersection of two of the most bubble-prone sectors - tech and property - it will need to be careful not to overstretch itself to avoid being vulnerable if the economy hits choppy waters again. Then again, given the amount of money the business has raised, Neumann has clearly managed to convince investors he is on to a winner.

He says the trick to getting backers to open their wallets is to tell a good story. 'Be the guy that delivers the goods and consistently promise things that you can deliver. Even if you under-promise it’s better than over-promising and not delivering because you don’t get a lot of tries.'

At the same time he cautions against a relentfess focus on attracting investors at the expense of working on the business itself. 'Spend as little time as possible raising the money and really build something meaningful,' he says.

Leading such a rapidly changing company isn't easy work of course. 'There’s a lot of pressure,' he says. 'My wife keeps me grounded. My children keep me focused on what’s really important. I try to work out when I can, I try to get massages when I can, I try to take care of myself because at the end of the day as an entrepreneur, your body and your energy is your biggest asset.'

Despite the pressure, Neumann comes across as someone who couldn't be in higher spirits. As I prepare to leave, he reiterates what he clearly sees as the most important thing about WeWork to him. 'It took me a long time and a lot of guidance to find a business that I really love. Only after I started doing what I love did everything else start working out.'