It seems that having the most complained about advert of all time isn’t so bad for business.

True to form the company’s trading update avoided the usual corporate jargon, saying it had ‘more ups and downs than Taylor Swift’s love life’ in 2014 and describing a run off unlikely football results as ‘the betting equivalent of Billy Bob Thornton landing Angelina Jolie.’

The accompanying quote from its chief executive Andy McCue was less unconventional. ‘2014 was an excellent year for Paddy Power with robust double digit growth in stakes, revenues and profits, and a marked increase in customer acquisition,’ he said.

'We are strongly positioned in the key growth areas of online and mobile, whilst also benefitting from a differentiated and resilient retail presence. Our distinctive brands and deeply rooted marketing capability are core assets’.

Marketing is indeed one of Paddy Power’s biggest strengths. It claims it spends about 21% of its costs on that compared to 27% for the industry at large and won the Quality of Marketing award at MT’s Britain’s Most Admired Companies last year. It would be fair to say its advertising is a touch controversial though. 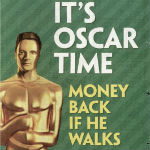 During the World Cup it upset the environmental lobby with photoshopped images of a message for the England team cut down from the Amazonian rainforest. Last year it also produced the most complained about British advert in history – which offered ‘money back if he walks’ in reference to Oscar Pistorius’s trial over the killing of his girlfriend Reeva Steenkamp.

The complaints are a badge of honour for Paddy Power more than anything. The company seems to have concluded that the sort of people who feel the need to write to the Advertising Standards Authority aren’t exactly in its target market and the more people whinge about them the more press attention they get. Plus the ASA is pretty much toothless anyway – ‘don’t publish this again’ isn’t much of a punishment.

Paddy Power says its focus now is on developing its product to attract and retain customers. But MT wouldn’t be surprised if one of its unspoken targets was to produce another ad that can top the complaint tables.