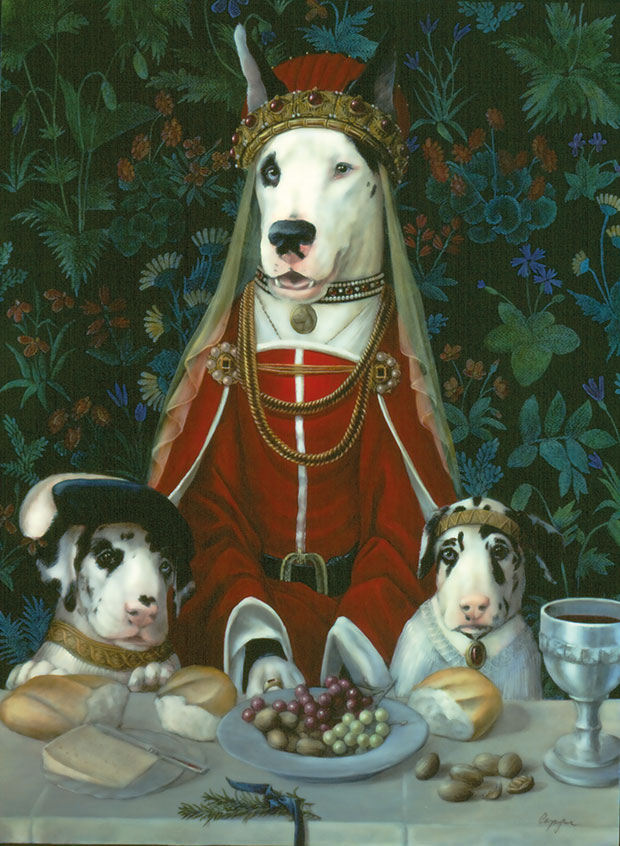 ‘With younger families, pets have become the substitute for the first child for the first few years of marriage,’ says Dan Smith, Nestlé Purina’s head of R&D, at the company’s Better with Pets European Forum in Brussels.

The event brought together around 100 vets and industry experts who discussed the issues affecting pet owners. Its purpose is to help support the company’s core belief that ‘when humans and animals bond, life gets richer’ its CEO in Europe, the Middle East and Africa, Bernard Meunier tells MT. ‘We [want to form] a kind of movement to make sure society understands the value there is in the bond between pets and people.’

One of the themes that stood out at the event was the issue of anthropomorphism – owners projecting human characteristics onto their pets, and treating them like people as a result. Once upon a time dogs would make do with the scraps from the dinner table and a dry corner to lay their head. Now they’re more likely to be chowing down on gluten-free food and sleeping in a £160 orthopaedic bed.

According to the ‘pet census’ conducted by insurance provider Petplan in 2011, 32% of owners buy a gift for their pets more often than for their partner, 31% would rather tell a secret to their pet than to their partner or best friend, and 15% would even include their pet in their will. More than half (53%) would consider breaking up with a new partner just because their pet didn’t like them.

Anthropomorphism isn’t a new concept but pet food companies have seized upon it with great enthusiasm. Although the basic styles of pet food remain the same as they’ve always been – dry ‘kibble’, wet ‘terrines’ and treats – manufacturers have been sprucing up their ingredients and branding in the hope of parting owners from more of their cash. So while you might not find burgers for cats or dog burritos at your nearest Pets at Home, premium ingredients like herbs, sea bass and cheese are increasingly common.

The latest product in Purina’s Gourmet range, for instance, is soup for cats – including whole shrimps and tuna loins in a ‘delicately refined broth’. The company has even launched the VIC (Very Important Cat) Club, essentially a mailing list for the discerning feline. ‘Your cat was born to enjoy the finer things in life,’ its website reads. ‘He is a connoisseur of quality, so naturally he has acquired a taste for Gourmet.’

In Britain, consumer spending on pet food has grown by 37% since 2011, reaching £2.8bn last year, according to figures from the Pet Food Manufacturers’ Association. Although the total volume of food sold dropped slightly last year, sales by value were up by 7.7%, suggesting that manufacturers are managing to make more cash by selling increasingly expensive food.

‘The trends in pet foods very often translate into the trends you can find in human foods,’ says Meunier. ‘The market is very dynamic – maybe to an extent you could argue it’s even more dynamic than the market for human food. Compared to 10 or 20 years ago people are ready to spend money on higher quality foods, made with higher quality ingredients that are scientifically tailored to the specific needs and lifestyles of [their] dogs or cats.’ 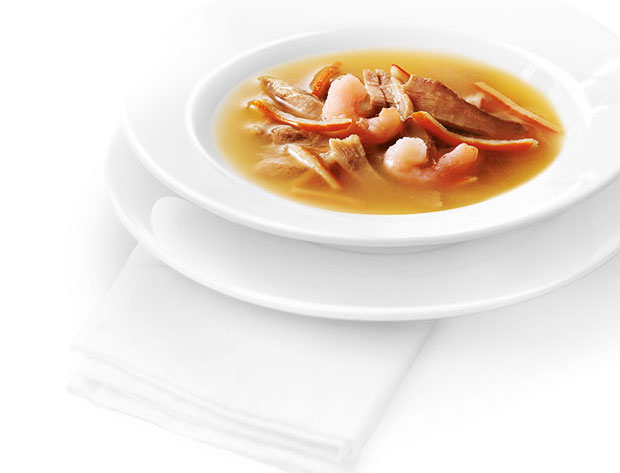 Purina Gourmet Soup for cats: a gastronomic bowlful of shrimps and tuna loins in a ‘delicately refined broth’

Nowhere is this trend more evident than in the chi-chi upper reaches of the market. Tucked among the restaurants and organic food shops of Chelsea Farmers Market, you’ll find Pets Pavilion, one of a chain of pet shops catering to the well-heeled clientele of west London. A fridge at the back of the shop is packed with ice cream for dogs, jars on the counter contain smoky bacon and fresh mint treats and the food that lines the shelves is full of ingredients like anchovies, venison and pheasant. There’s even Lily’s Kitchen Breakfast Crunch for Dogs, with yoghurt, berries, banana, honey and oats (as well as chicken livers and turkey).

This kind of nosh doesn’t come cheap. The breakfast crunch works out at roughly £1 per 100g, compared to 28p for Purina’s Bakers Complete (and about 40p for Coco Pops...). A 10kg bag of McAdams free-range chicken, green-lipped mussel and sweet potato dog food goes for £89.99, against £16.99 for a 10kg bag of Pets at Home Moist and Meaty Complete. Of course, the purveyors of premium food would argue that’s not comparing like with like, because their fare is more nutritious, but it’s still a big difference.

The rising demand for premium food isn’t just about taste and aesthetics. Just as healthy eating for humans has enjoyed a boom over the last decade or so, pet owners are increasingly concerned with helping their animals stay in shape. ‘There’s been a giant leap forward in pet care,’ says Will Bissett, a nutritionist at Pets Corner, which has more than 100 stores in the UK. ‘The thing that’s really good is...people taking an active care and interest in what they’re feeding their animals.’ In particular, there has been growing interest in hypoallergenic and grain-free foods that are said to be more gentle on an animal’s stomach.

Another trend the industry has latched onto is consumers’ interest in the provenance of their food. Purina has pledged to make its sourcing more responsible and says all of its seafood will come from ‘sustainable’ sources by 2020. It even has organic pet food products in the works, though this presents a challenge for the industry. Most mass produced pet food is made from the unused and unwanted material left over from the human food supply chain.

‘There’s not enough by-products from [the organic food] industry yet for us to use it in pet foods,’ says Smith. ‘So we would be taking food from the human food chain in order to satisfy that desire.’ As well as being ethically controversial, that would obviously add a higher cost too. Purina has made vegan food before, in India, but just for dogs. ‘Cats have a very specific need for animal proteins in their diet,’ he adds – though some other companies do make vegan cat nosh.

To get a sense of where the market is going next, you just need to look to the US, which Bissett describes as ‘five or 10 years ahead of us’. One of the big trends across the pond at the moment is towards pet supplements like probiotics and vitamins, sales of which exceeded half a billion dollars in 2014.

In America, Purina has a brand called Just Right, which recommends specific mixes of food based on the answers to questions about a dog’s weight, breed and lifestyle (from how active it is to the consistency of its stools). There are signs of a shift in this direction in the UK too. 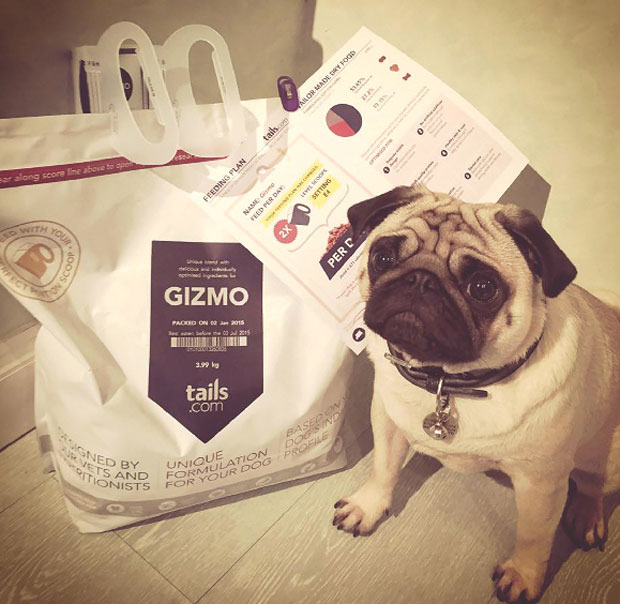 Gizmo the Pug keeps in tip-top condition with personalised food from Tails.com

Tails.com asks similar questions and uses the information to blend individually formulated kibble for each dog. MT’s fictional Great Dane, Rover, for instance is recommended a blend of 52.3% ‘complete vitality 29’, 41.7% ‘advanced mobility 21’ and 6% ‘enhanced activity 28’ – whatever that means.

‘Dogs are such a diverse species – from a 900g Chihuahua to a 100kg Great Dane, they have very different physiologies and needs,’ says the company’s CEO and co-founder James Davidson.  He says the business has racked up ‘tens of thousands’ of customers since launching in July 2014. It has also secured investment from the Innocent creators’ JamJar fund and is chaired by Graze box founder Graham Bosher.

Another new company, Pawtions (yes, really) creates bespoke-sized portions of food, to help people ensure they don’t overfeed their pets. ‘Dogs are very good at making their owners feel guilty,’ says MD Steve Turton. Taking human judgment out of the equation makes it easier to make sure you’re feeding them the right amount.

They might seem a bit frivolous but it’s not hard to see how these kinds of services could catch on. They fit snugly into the tradition of Graze’s snack boxes, whose explosive popularity has inspired a million food subscription services for people, from cheese toasties to craft beer.

Pawtions’ rationale touches on one of the big problems with anthropomorphism. Last year, the PDSA, a vet charity, warned that owners feeding their animals takeaways, cake and even alcohol were fuelling a ‘pet obesity crisis’. A survey it conducted found that 80% of vets believed there would be more overweight than healthy pets by 2020. That might seem odd given the increased focus on healthy foods but it mirrors a similar divergence in human society. While the popularity of superfoods and juice cleanses has surged, the population keeps on getting fatter. Perhaps we’re all just eating too much yuzu and wheatgrass.

It’s not just food that’s being anthropomorphised. If Baxter is too demanding to be put in normal kennels when you go away, why not check him into Cornwall’s Canine Country Club, ‘the only luxury dog hotel & resort to give your precious dogs the love, attention and exercise they need’? ‘Kennel suites’ start at £24 per day and there is a hydrotherapy pool on the premises. If Fifi has had a stressful week then send her off to The Pet Spa on London’s Fulham Road, where she can relax with a pedicure, blueberry and vanilla facial and even a mud bath.

Not everyone sees this as a healthy development, though. ‘People should be aware that they shouldn’t anthropomorphise this relationship,’ says Ádám Miklósi, a professor of ethology (the study of animal behaviour), at Purina’s conference. ‘They should understand that actually we are talking about another species...they are not humans, they are not little children, they have their own needs.’

On the way back from Pets Pavilion, MT spots a dog making a mess on the pavement. Its owner looks on, more in amusement than embarrassment, as a passer-by narrowly avoids stepping in it. Another reminder if one were needed that no matter how hard we pretend, our canine friends are not actually people. 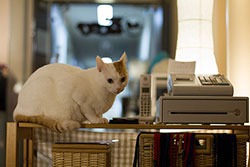 As people lead busier lives and the number of single person households soars, the sharing economy is spreading to animal companies. ‘What technology is letting us do in lots of areas is not own things, but have access to the benefits when we need them,’ says Henry Tucker, MD at market research firm The Futures Company. ‘Uber is a great example – I don’t own a car but I can access one when I need it.’ There’s potential for the same to happen in the pet industry, he says. The growing interest in cat cafés (left), where you can spend time with a feline while supping a latte, is one example of this. Another is BorrowMyDoggy, a London-based tech start-up that lets people walk strangers’ dogs, which managed to raise £1.5m through crowdfunding last year.

Carlos Ghosn: Landed as a legend, left in a packing crate

How to be taken seriously in business

How exec teams are getting ESG wrong

Leaders should show compassion, not hypocrisy