Station F is huge; 34,000 square metres to be precise.The public cafe leaves a smell of coffee in the air and young, fashionably dressed men and women bustle about the vast hall, debating with colleges or muttering into smartphones.

You’d be forgiven for expecting to find the world’s largest startup incubator nestled among the rolling hills of the Silicon Valley, but you’re in Paris and Station F is the beating heart of a bustling ecosystem - which alongside 100 incubators, 10,000 startups, also plays host to Le Cargo, Europe’s largest innovation hub - and is evidence of France’s growing stature as a leading European tech epicentre.

This might be suprising because traditionally France hasn't been seen as a particularly business friendly nation. High levels of wealth tax and strict business law have pushed startups away, but over the last couple of years there has been an explosion of investment into the country.

In 2016 France was second only to the UK in the amount of investment its startups received, at $3 billion. And last year French companies overtook the UK in the number of successful VC backed rounds, receiving 688 - the highest in Europe.

The growth has been driven by a few cultural and governmental changes. In 2016, the French government launched international startup friendly programmes. The French Tech Visa allows eligible overseas developers, founders and investors to be fast-tracked onto France’s visa-programme.

While the French Tech Ticket is a 12-month  programme of financial and partnership support that invites international entrepreneurs to set up in France. According to FrenchTech London, this was a scheme that 2,700 startups and 90 different countries applied for in 2016.

The the pro-trepreneur attitude of new(ish) President Emmanuel Macron has also made France a far more attractive place. Backing up his statements that he wants France to be a ’startup nation’ he has proposed slashing wealth tax in a further bid to appeal to investors and encourage business.

These reforms coincide with a general domestic cultural shift. Partly driven by breakthrough successful French startup stories like the long distance car sharing app BlaBlaCar, these have helped to ignite a new enthusiasm for entrepreneurship among younger generations.

Station F is at the forefront of this international push.

Opened in June 2017, Station F contains 30 different programmes run by a host of French businesses, business schools and international companies (Facebook, Ubisoft and Microsoft among others have incubators within).

Sounding more like a secret military base, the site has an entrepreneurial history itself. Located on the 13th arrondissement, the campus sits within (and takes its name from) a former rail depot built in 1929 by the French architect Eugène Freyssinet - who was a pioneer in the creation of prestressed concrete (very exciting). 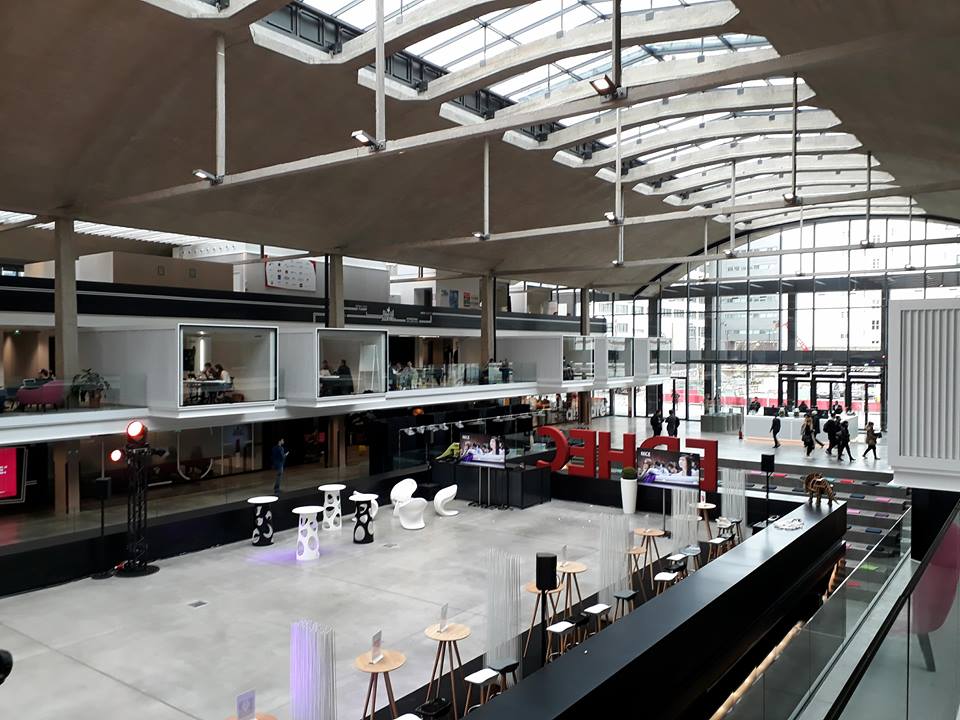 The abandoned station was acquired by the Xavier Niel, the founder of telecommunications company Free. The tech entrepreneur - who is often referred to as France’s Richard Branson -  has spent 250 million euros of his own money to renovate the station into a startup superhub with space for 1,000 companies and 3,000 desks, a 360 degree auditorium and even a Play Doh and Lego drenched creativity room. 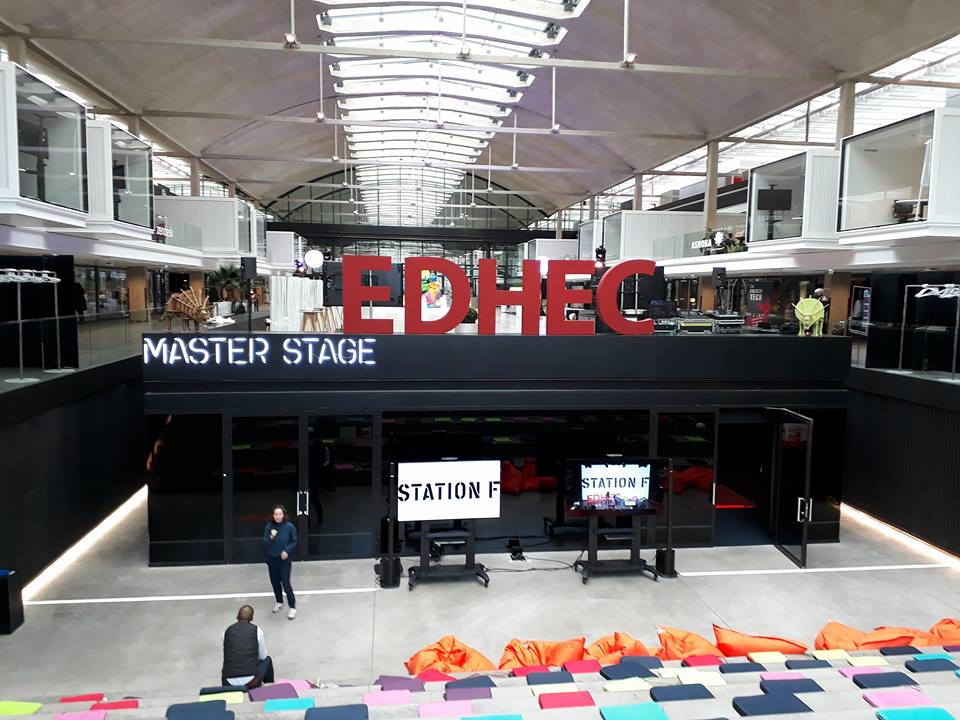 Startups from any country can apply and construction is already underway to provide on site living quarters for 600 entrepreneurs. ‘This is aimed at the entrepreneurs who come from abroad and may struggle to find places in Paris,’ says Rachel Vanier, Station F’s Communications Director.

What does this mean for the UK?

While the noises from Paris are all positive, with the ever approaching break away from the EU will London be able to keep its place as Europe’s leading tech epicentre?

‘I don't think Paris's growth will be at the expense of London and London's tech community at all,’ said Russ Shaw, founder of the Tech London Advocates.

Pointing to the strong links between London and French entrepreneurs that already exists he believes that a stronger Paris means a stronger London. ‘What will be interesting though is to see how French businesses will fare with time’.

Looking at the figures the UK is still soaring ahead.

It was a record year for London tech investment and figures released by Dealroom.co (a VC database) reveal that 37% of all venture capital investment in Europe went to the UK -  a staggering 7.2 billion euros and more than ever before.

Station F shows that France is heading in the right direction, but as Russ points out, time will tell whether the French startup revolution really holds legs.

By Éilis Cronin
35 hours ago
Women in Business