In 2010, Tim O’Reilly was dubbed ‘the Oracle of Silicon Valley’ by Inc Magazine, a term that immediately made MT suspicious. Surely, we thought, the world doesn’t need another spaced-out, Kool-Aid infused Californian guru with a touch-screen crystal ball.

But O’Reilly is far from that. For a start, his manner is closer to an Ivy League philosopher (he studied classics at Harvard) than a clichéd tech entrepreneur, and his credentials as a prognosticator – and a pioneer – are actually quite impressive.

Having founded the respected and influential computer manual publisher O’Reilly Media in the early 1980s, he went on to launch the world’s first commercial website in the early 1990s. Later, he was at the heart of the development of open source software, a term he popularised alongside ‘Web 2.0’ and the ‘maker’s movement’.

A convener and a conceptualiser as well as the CEO of a nine-figre revenue company, he’s made a habit of being (mostly) right about tech trends over many years. To coincide with the launch of his new book WTF?: What’s the future and why it’s up to us, he tells MT some of his secrets.

MT:  What’s the trick for seeing trends before everyone else?

O’Reilly: I always try to see what’s not being noticed in the current narrative. We frame things in terms of what we know now – so for free software, everyone focused on Linux as a replacement for Windows, but what I found fascinating was that it was enabling this new kind of software for the internet.

The traditional narrative now is that innovation is all entrepreneurs and VCs – that really misses the point. Innovation often comes in markets that people don’t expect, starting with people who are enthusiasts. I always pay attention to those kinds of people.

Of the great entrepreneurs I know, there are some who were seriously intent on becoming entrepreneurs – Bill Gates, Steve Jobs, Jeff Bezos. But Larry [Page] and Sergiy [Brin] were just trying to do something interesting. We under-rate the accidental entrepreneur, who makes something happen because they love what they do and think there’s a problem worth solving. Google’s greatest achievements were when they were motivated by access to all of the world’s information.

O’Reilly: The maker movement is a good example of that. There’s an argument in economics that when economies become extractive, they tend to collapse. That’s exactly what I observed in technology, with what happened to Microsoft. They saw word processing – oh, that’s a good application, we’ll take that – spreadsheets, databases, bit by bit using their platform dominance to take all the good retail estate, squeezing out all the value for themselves, and in the process wiping out their ecosystem and missing the next big trend in tech.

MT: You applied that lesson to your own business, didn’t you? 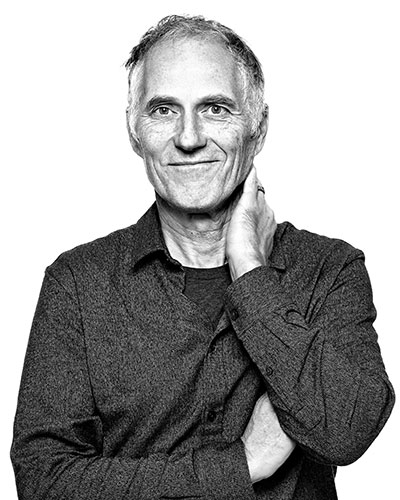 O’Reilly:  Back in the year 2000, we realised that our business wasn’t really putting books on shelves, it was changing the world by spreading the knowledge of innovators, and we realised there were other ways of doing that. So we built our conference business, started a VC firm, and launched [ebook service] Safari, seven years before the Kindle.

We came up with a business model that encouraged other publishers to participate, because we found we’d bring more value to our customers if we did. So we went to our competitors – some of whom literally had a part of their company called ‘the O’Reilly killers’ – and made a joint venture with them. In a recent management meeting, we saw this new feature was going really well, but we were taking too much of the revenue – we needed to evangelise harder, to make the platform more vibrant.

It’s thinking about the value you create rather than the value you capture. If you just try to capture it, eventually it will just slip through your fingers.

MT: It’s become a bit of truism that change is happening faster and faster. You’ve seen a lot of it first-hand – do you think it is?

O’Reilly:  I don’t buy that idea actually. The internet was created in the 1970s – we’re heading for 50 years ago. My mum grew up at the back of a mill – her parents worked at the mill, her grandparents worked there, her great-grandparents worked there. If you put the development of the web next to the development of the fabric mill, we just collapsed the history. It’s true not just in tech but in the arts: in some future, people won’t remember when Elvis Presley was relative to the Rolling Stones.

We’re entering this whole era of AI, cognitive augmentation, the augmented worker, but it’s in the early stages. It’ll probably take 50 years to mature, just like it did with the web and with the mill.

MT: Should we be fearful about when AI does mature?

O’Reilly: The dominant narrative that automation will take jobs just seems wrong-headed to me. It assumes we’re simply going to do the same things more cheaply, and that’s never been true. People hate on Amazon and Uber, but Uber’s put millions more people to work than ever worked in taxis.

We’re in a period of transition, and I’m not saying Uber jobs are good jobs. There needs to be improvement there. But the thing that gives me hope is that the algorithms managing people for Uber aren’t just optimising to save costs. The objective is to be able to pick up a passenger in 3-5 minutes, and that means you need to have enough drivers. Amazon added 45,000 robots between 2015 and 2016, but 250,000 people. They didn’t say we can do the same thing for less money, they said we can do more.

MT: But plenty of people are losing their jobs to the AI that is designed to cut costs.

O’Reilly: That’s because that’s what we asked it to do. We’ve bought off on this algorithm for our entire financial system which says treat people as costs to be eliminated and optimise for shareholder value. We are getting the economy we asked for.

If we ask tech to put people to work solving the world’s problems, if we want to pay people well, we can. The maps are just wrong. Why do we call it an investment when Carl Icahn buys $3.6bn of Apple stock? Apple didn’t need money from Icahn. It’s just gambling. Look at companies like Cisco – the net amount of buybacks has been greater than all of its profits since 1982. It’s basically the looting of the company and the economy by financial players.

MT: Are you optimistic this will change?

O’Reilly: I’m neither an optimist nor a pessimist. I’m excited in a way by the Facebook fake news story, because we can see Facebook didn’t mean to create hyper-partisanship, they thought their algorithms would reinforce social connections – and now we expect them to fix it.

We bought into this idea that this would make the economy more robust and it hasn’t, it’s hollowed it out. That’s the equivalent of fake news, so let’s fix it. If we want something different, we have to ask for something different. It’s up to us.

MT: But who is us, exactly?

O’Reilly: We’re effectively creating a global brain with social media, with ideas spreading from mind to mind, so our collective belief really matters, what we agree on as reality. None of our beliefs are a fixed reality. We once believed in the divine right of kings, but suddenly around the end of the 18th century people were saying I don’t buy that any more. We have to believe in the future we want, and all these beliefs we collectively have can have an enormous impact.

WTF?: What's the future and why it's up to us, by Tim O'Reilly, is published by Random House Business.

Superforecasting: The role of generalists in predicting the future