If you buy a pair of jeans online from a high street retailer they’re likely to travel a long way before landing on your doorstep. Chances are they’re currently sitting on a warehouse shelf in the so-called logistics ‘golden triangle’ between Birmingham, Nottingham and Northampton. Once you place your order they’ll be packed into a box, put on a lorry, taken to a courier’s distribution centre and then driven through the night to a local depot, where they’ll be sorted again and sent out for delivery. All that, despite the fact an identical pair is probably hanging on a rail in a shop down the road from your house.

Quiqup (pronounced ‘quick-up’), a fast-growing logistics start-up backed by the takeaway giant Delivery Hero, sees that as an opportunity. Rather than delivering products via a complex national network the company picks and packs products from the shelves of shops near its customers. ‘We see ourselves as providing retailers and high street brands with a way to compete with Amazon,’ CEO and co-founder Bassel El Koussa (pictured below) tells MT. ‘We see fulfilment in the future being more efficiently done from the local marketplace.’

It might not be as cheap a solution as packing thousands of units onto one lorry, but Quiqup’s fleet of couriers (known as ‘Quiqees’) are seriously fast. If you can’t wait until tomorrow for that tube of mascara or pair of headphones, it will bring them to you within minutes. It started out as a service just for consumers, sourcing whatever people wanted from whichever stores were near them. But last year it shifted to a partnership model, signing up retailers that wanted to offer speedy delivery to their customers. 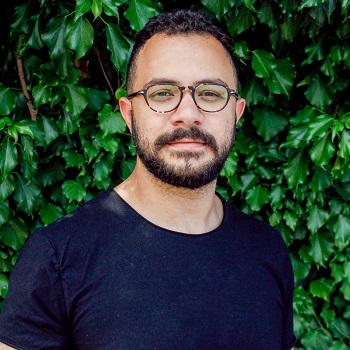 It’s a similar model to that of Deliveroo, the upmarket takeaway company that has taken the nation by storm. Log on to Quiqup’s website or open the app and you can search through a selection of shops – from Whole Foods to Argos, Uniqlo and a host of independent stores. Choose what you want and pay a delivery fee (from around £1.50 to £10 depending on the retailer) and a Quiqee will go and collect your order.

At the moment the service is only available in inner London but there are plans to expand the service to the whole area within the M25. Other cities are set to follow sometime this year but it’s unlikely to work in more rural areas – the low density of shops and customers meaning the numbers are hard to stack up. Quiqup’s revenue figures to date remain a secret but it has a team of 80 office staff (‘and three dogs’) and has thus far completed more than 500,000 deliveries.

Born in Lebanon, El Koussa spent time working in his family’s manufacturing business, in a car garage and as a DVD salesman before moving to London to study finance. He started Quiqup in 2013 with four co-founders, all of whom remain part of the business. ‘It’s one of our strengths, he says. ‘Five co-founders, against all odds we’ve found a way to work with each other and we have this really good dynamic that’s evolved between us. You know that there’s someone in every part of the business that you trust 100%.’

He says the hardest aspect of starting a business is actually getting started. In the early days ‘we spent a good three or four months sitting in a room just arguing about things that were conceptual and then as soon as we got out there we realised our world was entirely different to what we thought it would be...If I were to do it again I would cut the time between when we decided to start the business and when we went out there by half at least.

‘When we first started out we had a customer who ordered an entire garden, plus the gardener, from us. Literally trees, grass, pots, plants. We hired a zip van, put everything in - and the gardener - and delivered it.’

One of Quiqup’s biggest challenges at the moment is matching demand for deliveries with supply of couriers. ‘It’s a real science and an art, man,’ says El Koussa. ‘We have our data team, they’re responsible for constantly understanding user and business behaviour. Every week they literally forecast, depending on a set of variables and factors, what demand will be every single hour of the day in every location in the city.’ 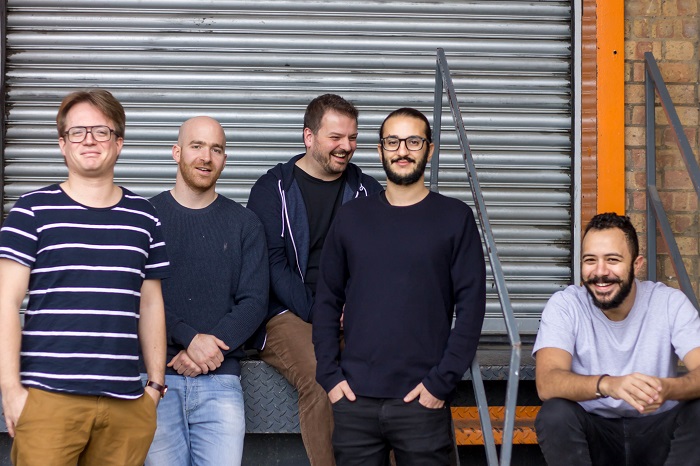 It has signed up more than 1,600 couriers but faces competition in that regard from the likes of Uber and Jinn (a similar service to Quiqup) and the aforementioned Deliveroo. ‘Quiqees come to Quiqup for several reasons,’ says El Koussa. ‘One is we tend to have a good working relationship. And they end up doing a lot of more different tasks than they would do with other companies. They’re walking into a department store, then they’re at a restaurant, they’re picking up a garden.’

Outside of work El Koussa likes to fly planes. ‘You’re up there and whether you like it or not, you will disconnect from everything else. You get a lot of perspective and can see the world below you. When you’re up in the sky you really find your peace every single time.’

It’s easy to see how an innovative logistics firm like Quiqup could become an acquisition target for the likes of Amazon - or indeed Delivery Hero. Would he like to sell out for big bucks and spend more time in the skies? ‘I’d like to say that we’ll take it all the way and be able to continue to run Quiqup and evolve it into whatever it’s going to evolve into. But we are commercial, and I don’t know what the future holds.’