British computers don’t exactly have a good rep. If you ask a stranger to name one, there’s a fair chance they’ll say ‘Amstrad’ and laugh before walking away (or calling the police). As high-powered desktops lose ground to mobiles, laptops, tablets, phablets and even smart watches, however, one British computer brand has been busy breaking records.

Raspberry Pi is the anti-Apple, a credit-card sized, skeletal computer that prides itself on paying no attention whatsoever to ease of use. It sells for £25 and has just shifted its five millionth unit after only three years in production. This makes it the best-selling computer model ever for a British company.

The Pi was conceived in 2006 by a group (or should it be a circuit?) of computer scientists at the University of Cambridge, concerned that the growing sophistication of modern machines had made it harder for children to learn coding for themselves, as the generation weaned on BBC Micros and Sinclair Spectrums had.

‘I want us to have a functioning first-world economy when I am old to pay my state pension and we are not going to have one unless we have engineers,’ co-founder Eben Upton told the Guardian last year. 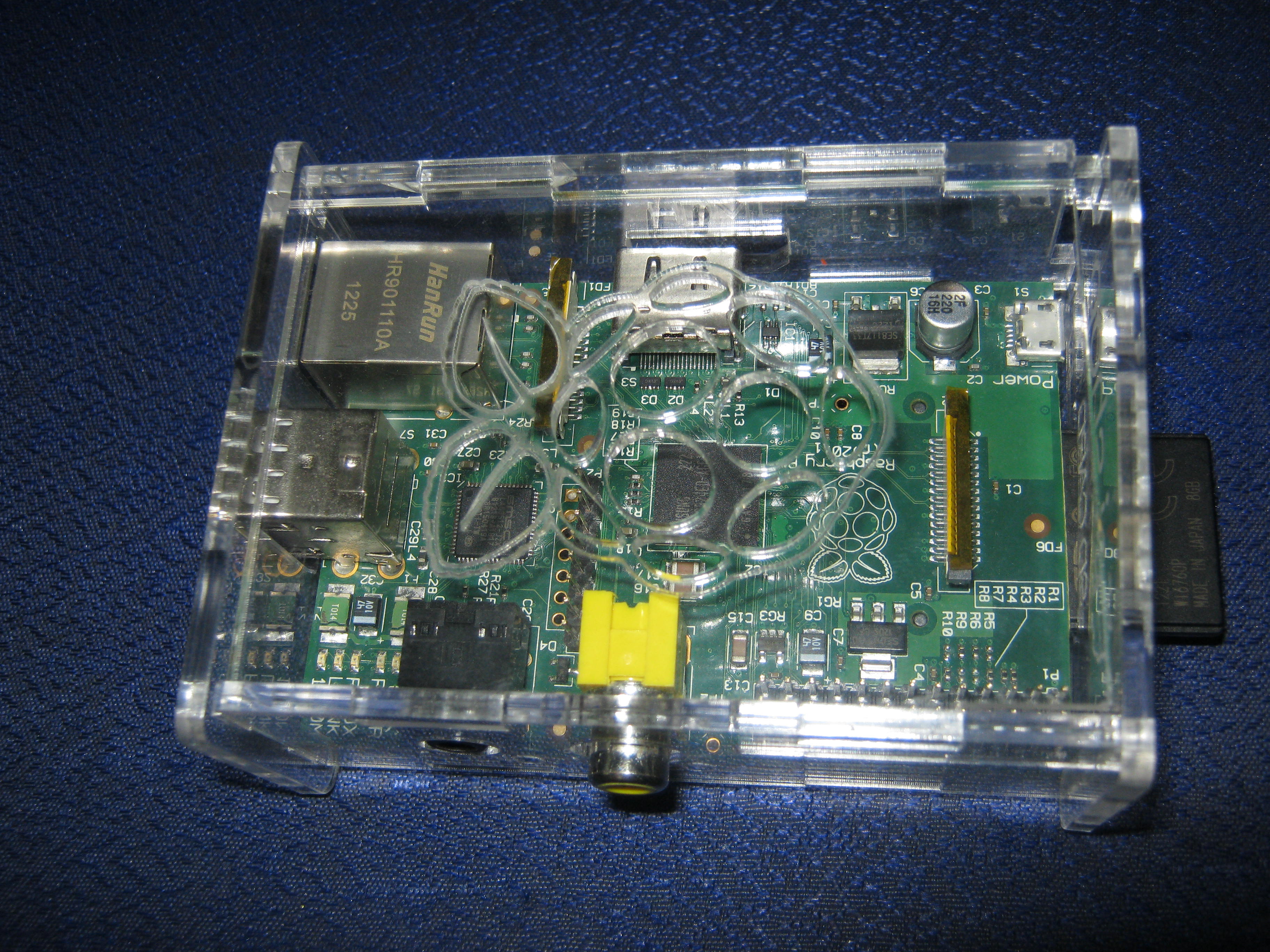 The Raspberry Pi's transparent case is designed to help demystify the computer for consumers. Credit: Nagababuarava

They set up an educational charity, the Raspberry Pi Foundation, and set about developing a super simple device kids could code on, though the idea only really became viable with the development of smart phone chips capable of processing multimedia.

The first units were shipped from China in February 2012, with production later shifted to Britain by licensed manufacturers RS Electronics and Premier Farnell.

Why wants a slice of Raspberry Pi?

A key reason for the computer’s success is, to paraphrase Weird Al Yankovic, that it’s cheap and nerdy. It's good for hobbyists who have little room in their budget or their mum’s basement for another expensive machine, or parents who like the idea of their prodigious yet hyperactive six year old learning to code in a way that doesn’t involve their £2,000 desktop, a chocolate milkshake and an embarrassing trip to PC World.

Sales have also been boosted by educational establishments. Schools looking for an inexpensive way to get ahead of the coding curve have been joined by techie philanthropists drawn to a good cause. In 2013, Google executive chairman Eric Schmidt went to Cambridge to help give out 15,000 of the machines to British children.

Perhaps surprisingly, small businesses have also found uses for them. The Pi is simple (it’s a single board with an Ethernet port, an SD drive for an external memory chip, an HDMI slot to connect to a screen and USB ports, where it charges), but that also makes it adaptable. Among other things, it can be programmed as a small server, a connectivity trouble-shooter or a digital sign manager at low costs.

It took 18 months to sell the first two million Raspberry Pis; it’s taken half that time to sell that last two million. Although competitors like Imagination’s Creator C120 and lego-like Kano are emerging, the market for cheap, programmable devices is hardly saturated, particularly when you consider that sales have largely been only in the Europe, the US, Japan and Korea, where price is less of a driver.

Throw in the forthcoming release of the Raspberry Pi 2, an upgraded model using cutting edge ARM chips (and, bizarrely, coming with Windows 10 as well as its usual Linux based operating system), and sales aren’t likely to slow down.

Don’t expect the Pi to replace your desktop or iPad, however. The last two centuries’ trend towards convenience and ease of use is unlikely to reverse any time soon. Rather, you’re best off waiting for the energetic computer engineers who grew up tinkering on these devices to develop the next generation of idiot-proof software for the general, lazy consumer. If you can be bothered, that is.

34 hours ago
Women in Business