A few weekends ago, I found myself nervously waiting for the ad break during Downton Abbey to see the new Lloyds Bank brand get its first primetime airing. It may not sound like a career high (Downton has its longeurs), but I’ve had none bigger. When you work on a rebrand for nigh on two years, nothing beats finally getting it out there.

Certainly, as rebrands go, I’ve never experienced a more complex and demanding task. The transition from Lloyds TSB to Lloyds Bank meant creating two brands, not one; dealing with a change to legal entity as well as trading style; and, in transforming the entire bank, dealing with a ferociously complex number of stakeholders and governance processes. Oh, and did I mention the introduction of a new brand strategy?

We had the mixed blessing of having time on our side. It was back in 2009 that the European Commission ruled that Lloyds Banking Group had to divest a chunk of its business, giving the bank until November 2013 to complete this massive undertaking. Once TSB had been selected to take on this task – the ideal brand to do so, since it retained genuine advocacy – we needed to refresh it for its re-emergence. This was principally a matter of reviving and updating its established equity rather than creating something new. 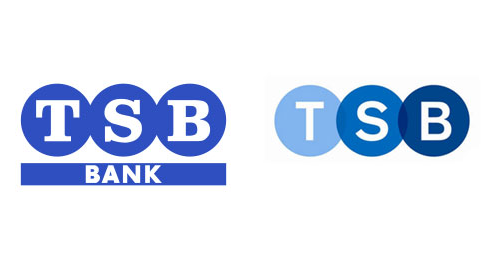 The Old TSB logo on the left, new version on the right

Turning Lloyds TSB into Lloyds Bank entailed a similar challenge – only on a far greater scale. After all, this is a brand that is only a couple of years shy of its 250th birthday. A brand with extraordinary equity, and reach well beyond the high street into specialised realms like wholesale, international, and private banking. As the new brand strategy took shape, we became convinced that a masterbrand approach was required to unify the business, signal decisive change, and build equity in the new Lloyds brand.

For a brand strategist like myself, there’s a beautiful simplicity to the masterbrand approach that negates the need to deliver multiple variants of the core brand thinking; to our clients responsible for selling it into the business, however, a whole world of pain. Together, we spent a lot of time developing hypothetical examples to enable different business owners to understand how the masterbrand would work in practice for them, and sign off our approach before we got down to the hard graft of constructing the new brand.

If this wasn’t complicated enough already, the business was in the process of reviewing and refining its strategy. A few months after António Horta Osório’s appointment as CEO in 2011, he delivered a high level strategic review that set the bank in a clear new direction and mandated internal reorganisation. So there were many occasions during the development of the new brand when we had to accommodate adjustments to customer segmentation, business priorities, and significant product offers.

And then there’s plastics. In our wonderfully fast-paced digital age, it comes as something of a shock when you realise that lead times on the printing of new credit and debit cards, as well as branch fascias, are insanely long. So long, in fact, that we had to deliver finished designs for these crucial elements – things that customers see and use almost every day – a whole six months before we had figured out everything else. 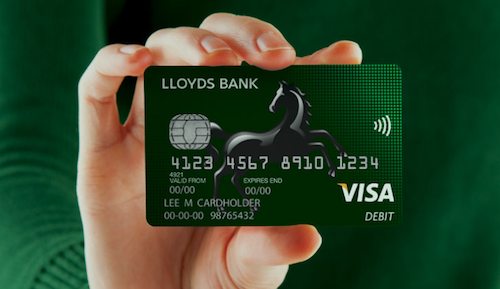 We were blessed with a brilliantly insightful client who turned the challenge into an opportunity to get the business to agree to a set of fundamental brand principles. This created valuable clarity and momentum for our design team who then, in the words of our client, went on to ‘smash it out the park’.

Far from being constraints, these core principles powered our creative. For example, we had to find one ownable typeface that would work across the entirety of the business – in other words, be as suitable for an outdoor advertising campaign as a detailed business newsletter, private banking brochure or web banner. Several hundred were surveyed, some twenty or thirty were tried and tested in detail, and one clear winner emerged: Jack, a typeface with real distinction and extraordinary versatility.

That was one key decision. Another was the drive to dive into the colour green, long associated with Lloyds but in recent years an under-utilised asset. Switching so much of what was formerly white space into a deeper, richer colour palette went a long way to unlocking one of our key challenges: how to deliver a vibrant, contemporary brand with a strong sense of traditional values underpinning it.

Giving the iconic black horse a stronger, more central role cemented this further. During research, we found that this brand icon was recognised by some 97% of UK respondents as belonging to Lloyds – marginally higher than Apple’s apple. Armed with that knowledge, we developed a more flexible approach to branding, ensuring that the black horse is always placed with real prominence and pride. 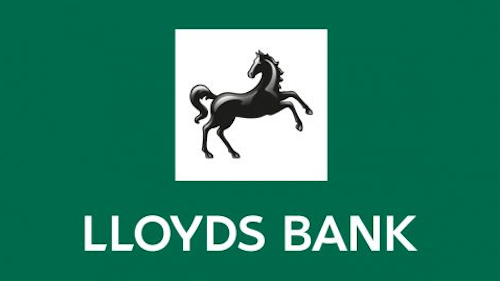 Last but not least was the development of the imagery. Having sat through a lot of research groups, it’s fair to say that there are an awful lot of people out there who are bored with banks being so, well, rational and bank-like. We were determined to break the mould and stand out from the pack with a more emotional and impactful approach. So we went to enormous lengths to find beautifully art-directed images that, together with a fresh tone of voice, would genuinely engage customers and perhaps even surprise them.

So when I finally saw Lloyds Bank make its debut, all the long nights and painstaking days instantly paid off. I’d like to think the other 10.5 million watching ITV that night would agree with me.