If you were in any doubt about the importance of corporate reputation then the plight of two major theme parks should change your mind.

Across the pond, Seaworld has been feeling the after effects of Blackfish, the controversial 2013 documentary that accused it of mistreating its Orcas - the prize horses in its aquatic stable. Earlier this month the company was banned from breeding any more killer whales at its California park, and yesterday it announced plans to ditch its Shamu shows (named after the park's original Orca) altogether.

The shows are probably Seaworld’s best-known attraction and one of its biggest draws. The company is spending $100m on its new 'Blue World Project', an orca exhibit that will focus more on research, education and conservation. It certainly looks less exploitative, but getting the same number of punters through the doors isn’t going to be easy.

Back in Blighty our biggest theme park operator, Merlin, has been having a tough time of things too. The accident on its Smiler rollercoaster at Alton Towers back in June, which led to two visitors having their legs amputated, has weighed on ticket sales. 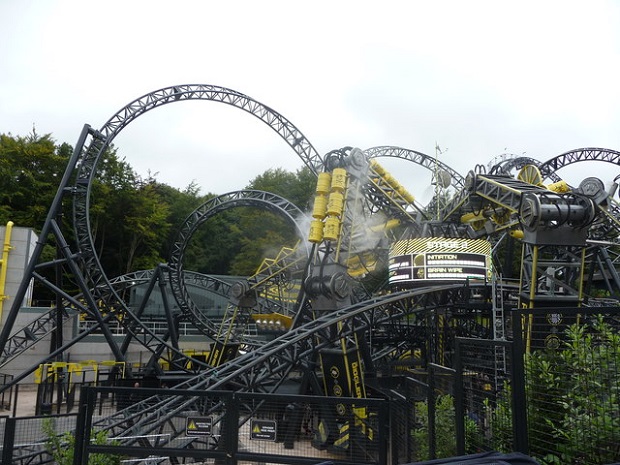 The Smiler hasn't been so jovial for Merlin. Credit: Jeremy Bolwell/Geograph

Though Merlin boss Nick Varney was praised for his handling of the crisis, it's clearly not been enough to stave off problems. Like-for-like revenues in its Resorts Theme Parks division were down 11.4% in the 36 weeks to September 5, and yesterday Merlin confirmed that it was looking to restructure it in a move that could cost 190 staff their jobs.

'At the end of a very difficult year, Alton Towers Resort has confirmed a proposed restructure of the business to be completed in time for the opening of the new season in March 2016,’ it said in a statement. ‘Regretfully, however, it may result in the loss of up to 190 salaried jobs across the resort.’

Theme parks succeed by creating an irresistible sense of magic and wonder. Unsurprisingly, amputations and allegation of animal mistreatment detract from that.