It’s been a big year for Emma Walmsley (pictured above), chief executive of Britain’s biggest drugmaker GSK. She was nominated to the board of tech giant Microsoft. She was named as one of the most powerful businesswomen in the world by Fortune. She became the highest-paid female in the FTSE 100, with a total pay and bonus package of nearly £6m, and she’s just been voted Britain’s Most Admired Leader – for the second year running.

Described by her peers as "nice but utterly ruthless" and a "strong and dynamic leader with a steely focus", Walmsley was born in Cumbria and educated at St Swithun’s girls’ school in Winchester. She went on to study classics and French at Christ Church College, Oxford, crediting her military father,
vice-admiral Sir Robert Walmsley, for her work ethic and "disciplined execution".

After university, she spent 17 years with the French beauty group L’Oréal, including stints living in New York, Paris and London before moving to Shanghai with her husband and four kids to run the company’s Chinese consumer products business – overseeing global brands including L’Oréal Paris, Maybelline and Garnier, as well as Chinese skincare brand Mininurse.

A networking lunch in 2010 with Sir Andrew Witty, the-then CEO of GSK, turned into a job offer: would Walmsley move back to the UK and join the pharma firm as president of its global consumer healthcare business? While she admits it was the "opportunity of a lifetime", her first instinct was to decline. In an article on leanin.org, she says she spent a week persuading herself that she’d be insane to do it: she was an outsider, she  didn’t feel qualified and she wondered if "a mum and wife could take on something so big."

Despite her reservations, she took the job – a "bungee jump into the unknown". Seven years later she became CEO, making her the first woman to run a major pharmaceutical company. On taking the reins, she told employees that they would be judged by the level of courage they displayed, then set about making her own bold moves – dramatically reshaping the company, replacing or moving two-thirds of the senior leadership team, sharpening accountability, and prioritising the discovery of big blockbuster drugs to replenish the firm’s ageing portfolio.

Her pace is ferocious. This year has been marked by a frenzy of acquisitions and smart bets, including a joint venture with Pfizer. The deal, which combines GSK’s consumer brands, such as Sensodyne, Aquafresh and Panadol, with Pfizer’s Advil and Centrum, creates a consumer goods giant headquartered in the UK with combined sales of nearly £10bn. The new business will be spun out within three years into an independent company with a separate listing on the London Stock Exchange.

Walmsley has also set a three-year timetable for breaking up GSK into two separate businesses, one focused on consumer health and the other on pharmaceuticals and vaccines. "To be truly world-class, you have to have a clear purpose which you stick to unwaveringly," she says. This leader is not for turning. 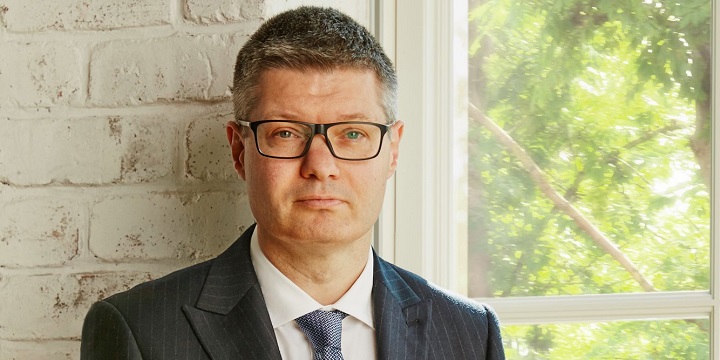 While the retail apocalypse has continued to claim victims this year, with brands such as Debenhams, Patisserie Valerie and Mothercare collapsing into administration, high street stalwart Next has held its ground. It reported a 3.7 per cent rise in sales to £2bn and pre-tax profits of £319m for the first half of 2019. And Lord Simon Wolfson, who has run the FTSE 100 firm since 2001, is confident that Next will "continue to prosper".

Online, he’s turned Next into a multi-brand retailer, adding labels such as Adidas, French Connection and Boohoo. "Over the last five years, we have radically changed the way we do business," he admits. "We have accepted and embraced the challenge of competing against ourselves... We want to slowly
but surely become the first choice for people online. We can only do that by extending our offer."
In stores, he’s partnered with mobile operator O2 to trial a new "shop-in-shop" format. Shoppers will be able to buy O2 products and services alongside Next’s clothing and homeware in a move both brands hope will appeal to consumers seeking convenience.

He has also set out a detailed 15-year "stress test", modelling how Next might perform in an environment of declining bricks-and-mortar sales, decreased rents and rates, and continued online growth. It’s what Lord Wolfson describes as a way through the woods: a "realistic scenario under which we might deliver a growing, profitable and potentially world-class online clothing and homeware business." He believes that with continued innovation, execution and a "myriad of independent experiments and small decisions", Next has the power to generate £12bn of pre-tax cash flow over the next 15 years.

Lord Wolfson comes from a family of great leaders. His great-uncle was Sir Isaac Wolfson, philanthropist and chairman of Great Universal Stores, the one-time powerhouse which owned Burberry and Scotch House. His father David was chairman of Next in the 1990s. Lord Wolfson joined the business in 1991 after studying law at Trinity College, Cambridge. He started out as a store assistant at the Kensington branch and powered through the ranks. Ten years later, aged just 33, he became the retailer’s youngest-ever chief executive. He’s been steering the ship ever since, quashing any accusations of nepotism by establishing himself as "one of the most highly regarded figures in the sector", according to Helen Dickinson, chief executive of the British Retail Consortium.

A Conservative peer and prominent Leave supporter, Lord Wolfson is one half of a power Tory couple; his wife Eleanor Shawcross is the former deputy chief of staff for the ex-Chancellor George Osborne. He is extremely media-shy and hates talking about himself, refusing to take part in any profile-style interviews.

He owns a £90m stake in Next, having sold £10m of shares earlier this year. Despite his vast wealth, he continues to wear off-the-peg suits from his own stores. 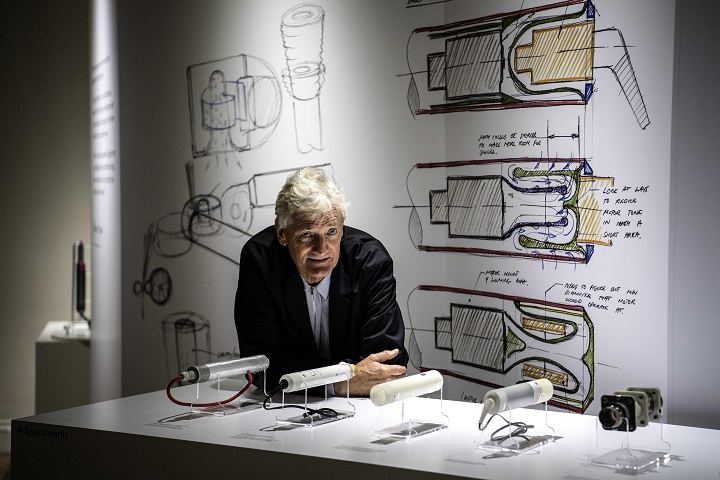 It is said that to be an overnight success takes years of effort. So it has proved with me." Frustrated with his family’s vacuum cleaner, James Dyson set out to invent a better version in 1978 using a cyclone to lift dirt. He spent the next five years developing the technology, working on licensing deals – and sinking further into debt: "My wife sold paintings and taught art classes, and we borrowed, and borrowed, and borrowed," he says. "We grew our own vegetables, and she made clothes for the children." Five thousand, one hundred and twenty-seven prototypes later, he signed a deal with a small Japanese firm called Apex and the world’s first bagless vacuum cleaner – called the G-Force – hit the market, selling for $2,000 a piece.

He set up his own manufacturing business in 1993, opening a research centre and factory in Malmesbury, Wiltshire. Today Dyson is a global manufacturing giant with sales of £4.4bn and profits topping £1bn. "Britain has remarkably few technology and innovationled companies that are genuine world-leaders. Dyson is one of them," says Julian Birkinshaw, professor of strategy and entrepreneurship at London Business School.

Despite claiming in 2000 that it would be "suicidal for the UK not to join the euro," Sir James went on to become one of the most prominent supporters of Brexit, arguing that the UK would benefit from setting its own trade policy independently from Brussels. He was then accused of "jumping ship" when he announced earlier this year that he was relocating Dyson’s corporate headquarters from Wiltshire to Singapore, splurging £43m on a luxury penthouse out there.

Sir James had also been kitting out a vast new manufacturing facility in the Asian city-state for building battery powered cars. He planned to invest more than £2bn in developing a "radical and different" electric vehicle – and hoped to disrupt the auto industry in the same way that his vacuum cleaners revolutionised the domestic appliance market. The first vehicles were due to roll off the production line in 2021 but Sir James pulled the plug in October after failing to find a buyer for the project. In an email to employees, he confessed: "We simply cannot make it commercially viable… The route to success is never linear. This is not the first project which has changed direction and it will not be the last."

"To have the self-discipline to stop the project and not throw good money after bad is the mark of a well-balanced leader," says Birkinshaw. "You have to admire that."

Sir James continues to explore futuristic technologies, including sensing technologies, robotics, machine learning and AI. Through The James Dyson Foundation, he supports the next generation of engineers, encouraging them to "think differently and make mistakes".

The Sunday Times Rich List values Sir James at £12.6bn, making him the fifth-wealthiest person in Britain. With 25,000 acres in his portfolio, he is a bigger landowner in England than the Queen.
"Through The James Dyson Foundation, he supports the next generation of engineers."

Body images: Courtesy of Next and Dyson respectively