Who is up? Who is down? Who is out for the count? All will be revealed in our December edition when we announce the winners of Britain's Most Admired Companies 2015 – our survey based on asking Britain’s largest companies to rate their rivals.

A few teasing hints. The most confident sector? It had to be property. The least confident? Telecommunications. And we have a new Most Admired Leader who has never won that most prestigious of awards before. Below are the companies that have made it on to the shortlist. And the awards dinner will be held at Claridge’s on 3 December 2015.

As this year is the 25th anniversary, we’ll leave you with the top 10 from Most Admired’s first year, way back in 1990. How are the mighty fallen, merged and gone bust: 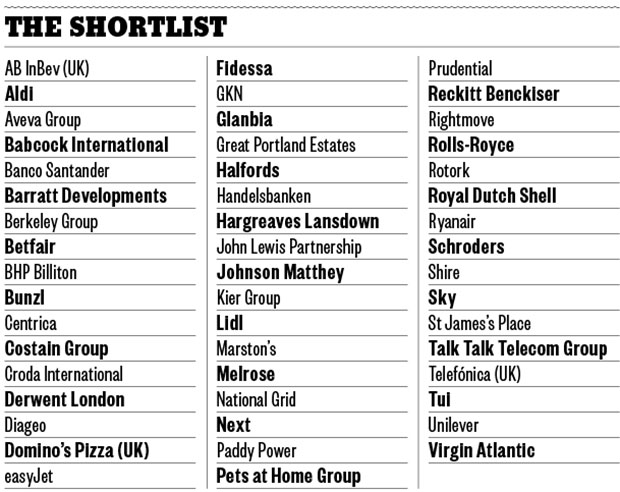