Part time has an image problem. It’s still seen as a nice-to-have concession made for working mums or a low-paid, menial career option. There’s an assumption that part-time workers lack commitment. And they’ll never make it to the top.

That’s wrong, says Karen Mattison, co-founder of Timewise and the Power 50 list, which showcases the UK’s most senior part-time and flexible workers. Mattison points to government figures which reveal that around a quarter of Britain’s workforce now work part-time – and around 850,000 are in the higher income bracket, up 10 per cent on the previous year. Meanwhile, instances of flexible working being offered in senior-level job ads has trebled in the past five years.

"Power part-timers are on the rise," she says."There's a growing army of ambitious, high-performing business leaders working part time, proving that flexibility and ambition are not mutually exclusive."

While Tesla CEO Elon Musk recently said that people need to work 80-100 hours per week to "change the world" and former Yahoo chief Marissa Mayer claimed she clocked in 130-hour weeks, a feat managed by taking naps at her desk and scheduling "strategic" toilet breaks – a study by the Melbourne Institute of Applied Economic and Social Research found that workers aged over 40 perform at their best on a three-day week. A part-time job keeps the brain stimulated, while avoiding exhaustion and stress. For those working more than 60 hours, they found, the brain performed worse than those who did not work at all.

"We need to move a workplace where we can be judged by the quality of our output and not the number of hours at our desk," says Mattison.

From founders to chief execs, here are seven business leaders who do big jobs – in less time. 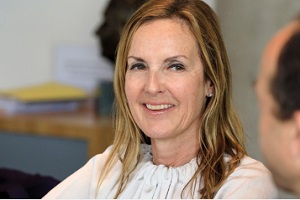 Before taking on her current role of executive chair of SSE’s energy services business, Bickerstaffe was the boss of Dixons Carphone in the UK and Ireland – working four days a week. Overseeing more than 500 Currys, PC World and Dixons Travel stores, she played a significant part in turning around the fortunes of the group. She’s a non-executive director of Marks & Spencer and English Cricket – and remains resolutely part-time. 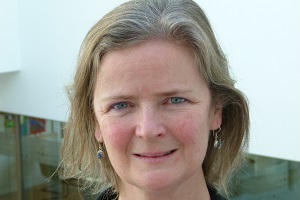 An accident at the age of 38 led Bridgeland to revaluate her life. She had a long-awaited child, started working part-time when she returned to work – and vowed never to work full-time again. "Most people would like to spend less of their lives working, but rarely have the courage to take action," she says. As the part-time CEO of BP Pension Trustees, one of the UK’s most successful funds, Bridgeland was a role model for flexibility and advocated gap years for middle managers. She currently combines governance consultancy for Avida International with non-executive and advisory roles. 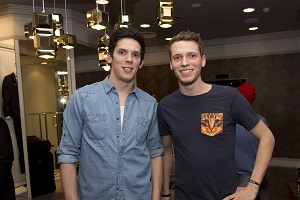 The Forkan brothers, Rob (pictured left) and Paul, are behind the footwear brand Gandys and the Orphans for Orphans movement. After losing their parents in the 2004 Boxing Day tsunami in South East Asia, they devised the idea of using profits from the sale of flip flops to fund the building of "kids’ campuses", providing education and medication to fellow orphans and deprived children. Gandys is now a growing fashion phenomenon, with designs stocked by some of the world’s top retailers. The brothers each work three to four days a week and regularly take time out to travel and find design inspiration. "'Achievement’ doesn't come from being at a desk five days a week," they say. Ambassadors for Gandys include Sir Richard Branson and Prince Harry, who support the social mission of the business. 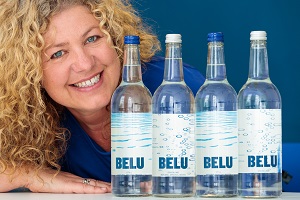 Lynch is the CEO of Belu, the UK’s most ethical mineral water brand that gives all profits to WaterAid. Lynch joined in 2009 as marketing director on a part-time basis and, in 2010, was promoted to transform the campaigning brand into a profitable business. Available nationwide, and served in Le Manoir aux Quat’Saisons, Cafe Rouge and Zizzi, Belu has achieved prestigious CoolBrands status. A three-day week (including one "home office" day) gives Lynch the space she needs to juggle family and hospital appointments (she has Type 1 diabetes). She advocates flexible working; her staff are encouraged to work from home and a third work part time. 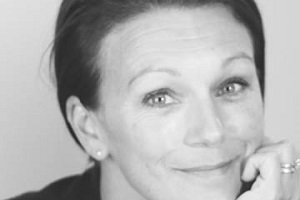 Munday joined Mando in 1996 and began her rapid rise from account manager to become – in 2001, at the age of 28 – the youngest CEO in the WPP Network. At the start of her tenure as CEO, the company delivered 500% growth in a three-year period and now has one of the highest profit-per-head ratios in WPP. She works three days a week to bring up her two sons and spend more time with ageing family. Munday previously chaired her industry’s trade body, the IPM, and was the first woman to do so in 50 years. 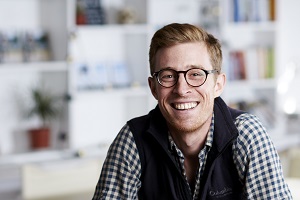 In 2010, Symington co-founded Escape the City, a global community with more than 250,000 members which aims to "reinvent careers so that they power human flourishing". Escape the City operates two business units: a recruitment business working with progressive organisations, and an education business that helps to guide people through career changes and start-ups. Symington switched to a two-day working pattern after becoming a father for the first time, and in response to his own "burnout" from working seven days a week for three years.

Nominations are now open for the annual Timewise Power 50 awards, showcasing Britain’s best examples of part-time and flexible working. Backed by EY, Dixons Carphone, Lloyds Banking Group and Diageo, the winners will be revealed on Management Today in early 2020.

By Éilis Cronin
15 hours ago
SMEs

By Paul Simpson
15 hours ago
Innovation