SABMiller appears to be playing by the rule ‘treat them mean to keep them keen’. After it rejected two proposals made behind closed doors, AB InBev has now gone public in an attempt to persuade the object of its affections to accept the proffered ring.

SABMiller, which makes Carling and Coors, has already turned down two private proposals worth £38 and £40 a share respectively. The Belgian-Brazilian’s brewer’s third offer is worth £42.15 per share, which could value its British-South African rival at as much as £68bn and is 44% higher than when news of its interest broke.

AB InBev, home of Becks and Budweiser, has also gone on a major public charm offensive, with a dedicated website setting out its ‘proposal to build the first truly global beer company,’ connecting its strengths in the Americas with SAB Miller’s strong African presence. 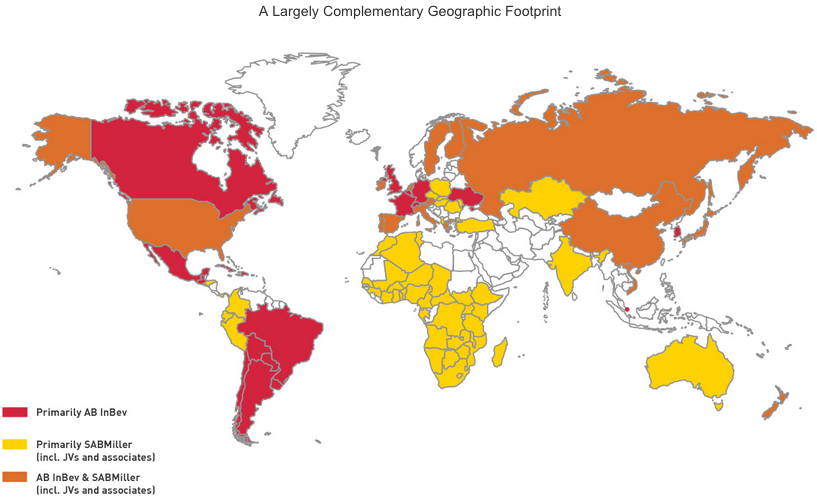 ‘Put simply, we believe we can achieve more together than each of us could separately,’ chief executive Carlos Brito said in an accompanying video, complete with reassuringly awkward grin.

He was blunter on a conference call this morning, admitting that it had to show its hand before the Takeover Panel’s October 14 deadline for making a formal offer. ‘We didn’t get any meaningful engagement from the board going the private route,’ he said.

‘With the put-up-or-shut-up date approaching, we felt it was important for SAB shareholders to understand the compelling opportunity and look at the proposals themselves.’

No matter than AB InBev had clearly already asked the parents, aka Altria and BevCo, which together own 41% of SABMiller, for permission. Altria, which has a 27% stake, instantly came out in support of the £42.15 offer, urging the board ‘to engage promptly and constructively with AB InBev.’

An option to be paid partially in unlisted shares that would convert to listed AB InBev stock in five years’ time ‘was designed with and for the two shareholders,’ Brito said. ‘There’s no transaction without them.

But SABMiller’s board is still playing hard to get. It said it had already decided £42-a-share ‘substantially undervalues’ the company, noting that the formal offer was ‘only’ 15p higher. And its chairman Jan du Plessis made his feelings pretty clear on the matter, just stopping short of a formal rejection.

'SABMiller is the crown jewel of the global brewing industry,' he said (no matter that it announced on Monday its second quarter sales fell 9% due to emerging market currency weakness).

'AB InBev needs SABMiller but has made opportunistic and highly conditional proposals, elements of which have been deliberately designed to be unattractive to many of our shareholders. AB InBev is very substantially undervaluing SABMiller.'

That's got to hurt. But with SABMiller's largest shareholder in favour of the takeover it seems more likely than not it will succumb to its rival’s advances eventually (MT is gunning for the new lager leviathan to take the name Ab Sab). For now, though, the dance of the beer behemoths continues.