Samsung claims to have taken all the best features of rival smartphones and rolled them into a single device, the Galaxy S5.

The new flagship handset is water and dust-resistant and claims to have the world’s fastest autofocus speed, at 0.3 seconds. Like the iPhone 5, Samsung has also introduced fingerprint scanning to access the device - but Samsung has gone a step further and partnered with PayPal to introduce fingerprint payment.

The South Korean electronics giant has taken a fitness focus by introducing heart rate and fitness tracking. It has launched Gear Fit, a fitness band wraps around a user’s wrist and functions as a pedometer, heart rate tracker and sleep monitor. All of the information gathered by the smartphone and the band can be used to calculate the number of steps taken, calories burned and general fitness. 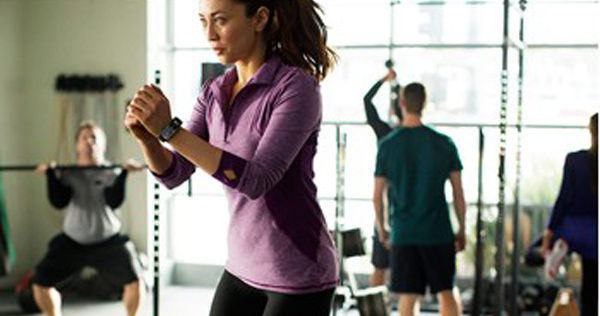 Samsung’s apps can then develop a fitness regime to help people lose weight or improve their health. The announcement was in addition to two smartwatches announced on Sunday - the Gear and Gear 2 Neo.

‘Samsung is going back to basics to focus on delivering the capabilities that matter most to our consumers,’ said JK Shin, President and Head of IT & Mobile Communications Division at Samsung. ‘Consumers are looking for mobile tools that inspire and support them as they improve their everyday lives.’

Launched at the Mobile World Congress in Barcelona, the Galaxy S5 has a 16 megapixel camera, double the megapixels in Apple’s iPhone 5s, and is up from the 13 megapixel camera on the S4. The device has a 5.1 inch screen, making it slightly larger than its 5 inch predecessor, and a new, more powerful 2.5GHz quad-core processor.

Another feature of the S5 is the introduction of a black-and-white mode, which limits the device to just phone calls and text messages and will extend battery life for up to 24 hours.

Samsung is hoping the new S5 will make up for the rather lacklustre S4, where sales were lower than expected.

the South Korean firm is the market leader in smartphone sales worldwide, with around 31% of the global mobile market, compared to Apple’s 15% share. Samsung’s sales grew 42.9% last year, according to research firm IDC, while Apple’s sales grew just 15.9%.

However, Samsung recently suffered its first quarterly profit decline in two years, as smartphone sales fell and earnings were hit by a one-off bonus payment and currency swings. Operating profit fell 18% to 8.3tn won (£4.6bn) in the three months to December compared to the previous quarter, and was down 6% year-on-year.

The Galaxy S5 will be on sale from around April for a similar price as the £550 Galaxy S4.