There’s never a good time for your products to spontaneously combust but Samsung’s Galaxy Note catastrophe has come at a particularly unfortunate moment.

The market for smartphones is fiercely competitive. Just ask your local Carphone Warehouse salesman, who’d chuck in his own grandmother if it will convince you so sign on the dotted line for 24 months. More than one third of the world’s population is projected to own a smartphone by 2017 (and two thirds of Europeans) and there’s lots of cash up for grabs – networks in the UK are charging as much as £85 per month for the latest iPhone.

Globally, the bottom of the market is a hectic tussle between Chinese manufacturers but at the top end, California’s Apple and South Korea’s Samsung have been locked in a fight for the cash of the global middle classes. The latter has a larger market share overall in terms of volume, but ever since the original iPhone in 2007 Apple has owned the very top end of the market. It has proved an extremely profitable spot to be in - there’s a reason it was the most valuable company in the word last year, with a market cap twice that of its nearest competitor Exxonmobil.

But recently all has not been well in Apple land. In July it reported its second consecutive quarterly decline in iPhone sales and the company faces claims it just isn’t as innovative as it once was. This should have been a big opportunity for Samsung to move in and seize the top end of the market. But all that is now in jeopardy thanks to a problem with the battery in its new Galaxy Note 7.

It launched the model with great fanfare at the start of August but by the end of that month there were reports of phones overheating and ‘exploding’. It said it had identified a problem with the batteries, launched a recall at the start of September, offered affected customers a replacement and was praised for its swift handling of what could have been a disaster.

But in the past week there have been several reports of the replacement phones going up in smoke too. It seems the problem is much more fundamental than it had originally identified. On Sunday the US networks AT&T and T-Mobile said they would stop issuing the phone and yesterday Samsung said it was throwing the towel, halting production of the model indefinitely. That led to an announcement this morning that it was slashing its profit forecast for this quarter by a third. Ouch.

That this sort of problem has reared its head shouldn’t come as a huge surprise. Short battery life is a big bugbear of smartphone users and manufacturers have been under increasing pressure to pack more and more energy into their handsets (the Galaxy Note’s large screen makes this a particularly big problem). Cram too much energy into too small a battery and you are creating something that isn’t that far away from being a small bomb.

Samsung is fortunate in that it has a big electronics business, spanning everything from laptop computers to fridges and TVs. Unlike Apple its bottom line isn’t primarily reliant on the performance of its smartphone division. But this is a massive blow for its brand and will make it harder for Samsung to establish itself as the luxury smartphone maker of choice. Many of those who would have gone out to buy a Samsung Galaxy Note this week will end up with an iPhone 7 Plus in their hands instead. It won’t be enough to turn Apple’s fortunes around but it certainly won’t hurt. 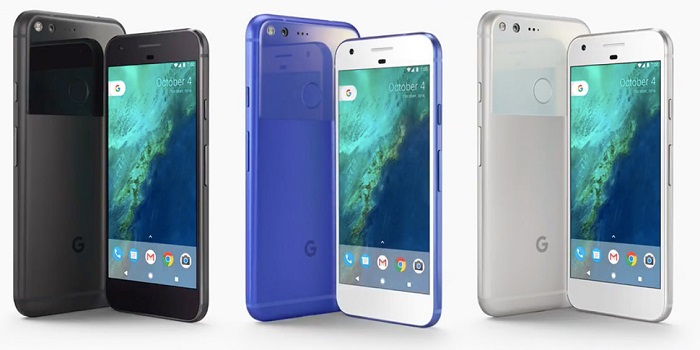 And it’s not just Apple that Samsung needs to be worried about. Last week Google (which owns the Android operating system Samsung’s phones use) was showing off its new Pixel phone. With a super smart ‘personal assistant’, the ‘highest-rated smartphone camera ever’ and a case that looks distinctly like an iPhone, it’s the clearest attempt yet by Google to park its tanks on Cupertino’s well-manicured lawns. But as a top of the line Android phone it’s also a big threat to Samsung. Those who aren’t inclined to use Apple products now have a premium alternative to the Korean company’s Galaxy range. Soon enough exploding phones could be the least of its worries.

Lessons from the leaders of the future

Want to know more about the future of leadership? Listen to the young leaders of...

Is successful change a fairy tale?

LONG READ: Why storytelling is a critical skill for leaders managing business change, explains a...