Donald Trump certainly has his detractors, not least those worried he’ll wreck the heritage of the iconic Turnberry golf resort in Ayrshire. But they don’t include former Gleneagles boss Peter Lederer.

‘I’ve always been hugely in favour of people like Trump coming into Scotland,’ Lederer told the MT Live conference in Edinburgh on Wednesday. ‘To be successful Scotland needs great new developments… I want Trump to be successful – it’s good for Gleneagles.’

‘I’d rather he didn’t stick the Trump up front,’ he added. That’s too late, given the outspoken property tycoon did so immediately when he bought it in April last year, but ‘no one will call it the Trump Turnberry – except him and his entourage,’ Lederer pointed out.

From 1984 until retiring at the end of last year, Lederer oversaw the transformation of Gleneagles, from a ‘very tired’ seasonal hotel where ‘customers were literally dying off,’ to a world-renowned luxury golf resort that has hosted both the Ryder Cup and the G8 summit. So it’s fair to saw he knows his stuff about hospitality – and he says hotels have got to watch their backs.

‘The biggest threat to our industry right now is Airbnb,’ Lederer warned. ‘If you’re in this industry and you’re not aware of this happening you’ll be wiped out.’ 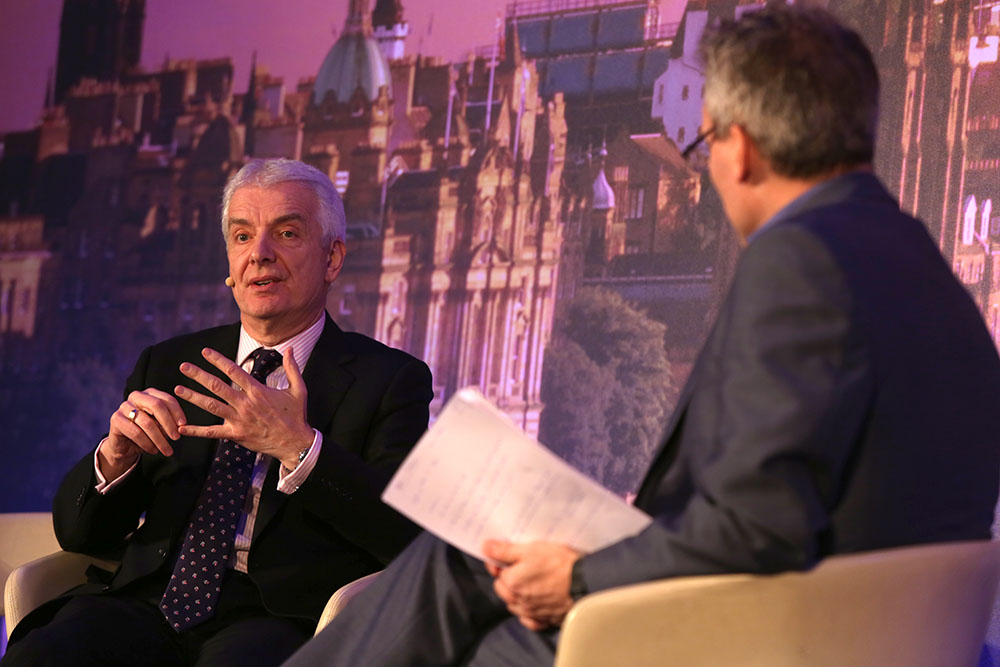 ‘Do you want a sterile hotel room that could be anywhere or a really quite nice apartment that belongs to someone?’ he said. ‘The market – you – will speak.’ And we seem to be doing so - Airbnb, an online platform allowing people to rent out their spare rooms and one of the vanguards of the so-called sharing economy, was valued at an estimated $13bn (£8.55bn) in October.

The most important thing for a luxury brand, though, is the people – and that’s where Scottish tourism can win, according to Lederer. ‘Scotland is a very hospitable place,’ he said. ‘People genuinely care about people.’

‘We put ourselves down a lot, but we are a very successful destination,’ Lederer told the Edinburgh audience. ‘Places like Dubai and Las Vegas will always have their markets, but people don’t go there for an authentic experience. People come here for authenticity.’

Rule number one? Don’t apologise for the rain. ‘I’ve never met anyone in 31 years who’s come to Scotland for the weather,’ he said.

Where Scottish entrepreneurs have been falling down, in Lederer’s view, is not exporting enough and selling out too early. ‘As soon as they can buy a Ferrari and castle they get out,’ he said. ‘We’ve got to concentrate more on developing the brands we’ve got.’

But Lederer isn’t worried about Diageo, of which he was a director in Scotland, selling Gleneagles – it was put on the market for a reported £200m earlier this week. It had been approached twice before in the past, but the offers were ‘not nearly enough money,’ he said.

‘A new owner might take it to a new level and expand it to new resorts and around the world,’ he said. And it wouldn’t matter if it is a foreign buyer either, as long as it’s ‘the right owner, who understand the heritage and tradition’.

And finally, for Brits fed up with hotels making them pay for wi-fi, Lederer had some advice: complain more. ‘We don’t complain and therefore we don’t get the service,’ he said.

In other words – be more American. Get ready to relax that stiff upper lip…

MT Live is coming to Birmingham on March 18, with speakers including Sir Peter Rigby and double Olympic rowing champion Steve Williams. Check out the programme and get a 25% discount off tickets here.

15 hours ago
Women in Business