Social media is a marketing platform businesses can’t ignore and most are giving it a go. But if you haven’t seen the results you’d been hoping for, you could be falling into one or more of the most common pitfalls when it comes to Facebook, Twitter, Instagram et al.

I could write a novel on what makes good and bad sense in social media marketing but, for now, here are seven of the most common mistakes that businesses make – and some tips to help you avoid the traps so many still fall into.

Automated messages asking followers to ‘check out your site’, or congesting their feeds with dozens of mundane posts throughout the day, could irritate them and have quite the opposite intended effect, causing them to unfollow/unlike you.

A badly timed post could also potentially cost you your business’ reputation. On the same day the Tesco horsemeat scandal hit the headlines back in 2013, the supermarket chain issued the following unfortunately timed automated tweet:

Quality over quantity is a significant truth in social media marketing. Rather than trying to grab followers’ attention at every possible moment, use tools such as Spredfast to work out when your followers are most active on social media and use this information to keep your posting to relevant times.

While it’s a good idea to avoid talking about your business and your business only, it’s also important to keep the content you share relevant to your brand and the industry it’s in. Linking your brand with topics it isn’t associated with can waste time and runs the risk of damaging it in the long run.

Back in 2012, when Hurricane Sandy hit the west coast of America, the likes of American Apparel and Gap were among those posting tweets such as, ‘In case you’re bored during the storm – 20% off everything for the next 36 hours,’ unsurprisingly causing a huge social media backlash. 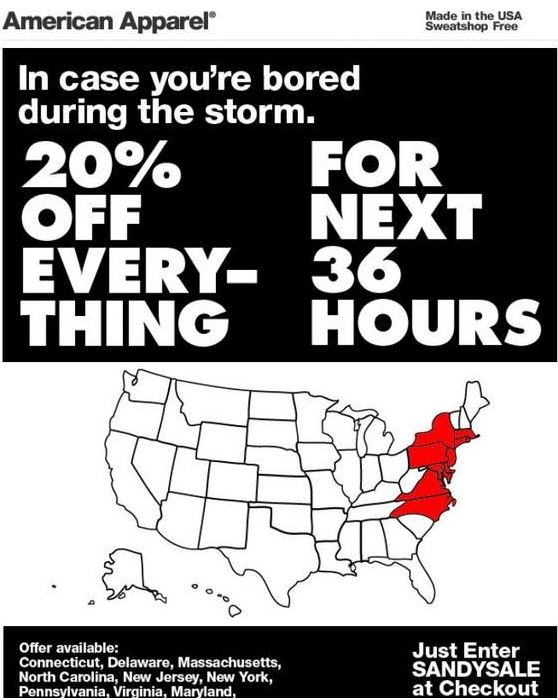 Stick to what your brand knows and spend time showing your consumers that you are experts in your field, rather than trying to push your brand name into areas that it doesn’t or shouldn’t associate with.

Maximising your business’ social media potential means realising which platforms are relevant to your business, rather than engaging with every platform possible.

Facebook and Twitter work brilliantly for B2C businesses wanting to receive direct feedback from their consumers. If networking and building your relationships and partnerships is a priority for your business, then LinkedIn should be your number one platform.

eBay created an Instagram account solely for the promotion of its ‘Walk the Red Carpet’ buzz campaign, but has since found no use for it. The profile still remains live, but should have been closed down at the end of the campaign, aptly demonstrating just how easy it is to get it wrong. Think about where you will find your target market and how to best use those platforms to maximise your social media efforts.

Just like when you reject a potential job candidate who has demonstrated poor spelling, your consumers are put off if you lack even the simplest spelling and grammatical skills on social media. For example, in a brand battle survey conducted by Grammarly, Pepsi made 3.6 mistakes every 100 words compared to Coca Cola’s 0.9 every 100 words. It’s crucial that each post is properly proof read before it is uploaded.

You feel that you’ve really connected with your Facebook and Twitter fans this past week – great! But what about those neglected Instagram or LinkedIn connections that haven’t heard from you lately? In 2013, British Airways failed to keep an eye on its Twitter account and took a whopping eight hours to respond to a complaint that had been seen by over 70,000 Twitter users. 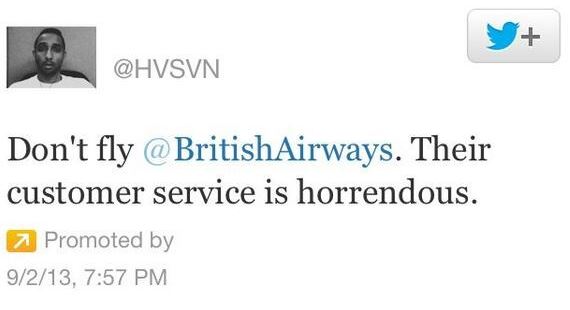 This shows just how important it is to use management tools to keep track of all accounts at once. Using tools like HootSuite or Buffer can help you to see all of your social platforms in one space and spread your contact with consumers across each of them evenly (relative to their importance). Avoid using ‘autofollow’ tools and instead analyse any new followers for yourself to determine if they are relevant or appropriate for your business.

6. Being rude or ignoring criticism

Social media opens up an opportunity for customers to openly give their opinion of a brand, so businesses need to focus on responding to these in the right way.

Recently, Protein World and its London Underground ad campaign, ‘Are you beach body ready?’, received a multitude of complaints for promoting a false sense of perfectionism and targeting female insecurities. Their intentionally abusive and smug responses to these complaints are the perfect example of how not to respond to criticism. Although Protein World seems pretty happy with itself, in the long run it may well come to regret its rudeness. 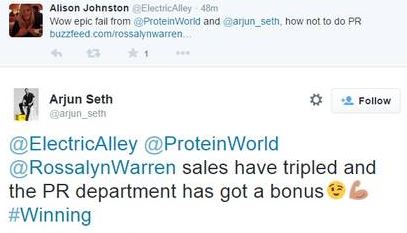 Something that all businesses should take from Protein World’s experience is to always respond to negative feedback, but in a way that calmly addresses the issue and doesn’t upset consumers any further – even if you don’t completely agree with what they are saying. When responding, react in a way that could potentially save the relationship rather than harm it.

Make sure that whoever has control over a business’ social media accounts is fully aware of how to handle the aforementioned situations and provide any training they might need in order to do so. It’s simple and it can save your business from losing relationships with current customers, as well as preventing potential ones from losing interest.

There are plenty more disastrous attempts at social media management out there, but I’ll end on a positive note and look at a brand that handles their social media outstandingly well – Nike. Nike’s dedication to their consumers’ feedback has led to the separate, very active and quick to respond @NikeSupport account, which provides each and every consumer with the help they need

It’s the perfect example to learn from to improve your own business strategy.

27 hours ago
Food for thought