‘21st Century Fox have been amazing shareholders for this business. They’ve been our biggest supporters and they’ve been very responsible in how they’ve acted. James Murdoch epitomises that, more than anyone else. His contribution to this business can’t be overestimated.’

Jeremy Darroch does good PR. The Sky CEO is no flashy soundbite machine, but he’s personable, sharp and relentlessly on message, crucially without sounding fake.

Take his £16m remuneration package last year, a hot topic at the best of times. It’s nearly 600 times the median wage in the UK. Is that really justifiable?

‘Anyone in a position of responsibility has to be conscious of that, but over the last 10 years Sky’s stock market performance has significantly outstripped the FTSE 100 – we’ve returned capital over that period that’s the same value as ITV. The financial benefits that flow to me are anchored to that. But of course I understand the numbers are big.’

See what I mean? Darroch’s had a lot of practice, of course – he became CEO at Sky back in 2007, having previously been CFO under his predecessor and current chairman Murdoch. That’s an unusually long time for a chief executive to stay in any one company. If they’re lucky, they retire; usually they get bored, burnt out or plain ousted.

‘This is such a great business, right? It’s restless, it operates in so many sectors. It’s constantly moving. It’s fascinating,’ Darroch explains his continued interest in a softened north-eastern accent. Clearly the pay packages can’t have hurt either, but either way, it could all change if and when something moves in the strange three-way standoff taking place between Sky, 21st Century Fox and Disney.

Fox currently owns 39% of Sky. The Murdochs have long wanted to consolidate their assets in one place, and have already tried and failed to acquire the rest of Sky. They’re trying again now, but recently hit a setback when the Competition and Markets Authority provisionally found that the deal would give the Murdochs – who also own News International, which publishes The Sun and The Times newspapers among others – too much media influence.

The door remains open to a deal, largely depending on measures to ensure the independence of Sky News. But that might not be an issue if Disney acquires the bulk of Fox’s assets – including its stake in Sky – in an even bigger deal that’s awaiting the approval of US regulators. After all, Disney doesn’t own newspapers, so there’d be little reason for UK authorities to block it.

Darroch is sanguine about the prospect of new owners. Take Sky’s extensive CSR programme, Bigger Picture, which among other things includes Sky Academy (training for young people) and Sky Ocean Rescue (combating pollution of the seas). ‘People often look at the capital markets and say does that prevent you from doing that. It’ll only prevent you if you allow it to. If you buy into this business you need to understand that’s what we do.’

Innovation in the age of Netflix

MT’s inclined to take Darroch at his word about enjoying what he does. It’s been an exciting ride – Sky today is quite different from what it was a decade ago. For a start, it’s now a pan-European business, after the merger in 2014 of Britain’s BSkyB with Sky Italia and Sky Deutschland (Darroch says the keys to integrating the different businesses are open communication and shoe leather: ‘success is never built in an office; you’ve got to get out there’).

Sky’s also grown significantly in the UK, which remains its biggest and most profitable market, with first half revenues for 2017/18 now standing at £4.4bn (group total: £6.7bn), double what they were in 2006-7.

In part, this is because it’s diversified well beyond its old core of satellite TV, having launched Sky Broadband in 2006 and Sky Mobile last year to become a ‘quad player’ (the fourth leg is landline telephony, which is increasingly just an add-on to broadband), bringing it into competition with the likes of BT.

The idea was to leverage Sky’s immense customer base (it now sells to 23 million households) to enter what were at the time new and lucrative adjacent markets. But it turned out to be a doubly smart move because it’s partially insulated Sky from the disruptive rise of Netflix and TV/movie streaming. 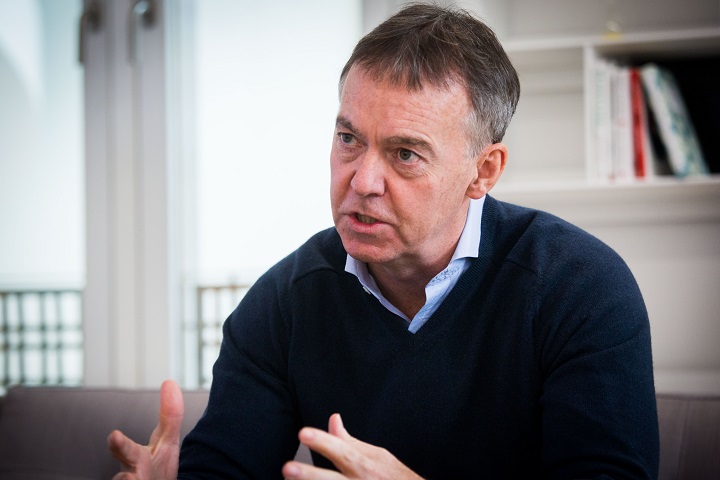 The writing is on the wall for the broadcast TV model. Younger generations want video on their terms, when they want it, how they want it. In the US at least, this is causing huge problems for cable TV companies as millions of customers ‘cut the cord’ every year and sign up to Netflix or Amazon Prime Video.

Sky is hardly suffering, of course. It continues to grow (5% in its first half, on a like-for-like basis) and to return a healthy profit (£1.1bn EBITDA over the same period). But many of its innovations over the last few years make a lot of sense when seen in the light of sector-wide disruption.

Take its offering of over-the-top (OTT) box sets and on-demand content, or its major push into producing shows with Sky Originals. This is exactly what Netflix, Amazon Prime Video, HBO and even Disney are doing, build a unique content library to entice and retain customers. Cutting the cord or switching streaming services comes with a cost, if it means you can no longer see some of your favourite shows.

‘At the margin, yes. And that’s okay. You’ve got to step into consumer trends. The great thing about Now TV is that we can suddenly get into parts of the market we couldn’t have got to before. Perhaps some customers we would have acquired through Sky we now take through Now TV, but any negatives of that are offset by serving more people,’ Darroch says. 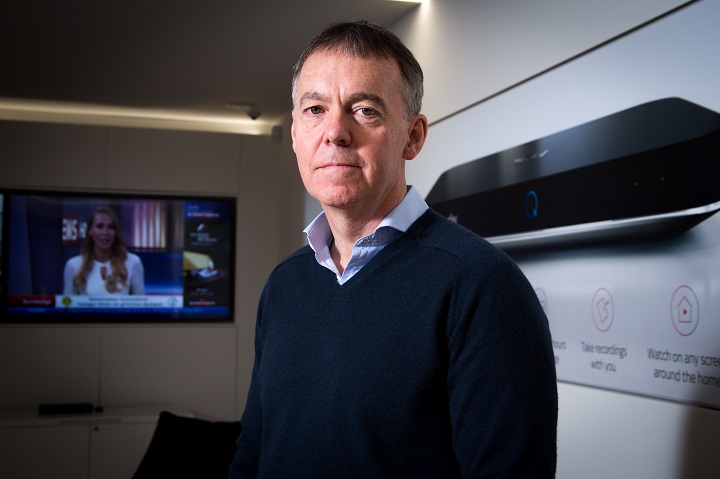 He also doesn’t sound too worried about Netflix. ‘Netflix is a great business with a global model, quite a thin model, and that’s taking them in a certain direction. The free-to-air broadcasters have a different model, largely based off TV advertising, taking them in a different direction. Sky really exists in the middle of that. It wins mass market in each of the territories in which we compete, a local business in that sense. Think of football – there’s no more local content than domestic football.’

Sky was, in many respects, built on its football coverage, and it’s still an important part of the business. But it’s also getting more expensive. Sky lost a bidding war over Champions League rights to BT last year, and was forced to pay £4.2bn to share Premier League coverage with its Telco rival over three years, representing a 70% increase in cost per match.

Now there are reports that Amazon, another streaming giant, is looking at muscling in on the action from 2020, raising the possibility that one day headline sports might be too costly for Sky to stomach.

‘Sport is right at the beating heart of our business. The idea that sport wouldn’t be part of our offering is for the birds. But where the line is and where we say no, that’s not worth it, we’ve got better places to deploy our capital – these are live choices,’ Darroch says. ‘Occasionally we walk away. Increasingly we do that in the knowledge that sometimes we’ve got better choices elsewhere.’

It’s at times like this that the possibility of Sky as part of Disney seems to make more sense. The American titan’s resources and content library plus Sky’s leading position in its markets makes for a winning combination. Whether Darroch – a long time ally of the Murdochs – will be the person to oversee that under new owners (Fox or Disney) remains to be seen.

Darroch's dipolomatic, as ever, about his future if and when Sky changes hands. ‘That conversation has to happen at the right time but I’m as motivated by this business as I’ve ever been.’

The Information
32 hours ago
Personal Development