Smartphone, smart home, smart [append noun here] – we can’t get enough of automating our lives at the moment and, lo and behold, there are now modes of transport that want to make our lives run that millisecond faster.

The Visiobike is not the first motor-assisted bike, but it probably is the only one that will call 999 for you if your bike stops super-suddenly. While you can cancel the emergency alert, it could be a tad awkward if your phone is out of reach and an ambulance turns up to find you suffering from no more than a few cuts and bruised pride. 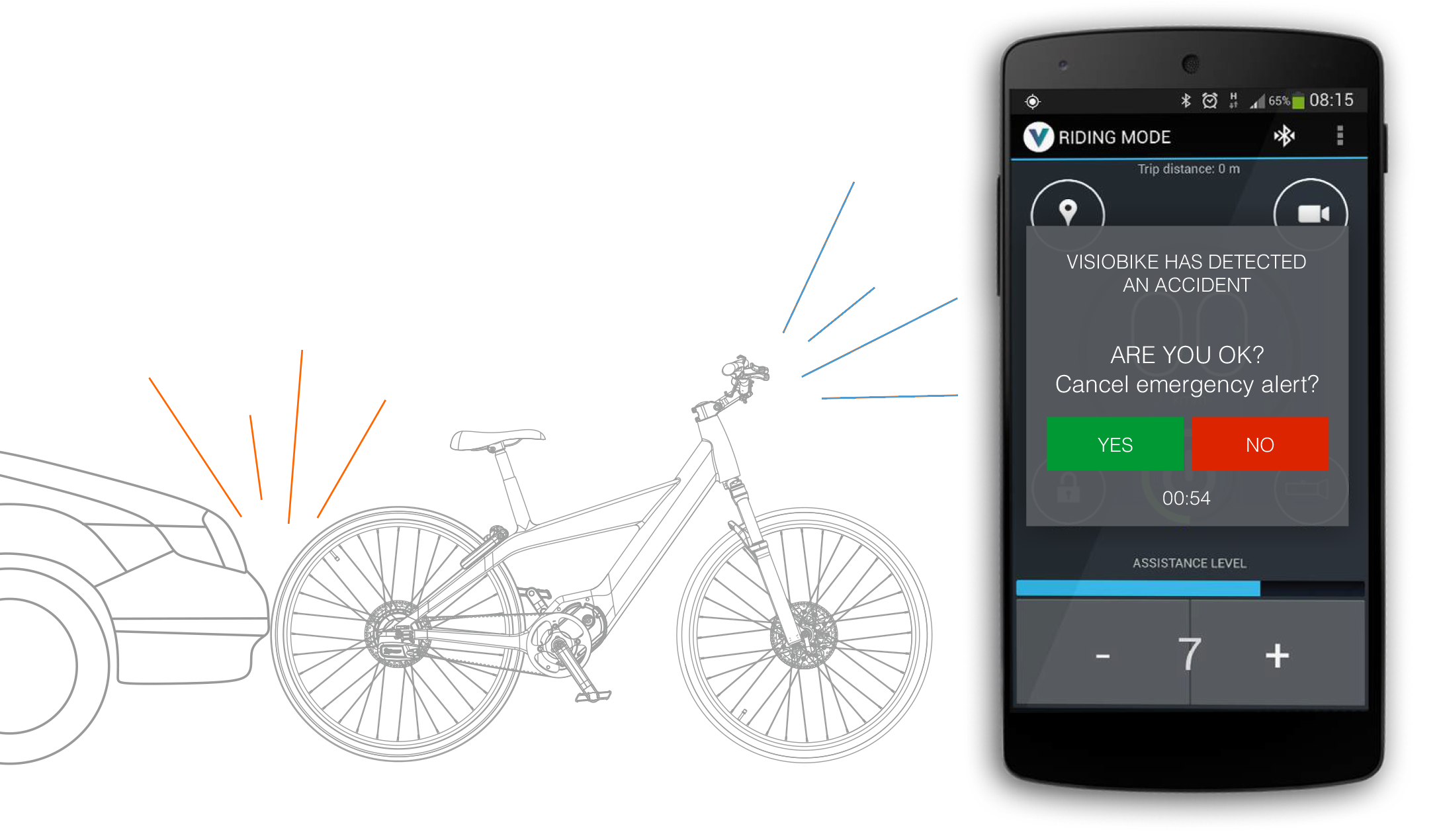 Are you sure you're ok...? Credit: Visiobike

The bike lets you mount your smartphone on the handlebars to act as a speedometer, satnav and rear view camera (so you can keep an eye on any lorries leering too close). If you survive a scalp with a car and fancy prosecuting, the bike also saves three minutes of footage whenever it senses a collision.

Meanwhile, thieves have to take the whole bike, as the wheels can only be unlocked with a pin code. The security-conscious cycle will message your phone if it senses it is being carried to check whether you actually want it moved, which could get pretty irritating if you’re actually doing the moving yourself. Then, if it has been nicked, it will keep you updated on its whereabouts until the police get there. 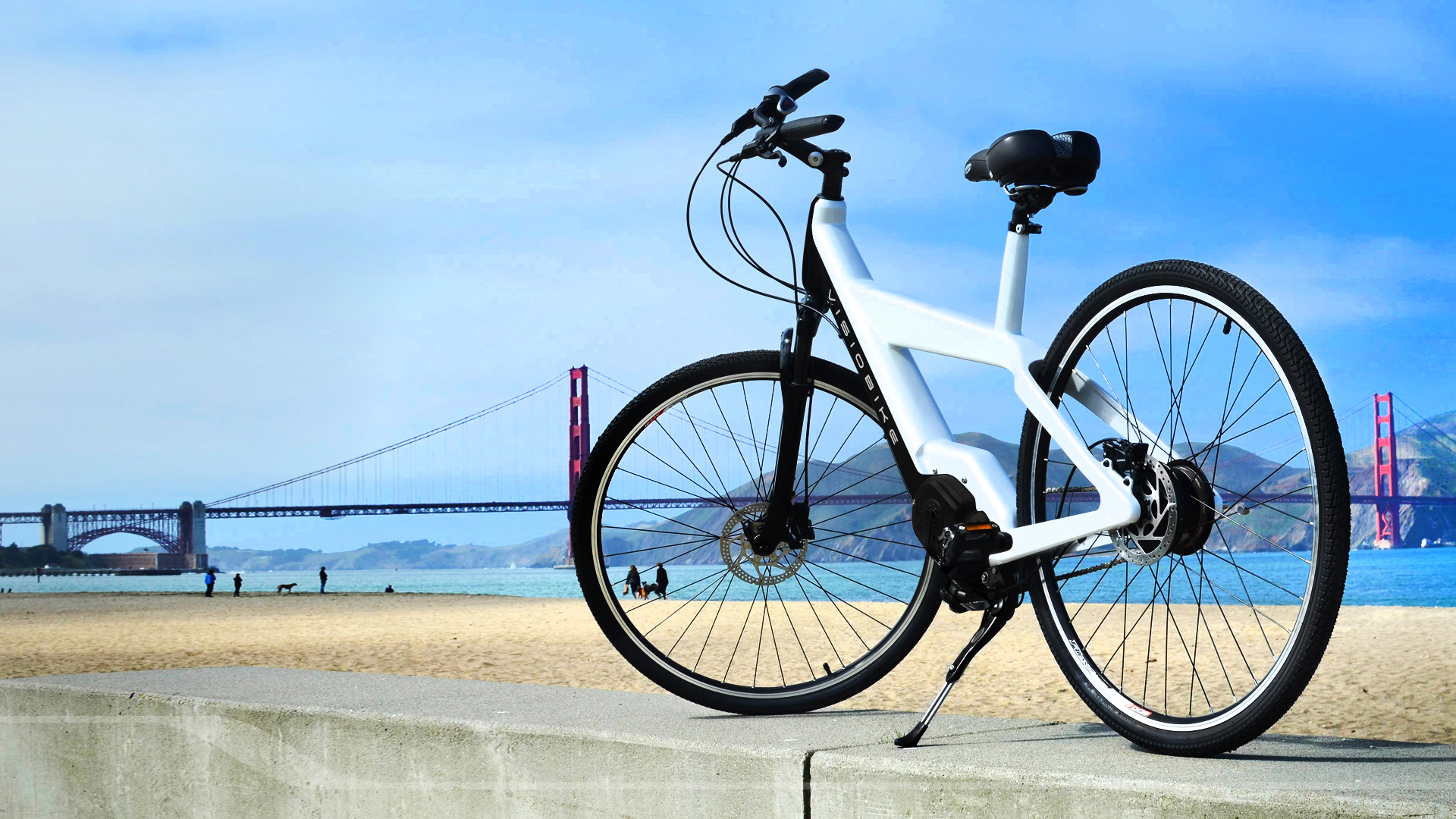 But of course. Credit: Visiobike

With all that gadgetry, it’s no surprise that a full-spec Visiobike will set owners back €4,950 (£4,021). Like all good modern inventors, the bike’s Croatian makers are trying to raise cash via crowdfunding and have put out a call for €180,000 on Indiegogo.

Meanwhile, the next generation of cars also wants to look out for us. Most new vehicles already let drivers mount their smartphones to act as a sat nav/jukebox/etc and Google likes to shout about its driverless cars. However, this car, showcased at the Canada’s Automotive Parts Manufacturers Association conference, really takes the safety biscuit. 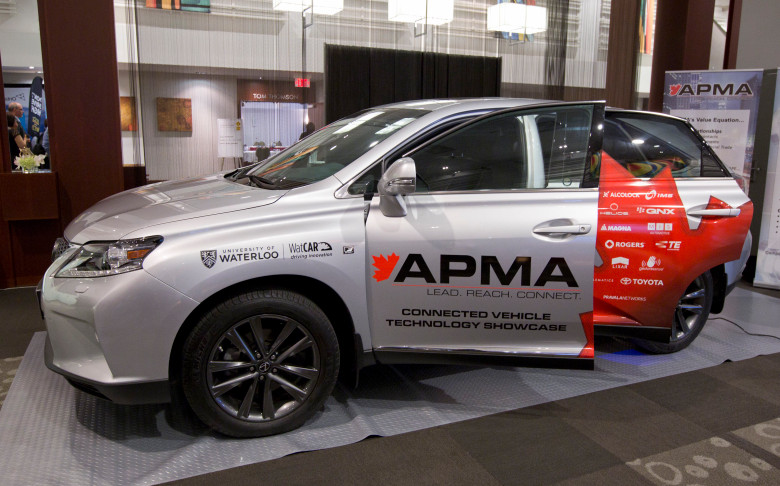 The wifi-ed prototype will stop you starting the car if you’re drunk and can alert you if you’re falling asleep at the wheel. It will tell you if you need to get out of the way of a police car or fire engine and let you wave your hand to sort out the heating or radio (although Google has already applied for a patent for gesture-based car controls).

Aside from the actually useful safety features, smart transport all sounds pretty lazy, if MT is honest. But once we can flap at our cars and bikes to lock them up, there is probably no going back.