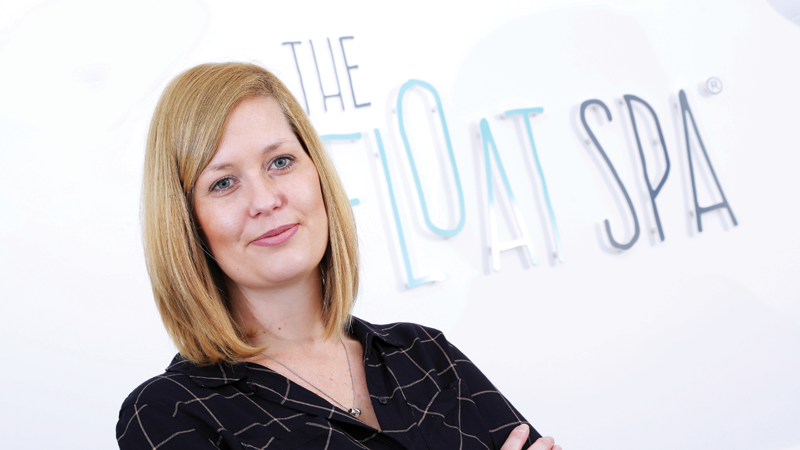 Every entrepreneur has heard countless adages about why you should never mix family and business. But Camille Pierson has plenty of reasons to be glad she didn’t listen.

For dad Gideon is not only her principal investor and majority shareholder, he is also the inspiration for the business and, says Pierson, the reason The Float Spa in Hove has grown as fast as it has.

‘My dad began floating to help him handle the stress of his job, and he recommended I try it,’ recalls Pierson, who was not only dealing with a demanding job, but was also caring for her seriously ill daughter at the time, and was diagnosed with post-traumatic stress disorder. But floatation changed her life so dramatically that she decided to start her own spa business two years ago. 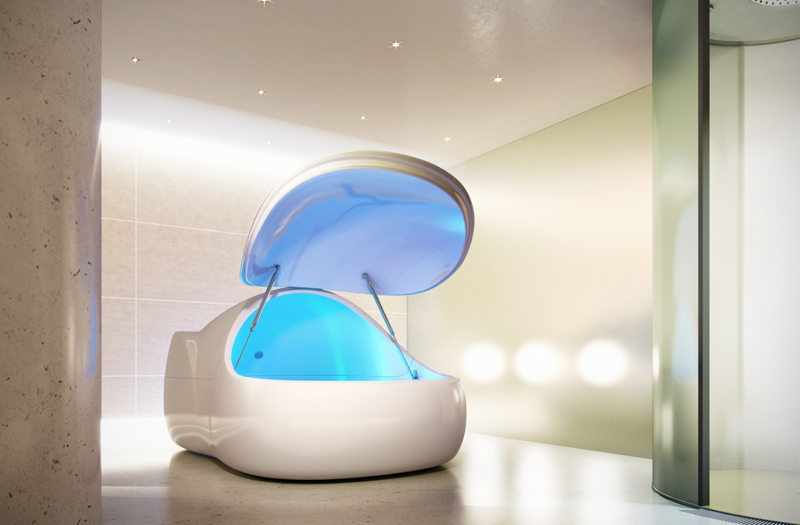 ‘My dad and I get on very well. We have board meetings every month and I send him weekly sales figures,’ says Pierson. ‘Having him track them with me means I don’t assume that just because we’re busy, we must be doing fine.’

And the business is doing fine – healthy enough for further investments in floatation pods (£20,000 a time) and upgrades to lighting and soundproofing to be funded from profits. However, Pierson says she relies heavily on her American Express® Gold Business Card to help manage cash flow.

‘I don’t know any business that doesn’t struggle with cash flow, especially in the early stages when you’re juggling invoices,’ she says. ‘We offer customers the flexibility to pay their monthly membership fees on a day that suits them best, but that impacts on cash flow. So while some of our suppliers have 30-day payment terms, for anything else, like booking and paying for advertising, I always use American Express because it gives us 54 days deferred payment on purchases*. I wouldn’t use anything else.’

Now in negotiation with her landlord about taking more space for another studio and therapy rooms, Pierson still makes time to float. ‘Having a float makes your decision-making so much clearer.’

*The maximum amount of time for deferred payment on purchases is 54 calendar days and is obtained only if you spend on the first day of the new statement period and repay the balance in full on the due date. The first year’s Cardmembership is complimentary and from year two of your membership, a £125 annual Card fee will automatically be charged to your Account on or after the anniversary of your Account opening date. The Card is subject to application and approval.

I wish I’d had confidence earlier on in my vision. That would have helped me find the right investors who would buy into that vision and mission. We probably wasted time with the wrong investor profile early on.

Hold on to as much equity as you can for as long as you can before sharing the risk with other people. Then they’ll want to share the risk with you because they’ll think you’re a great operator.

In private markets you get the freedom to think long term. I think the issue [with going public] is you end up with this very short-term focus where it’s like, next quarter, what are you going to do? Are you going to meet the numbers?

The difference between Silicon Valley and the tech hubs in Europe is not access to capital, but access to great advice. I’ve seen so many entrepreneurs at an early stage, where [an investor] sits on the board giving questionable advice and they’ll listen to it.

American Express Services Europe Limited has its registered office at Belgrave House, 76 Buckingham Palace Road, London, SW1W 9AX, United Kingdom. It is registered in England and Wales with Company Number 1833139 and authorised and regulated by the Financial Conduct Authority.