MT toddled along to this morning’s business select committee to get a glimpse of what City hacks have been waiting years for – Sports Direct boss Mike Ashley getting a public grilling. The famously shy billionaire entrepreneur has avoided media interviews for years and dragged his feet before attending the hearing. The 90 or so minutes he spent responding to the MPs is surely more than the total time he has spent appearing on camera ever.

Ashley was fortunate in that he didn’t have a tough act to follow. The representatives of Transline and Best Connection, agencies that supply his company with staff, were left totally stumped by several questions. But it has to be said his performance was much better than many would have expected. Yes he was candid, admitting the company had got many things wrong and that he wasn’t aware of a lot of its goings on. And he lost his cool on a couple of occasions, one time accusing Sheffield MP Paul Blomfield of ‘word games’ and ‘being unfair’.

But he at least came across as human. His table-thumping, blame-taking confessions were a breath of fresh air compared to most of the robotic corporate bosses that normally find themselves in front of a select committee. There were few whispers from his entourage and Ashley made an effort to answer pretty much every question, even when his PR man Keith Bishop advised against responding to a question on his apparent interest in buying BHS – ‘I can’t resist it,’ he said, ‘yes 100%.’

While he might have performed better than expected in the face of hostile questioning, Ashley still has some big problems to address. They run way deeper than the allegations that have been made about his company’s working conditions. Grim as reports of health and safety failures, sexual harassment and under payment are, it seems apparent they are really a symptom of a broader failure of governance.

Ashley repeatedly made a point of saying he wasn’t aware of many of the things that were going on, that ‘I can’t control everything all the time.’ He also talked of starting out in business on an inflatable dinghy but one day waking up at the helm of a metaphorical oil tanker. Pushed on the matter he admitted the company had ‘probably’ outgrown his ability to manage it ‘a long time ago’.

No wonder some investors are rocking the boat. ‘In our view, the long list of corporate governance failings at Sports Direct, highlighted at today’s hearing, are a contributing factor in its fall from the FTSE 100,’ Piers Hillier, chief investment officer of Royal London Asset Management, said in a statement this afternoon.

Of course the company isn’t controlled by the City. That particular asset manager holds just 0.2% of shares, while Ashley controls 55%. But if he plans to get back into the FTSE 100 and remain there, it’s clear he will need to bring a bit more professionalism into the business. 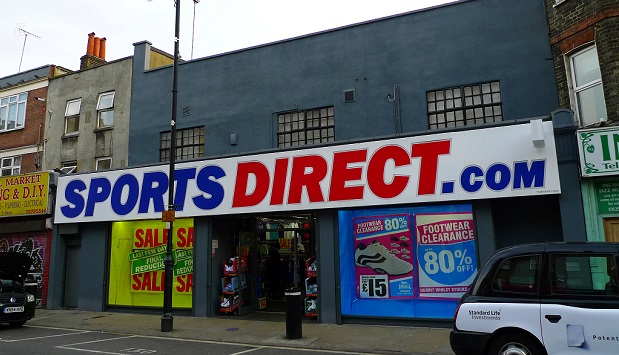 That means sorting out its bizarre board structure – his own role is officially ‘executive deputy chairman’, a job title seemingly designed to bring governance experts out in hives. And it also means being more open. Ashley agreed to open up the warehouse to MPs even if they arrive unannounced. But his continued aversion to meeting regularly with union leaders is cause for concern. Straight talkers like Ashley aren’t the sort to warm to consultants but a touch of the McKinsey or Accenture probably wouldn’t go amiss either.

Ashley faces the classic entrepreneurs’ dilemma. His business wouldn’t have got to where it is if it hadn’t been for his zeal. But now that it’s so big there are inevitable questions about whether he’s the right person to run it.

He wouldn’t be the only founder to continue to run a big listed company. The most obvious UK example is Sir Martin Sorrell, who remains the chief exec of WPP, the marketing giant he launched back in 1985. But it takes a very rare kind of person to do that effectively, to remain in control without being a control freak.

Ashley showed himself to be an able, if unorthodox, performer at today’s committee. But he’ll have be more than that to turn Sports Direct’s fortunes, not to mention its reputation, around.