Vloggers are for today’s tweens and teens what Blue Peter and T4 was in the 90s and noughties. Wholesome guys and gals your parents wouldn’t mind you bringing home for dinner, Zoella, her boyfriend Alfie Deyes, her best friend Sprinkle of Glitter (aka Louise) and the rest of the British YouTuber crowd film themselves chattering about their life and loves, playing video games and doling out style and beauty tips, attracting millions of adoring fans in the process.

Brands, meanwhile, are desperate to get young people’s attention, aware that they just don’t really watch TV or read magazines anymore. Step forward StyleHaul, which connects beauty and fashion companies, including Maybelline, L’Oreal and even the decidedly non-youthful Marks & Spencer, with vloggers.

‘Where advertisers struggle to play right now at scale is on the social platforms,’ CEO Stephanie Horbaczewski, who founded the company in 2010, says. ‘We create content campaigns with them created by real people.’

StyleHaul – which was bought by European media giant RTL at the end of last year - is essentially a new type of ad agency, working with more than 5,000 of these ‘real people’ (who Horbaczewski variously refers to with the marketing-speak labels of ‘creators’ and ‘influencers’) across 63 countries. 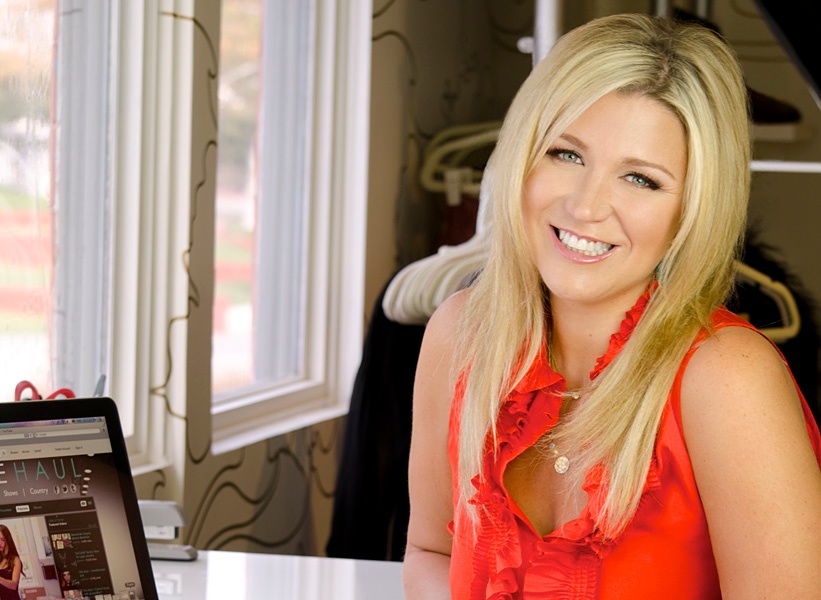 ‘To give you some perspective, one of the networks is 70,000 channels, 24 verticals and does a couple of billion views a month. So that means they’re doing 250,000 views per vertical. We’re doing a billion in one. We’re an inch wide a mile deep, so to speak,’ Horbaczewski says, the figures tripping off her tongue despite the fact she’s suffering with a cold.

The numbers are pretty boggling – and the size of the network and the views it’s racking up are doubling year-on-year, says Horbaczewski, who left her job as marketing director of US department store chain Saks Fifth Avenue to found StyleHaul solo in 2010. Its unique viewers aren’t growing as much, although they've grown from 63 million to 70 million since the beginning of the year  – ‘these are the same... people that are watching the content, which is great, because it means they’re repeat viewing.’ And while more millions is always better, an already huge pool of engaged fans is of course the Holy Grail for brands.

StyleHaul has also spread out from its home on YouTube, into the fleeting world of tweeting, instagramming and snapping. ‘We haven’t done a purely video campaign in two years,’ Horbaczewski says.

The trigger was seeing vloggers increasingly flitting from one platform to another. ‘They might post an Instagram about how they’re shopping… Then within days you’d see a video go up that displayed that item. Then they would talk on Twitter about where they found it or why it was great,’ she explains.

… And then posted an Instagram wearing the dress back in the US. 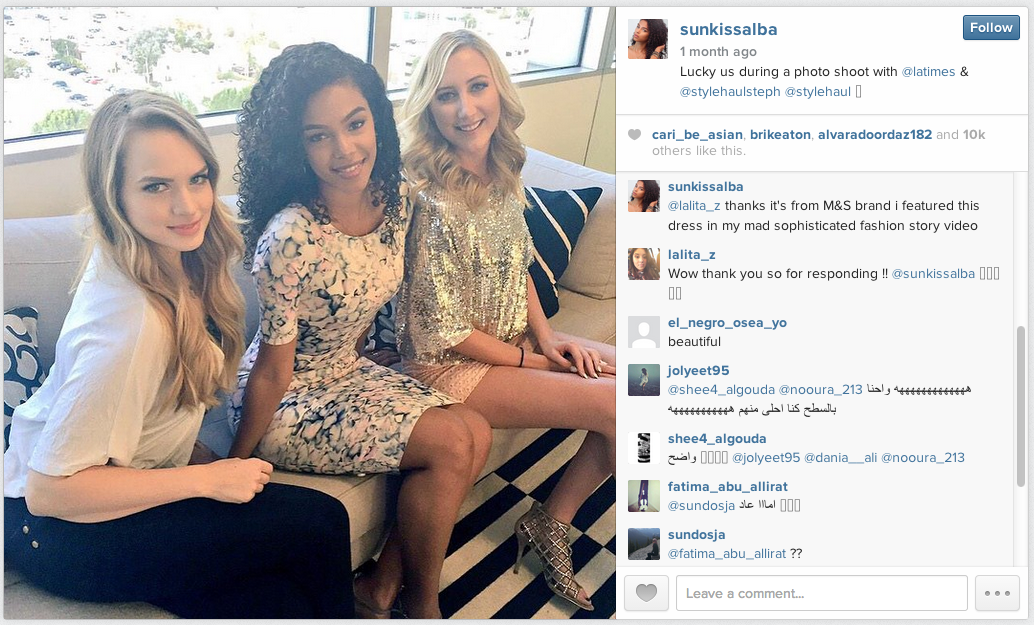 The key, though, is making sure YouTubers’ fans (mostly, in this case, teenage girls and twenty-something women) keep seeing their idols as the aforementioned ‘real people’ and not paid-up marketing monkeys. Horbaczewski insists that StyleHaul’s campaigns work.

‘[Vloggers’] content is very authentic and organic and their audience is very important to them. They are very self-selective about the brands that they work with,’ she says emphatically. ‘There’s probably as much mentioned of the brands in their content that is unpaid and purely editorial as there is in the paid content.’

And while StyleHaul might help vloggers with their production and editing, or coach them on how to deal with brands directly, it steers clear of telling them how to actually get across the latest marketing message. ‘They know better than we do how to talk to their audience,’ Horbczewski says. ‘We learn from them, frankly.’

It doesn’t manage them or run their PR either, although it might help them find a firm that can. In the UK, that would most likely be Gleam Features, which has sewn up talent-managing YouTubers here.

Zoella (aka Zoe Suggs), who is of course on Gleam’s books along with the rest of her gang, is the undisputed queen of British vlogging, with 2.1 million likes on Facebook, almost 3 million Twitter followers, 3.9 million Instagram followers and 7.4 million subscribers to her main YouTube channel. But even she stumbled into a ‘keeping it real’ problem when it came out at the end of last year that her novel Girl Online, the fastest selling debut ever, had been ghostwritten.

‘I think we’re losing sight a little bit about what an enormous accomplishment it was to write a book. I wish that we would talk more about that,’ Horbaczewski says. ‘She’s a young female entrepreneur, it’s really amazing what she’s been able to accomplish.’

You can’t deny how successful Zoella is, even if her bright-eyed, irrepressibly chirpy videos aren’t your cup of tea. But while she and her crew are making a pretty penny from their 55% cut of YouTube advertising, product and book deals and StyleHaul campaigns (estimates run into six figures a year for everything together), do they bring in the cash for brands?

Recent research by GlobalWebIndex found only 12% of vlog-watchers are discovering new products, but that didn’t take into account whether viewers might see something they had already heard of and then decide to buy it. And Horbaczewski is adamant StyleHaul’s data-tracking, both from proprietary and external tools, proves vloggers pay.

A six video deal with fashion site Very.co.uk, for example, had a £1.09 cost per click (CPC), compared with £1.69 for beauty search words on Google. It had targeted a click-through rate (CTR) of almost 8%, but only managed 4.92% (although that’s still higher than the average video CTR of 4.25%). Whether that translates into new customers is another question, though.

YouTube is very much StyleHaul’s home - it has its own branded network with 496,000 subscribers, with shows including Web Therapy, which stars Lisa Kudrow (aka Phoebe from Friends) as a deranged online therapist. And video ads actually bring in half its revenues, making it half a production company as well as an ad agency. But is it too dependent on YouTube and its parent Google? Horbaczewski did develop a standalone video platform, but it’s euphemistically ‘on hold for better partnerships’.

‘I love the YouTube platform... I think that they have a better, more rabid and engaged audience than anyone else in the ecosystem,’ she says without hesitation. ‘So our dependence is, you know, we see it as a win, as a partnership.’ 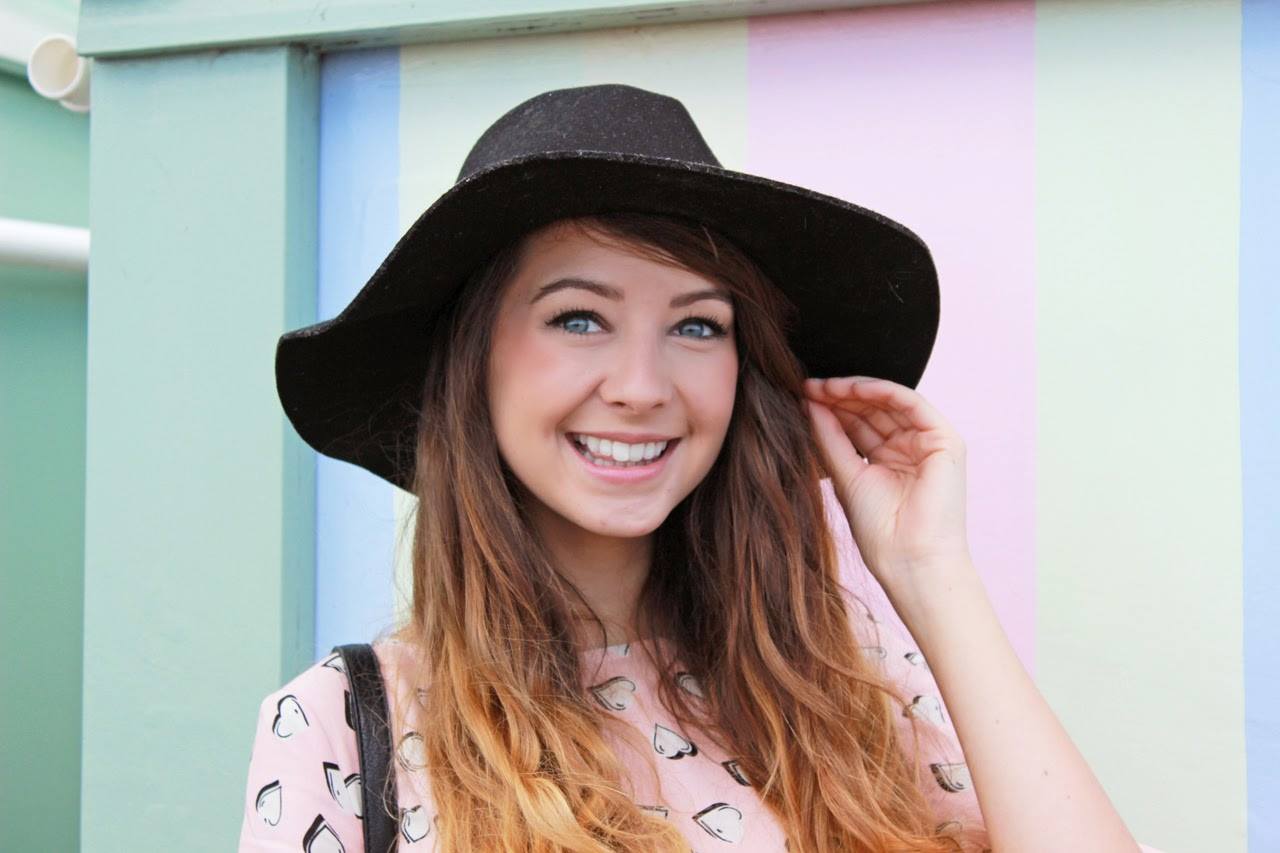 StyleHaul has a lot more help managing that ‘dependence’ now, though, after being taken over last November by RTL, in a deal that valued it at more than $150m (£97m). RTL, which is in turned owned by German conglomerate Bertelsmann, had previously bought a 22.3% stake in 2013 and was already working with StyleHaul on longer-form YouTube shows via its production company Fremantle Media, which makes The X Factor and Britain’s Got Talent.

‘We had inbound inquiries into the company and we had to take it to a formal process,’ Horbaczewski says. All options were looked at, she says – even an IPO. ‘But it was very obvious that joining a bigger, traditional media conglomerate can offer a lot of resources and opportunity and infrastructure that frankly we were probably not capable of building out.’ The future, according to her, is in new media partnering with the old guard, not displacing it.

StyleHaul is headquartered in Los Angeles and has offices in New York, San Francisco, Chicago, London and Singapore, with plans to open one in Brazil. Meanwhile, revenues are tripling year-on-year. The FT reported in November it was on track be €25m (£18m) in 2014, which Horbaczewski refuses to confirm, but admits is ‘reasonably accurate’. She also skirts the question of profitability (‘it’s not a straightforward question or a straightforward answer’), although RTL co-chief exec Guillaume de Posche said when it bought StyleHaul that he expected it to break even within two years.

Horbaczewski studied classics at Trinity College, a liberal arts school in Connecticut. A world away, surely, from YouTube? ‘I mean, I did classics because I loved it,’ she says thoughtfully. ‘But it’s very similar to how it uses storytelling to get across every message… the story of Nero is very similar to the story of an influencer, just in terms of what they were able to do.’

It was a Fast Company article about Ashton Kutcher making a spoof web video show, complete with product placement, that inspired the 36-year-old to throw in her marketing job to found StyleHaul, with $800,000 in total from her own cash and an investment from Allen DeBevoise, the founder of gaming YouTube network Machinima. And a copy is still ‘sitting on my desk, complete with circles and comments’. Alongside millennia-spanning comparisons, Horbaczewski clearly keeps a close eye on her own ‘story’.