Aberdeen has been riding a wave of black gold since the financial crisis. It has the highest concentration of millionaires and one of the lowest rates of unemployment in the UK. Some locals even talk of rebranding the infamously grey North Sea hub ‘Silver City’.

But the skies have been darkening over the granite streets since the oil price started tumbling last summer, from $114 in June to as low as $45 in early February. What Aberdonians don’t seem sure of is when the storm will break – and how bad it will be.

‘It does feel nervous, there’s no question about that,’ says Andrew Laing, the deputy chief executive of Aberdeen Asset Management. ‘The immediate effect isn’t too bad, but within three months, six months, nine months it begins to knock on.’

Oil majors including Shell, BP, Chevron and Conoco Phillips have already announced hundreds of mainly onshore job cuts. Those announced still number fewer than 2,000, but Sir Ian Wood, the billionaire former boss of oil services company Wood Group, has warned that could rise to 5,000 to 10,000 in Aberdeen. The industry supports 100,000 jobs in a city of 227,000 people – and as many as 400,000 across the UK. 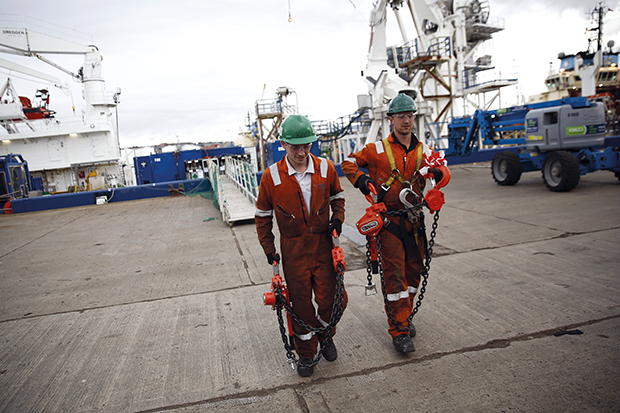 Companies have also started to rein in costs that had galloped out of control when the price was high (although it was back to $60 at the time of writing and most analysts don’t expect it to recover until at least the end of this year). A university friend of mine running a serviced apartments business in the city rolls her eyes when I tell her people are keen to tell me how good things still are. ‘You should have seen what oil guys were spending before.’

‘We all can sense people are spending less and travelling maybe one day less, but I don’t think we’re in doom and gloom yet,’ Roula Samaha, the elegantly manicured general manager of the 79-room Malmaison Hotel, tells me in the gothic-themed bar overlooking the wealthy West End of Aberdeen. But occupancy has slipped – it’s ‘in the 80s’ now, instead of 100%.

The barman at the Marriott opposite BP’s offices near the airport says business is still good – but oil workers have tightened the purse strings.

Rebecca Findlay, the manager of Moonfish Café, a 12-table restaurant nestled in an alley close to the city’s main thoroughfare, Union Street, tells a similar story – it’s still booked out most nights, but people aren’t drinking as much as they used to. ‘This table of 24 is BP tonight. Total are coming in for 40 people in a few weeks,’ she says, gesturing around the room. ‘2012 they were allowed to come out and spend whatever they wanted. They’re not any more.’

As oil flowed, house prices almost doubled in the decade to 2014, according to official Registers of Scotland data, by far the biggest increase in the country. Rent for a two-?bedroom property soared 40% between 2010 and 2014, more than double the increase anywhere else in Scotland, according to Lettingweb. 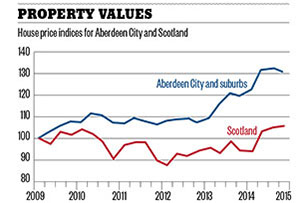 The downturn may not have popped the property bubble just yet. ‘We’ve just had our busiest January since 2008,’ Ryan Crighton, marketing director of solicitors and estate agents Aberdein Considine, says with the confidence of an ex-local news hack. ‘We’re preparing for a slowdown in the market, but it’s not happened yet.’

That’s probably partly due to buyers racing to avoid a rise in Scottish stamp duty on pricier granite mansions due in April, he admits. And the most recent official figures show home values falling 1.1% in the third quarter of last year, having surged 7.8% just three months earlier.

But while ‘rents peaked in October’, Eduardo Prato, the director of lettings specialist Martin & Co and a part-time helicopter pilot, senses an opportunity. ‘A lot of people are panicking and putting properties on the market,’ he explains. Plenty won’t get the prices they want and so many will become ‘accidental landlords,’ helping soak up the excess demand.  ‘We never, ever chase tenants at all, ever,’ he says.

And what about commercial property? ‘There is no lull in the market,’ Angus MacCuish, the managing director of property consultancy FG Burnett, says emphatically. A million square feet of offices were filled last year, a record for the city, including the second largest deal in the UK. And there are already discussions going on with potential tenants about four large new offices being built in the city centre. 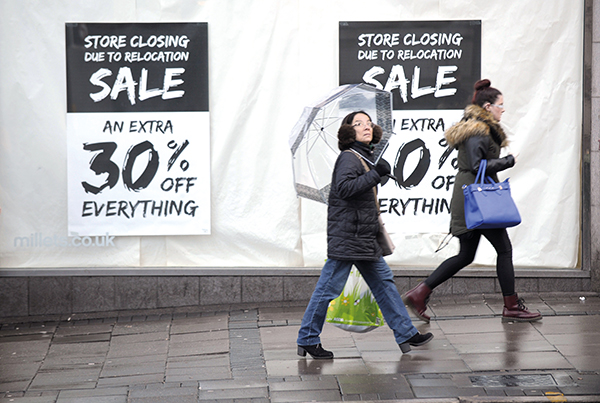 MacCuish’s confidence is typical of many Aberdonians. While locals may be loath to admit the good times are over, they have seen it all before – several times in fact. ‘They’ve had bigger collapses than this,’ Laing points out. ‘I’ve no doubt whatsoever that, however long it takes, we’ll recover.’

Aberdonians are keenly attuned to oil prices and everyone I spoke to thinks the UK government should stop raising taxes at the drop of a hat. Wood is merely the most vocal in calling for politicians to increase incentives to keep investment in what is an increasingly aged offshore basin – and the most expensive in the world, according to industry body Oil & Gas UK.

Profits from older fields are currently taxed at 80% and newer ones at 60%, a rate that was trimmed just 2% in December’s Autumn Statement, even though Chancellor George Osborne slapped on an extra 12% back in 2011. As Robert Collier, the straight-talking head of the city’s Chamber of Commerce, puts it: ‘If you’re borrowing billions and someone slaps you in the face with a wet kipper, are you going to risk those kinds of amounts of money?’ 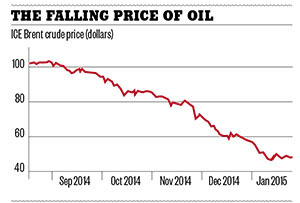 The 10% cut Wood is calling for in the 18 March Budget, ‘frankly won’t have any real impact at $50, because at $50 very few people are paying tax’, he says. But it ‘will encourage more operators to hunker down’ and commit to extracting the remaining 15 to 24 billion barrels of oil and gas.

Oil companies are notorious for cutting fat to the bone when booms end and then struggling to rehire expert staff. ‘We’re used to it being a volatile commodity,’ Aberdeen South’s Labour MP Dame Anne Begg tells me, in her small office on a rundown street south of the city’s harbour. ‘Each time we say we must remember that there’s a cyclical phase and it will come back.’

But Wood is among those warning the North Sea may not rebound as strongly as in the past, as the 40-odd years’ worth of oil and gas left is increasingly difficult and costly to get out.

‘We’re very dependent on oil and gas. And, frankly, people seem to be completely dazzled and consumed by that,’ he says. ‘I hope that in the next two or three years, Aberdeen will get out of sleepwalking mode.’

The city’s energy expertise will no doubt keep it rich for some time yet (or at least until the world gets serious about climate change), despite this latest oil price pasting. As Collier points out, some 50% of the hub’s business is now exports. But one thing is clear – Aberdeen’s streets are not paved with silver.