Investors didn't seem too keen on Euan Sutherland when he landed the top job at clothes brand and retailer Supergroup back in October. On the day the former Co-op chief exec was appointed, the company's shares slid around 5%, as investors questioned whether he could fill the shoes of its founder Julian Dunkerton. But today it looks like he's given them cause for celebration.

Shares rallied as much as 7.5% to 1,003p this morning after Sutherland announced his plans to turn the company, which trades as Superdry, around. On an operational level, the key plank is his decision to buy the brand back from its North American partner, SDUSA. 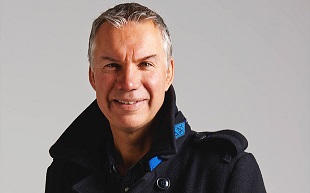 The company will shell out £22.3m to get back the 30-year licence it had granted and gain control of its stock and property leases. The move suggests Sutherland is intent on making Supergroup a proper global business and follows similar acquisitions from its Scandinavian, Spanish and German partners in the last 18 months.

'Strategically, taking control of our product and presence in North America is an important and natural step in realising our ambition to create a global business,' Supergroup said. 'It gives us the opportunity to enhance our brand presence there and significantly build the long term value of our business.'

Sutherland has also landed a partnership with the British actor Idris Elba, which seems like a smart move. The Luther and The Wire star is pretty much the coolest person in the country at the moment and has even been tipped to be the first ever black James Bond once Daniel Craig hangs up his tux.

Elba will  'be designing [a new] range with James Holder,' Supergroup's chief designer, which will come out at the end of this year. At 42 years old, he might seem like an odd choice for a brand perceived as very focused on selling to young people, but some would argue his appeal is pretty much universal.

'He's very popular with women,' Sutherland told the FT. 'He's pretty popular with guys as well. He has played some very cool roles on TV and in film. He's a huge name in the States [and] he really epitomises what we are.'

Another face that will be seen around the company's offices is that of Penny Hughes, who has just been appointed as a non-exec. A former president of Coca-Cola UK, Hughes is also on the boards of Morrisons and RBS. 'She brings with her a wealth of highly relevant experience, having worked with leading UK and US retailers and global brands, as well as with founders of successful entrepreneurial businesses,' said chairman Peter Bamford.

There's still still no word, though, on a permanent replacement for former finance director Shaun Wills, who was forced to fall on his sword as a result of going bankrupt last month. Former Dunelm chief exec Nick Wharton has been appointed for the time being.

Despite that setback, Supergroup said today it plans to start paying dividends beginning with an interim payout in 2016. After a year where the share price has declined 45%, investors will be hoping Sutherland's got what it takes to put the 'super' back in Superdry.

By Stephen Jones
16 hours ago
Food for thought