We British are understandably attached to our National Health Service. The sense of comfort and security provided by cradle-to-the-grave care provided free at the point of use is hard to deny. And it also arguably aids productivity – if workers shun the doctor through fear of having to pay for treatment they are unlikely to be useful members of the workforce.

But it’s hard to argue that the NHS is not an impediment to innovation in healthcare. While it has brought about groundbreaking changes in patient care and medicine, the complex and bureaucratic structure of the health service makes it hard to introduce new technologies that could improve things for patients. At a time when private sector service companies are revolutionising the way people consume things – from taxis to takeaways – there is a danger that the NHS will struggle to keep up with public expectations.

Of course there is a private healthcare sector in Britain, from the plastic surgeons of Harley Street to the Bupa hospitals in many a mid-sized town. But while more than 80% of healthcare spending is in the public sector there is less private cash available to try out new things.

That hasn’t stopped the rise of a new breed of healthcare services that make use of digital technology to improve things for patients – or at least those patients that are willing to pay for it. The likes of Doctor Care Anywhere, Babylon Health and Push Doctor provide consultations via a Skype-like video call for as little as between £4.99 and £20 per month. That saves patients having to trudge along to spend ages in waiting rooms full of other ill people and also means they can get appointments out-of-hours and in some cases while they are in a different country. 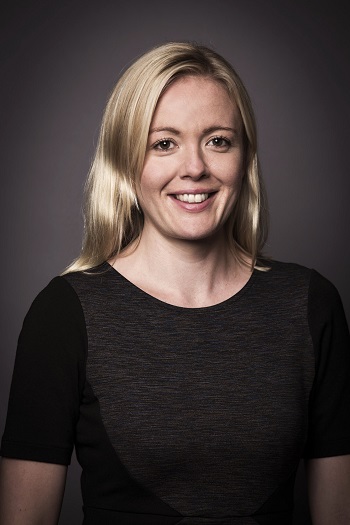 Of course there are some things that can only be diagnosed with an in-person examination or blood or urine tests. But the NHS itself says experienced doctors can deal with 60-70% of consultations just over the phone – and that’s without the added benefit of a video feed. Kate Newhouse, CEO of Doctor Care Anywhere (pictured), says just 10% of her patients’ consultations require further attention from a doctor in the real world, and those who do are referred to a Nuffield Health GP who will be passed all the relevant info, to make the service as ‘seamless’ as possible. Her company has been mainly focussed on the B2B market via insurance providers like AXA PPP but it's seeking to expand its provision to private individuals too.

After a six week recruitment and vetting process the self-employed doctors, many of whom are NHS GPs looking for some extra income, go live on the system, where they are continuously monitored. ‘Our customer feedback has a direct impact on performance management,’ says Newhouse. Patients rate their satisfaction with the doctor’s advice on a scale of one to five.
‘Based on that scoring there may well be interventions with the doctor if that is below four out of five. And again if that's a repeated score then the doctor will be asked to leave the platform.’

There are clear parallels with the ride-hailing app Uber, whose business practices have been emulated by many an entrepreneur over the last few years, though few Uber drivers can claim to make the £45-£65 per hour that Doctor Care Anywhere’s clinicians make. Newhouse accepts there are similarities, but says that ‘healthcare comes with the added responsibility of delivering personalised care.’

Some have raised concerns that these new companies create a problem for the NHS by shifting demand for doctors away from those who need them towards those who can afford to pay but, as you might imagine, Newhouse doesn’t see it that way.

‘We look to complement the NHS,’ she says, pointing to the significant proportion of those who turn up at A&E in a non-emergency because they can’t see their GP. ‘By delivering more access at the point of need, we’re actually alleviating resources to be rediverted to the right place in the NHS.’

Of course in an ideal world the NHS would already be providing this kind of service itself. Perhaps in the future it could develop its own online service that connects patients with doctors in a time and place that’s convenient to them. More likely is that it will contract companies like Doctor Care Anywhere to do so on their behalf, but probably not without provoking political wrath in the process. Any whiff of private sector involvement in the NHS is still greeted with a good deal of scepticism and talk of ‘privatisation’, even if it does improve outcomes. 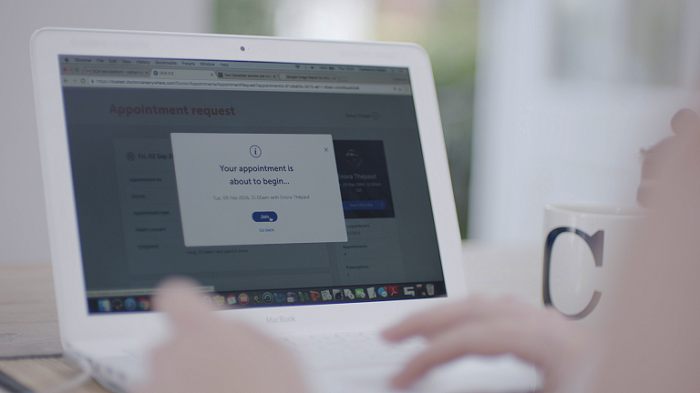 But regardless of the political significance, it’s not hard to see these types of services becoming more common in the future, especially as millennials begin to develop the chronic conditions that come age. Will a generation that gets its food delivered in minutes via Just Eat and its TV on-demand from Netflix have the patience to wait two weeks for a GP appointment when they can pay to get one today? It’s unlikely.

Entain took second place in Britain's Most Admired Companies 2021 and was the top rated in the leisure and hotels sector. The company's CFO and deputy CEO Rob Wood explains why.

In a digital era where we no longer see our peers leaving their desks to grab lunch or pop to the loo, meeting etiquette has been abandoned.

WATCH: Three trends the former Dragons Den investor thinks SMEs should watch out for in 2022 - and one that won't stick.