In January 2020, Julie Felss Masino stepped up into the role of Taco Bell’s international president while rumours of coronavirus were beginning to circulate. As we now know, just two months later, the world was in lockdown as it battled the coronavirus outbreak. “I don't recommend switching jobs right before a pandemic,” Masino jokes. She tells MT about her plans for the role, navigating cultural nuances and upselling Taco Bell’s apparently “delicious crave-able, crunchy, fresh, spicy cheesy food" to MT .

ON STEPPING UP DURING THE PANDEMIC

Coming into the role I met with our leaders around the world and the team, and laid out a plan for where we were going to go. The pandemic definitely changed a little bit of the plan. But we honestly didn't see it as a huge challenge. In the beginning, none of us knew it was going to be two years long. We thought it would last three weeks or three months. It was like, how do we get through this? As with any problem, you break it down into solvable parts, take care of people and think about where you're going.

As a leader, I spent a lot of my time on clearly articulating focus areas for people and making sure that they see their work and the end goal, because it’s so important for people to know that what they're doing matters and that they're valued.

One of the biggest things I've learned during the pandemic is how resilient humans are. Inspire people by tapping into that. If we can get through a pandemic we can kind of get through anything. So it’s more about how we pull together as humans and move forwards.

ON NOT PREPARING FOR PROMOTIONS

I guess I never think about anything as a promotion. No matter where I am, no matter what company I'm working at, my job is to take care of my team, to make them better at what they do and to serve them as a leader. Whether it’s selling coffee in China, which has a tea drinking culture, or getting tacos to everyone around the world, you do that by solving problems for customers.

I wish I had a pithy answer for you but I try to just always do well by people and do well at my job.

From a very early age, my mother told me, I can be anything and do anything. That’s really formative when you're a little girl in the middle of Ohio, not knowing anything about anything. She also said, “you're gonna go to school, because it's important to have an education.”

As a result, my first grade teacher was a big influence on my early childhood. My family circle is really small, so she was the first diverse person I had ever met. She really taught me that no matter what anybody looked like that everyone has value and is important in this world. That has really been foundational to who I am as a person and as a leader. 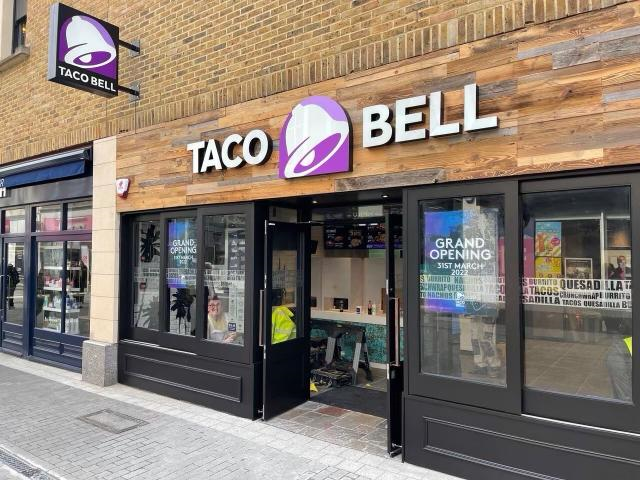 I'm naturally maybe overconfident. It both gets in my way sometimes and helps me because there's not a lot I'm afraid of. I really feel like anything is solvable. That's how I approach everything.

I really believe a lot of things are possible but I can't do everything myself. There's absolutely no way. I bet on our people because I know that together we can do everything. When you build a great team and work together, whether that's with franchise partners or my team at the corporate headquarters or out in the regions, the togetherness is what makes anything possible.

My top confidence building tip? Just go for it, man. Make it happen. Set big goals and go after them, by breaking them down into achievable chunks. Anything is possible, so dream big.

I am grossly American. I only speak one language and I'm very transparent - in a negotiation, it's like, “look, here's where I'm going,” which is not always the best thing. Like Americans, Brits are pretty unflappable.

While there are similarities around the world, we also have a lot to learn from each other. Every culture, person and community has their own nuance. When you really understand that, respect that and have empathy for culturally what's going on, that's where you can be very successful. Because ultimately people are the same at our core. We all want to be valued, we all want to be heard and we all want to be recongnised for a good day's work.

ON THE OBESITY CRISIS

That is a challenge in markets around the world. We want to meet our fans where they are and give them the kind of food that they want depending on what they need at that point in time. We've always, (in the US, and we're happy to do it here in the UK) shared our calories and let you make the choices that you want to make as a consumer. Because we know that we have healthy options. You can swap out the ground beef, for black beans, for example. But you can also make very indulgent choices. You're in charge of that as a consumer.

“My high-performance habit? To quiet the voice in my head telling me I can’t do things”

Why one CEO banned the word “staff” from her company

“Most important advice I’d give my successor? Risk more and risk earlier”

“This advice from my former boss, Annie Young-Scrivner, stuck with me”

Do leaders need an ethics coach?

The moral dilemma - what to do when making difficult decisions as a ...

In an increasingly polarised world dominated by ‘mega threats’, here are four ways leaders can...

By Éilis Cronin
36 hours ago
Indepth

What to look for in negative Glassdoor reviews

New Zealand-based toy company Zuru claims that reviews on the site calling it a “burnout...

Old is gold: Why the creative industry shouldn’t overlook the over-50s

Meet the CEO who fired herself

When Sam White saw herself as an obstacle in her own company, she brought in...

Why entrepreneurs should celebrate their wins

From team morale to burnout, here are four reasons why it's time founders start celebrating...

MT takes you behind the scenes to see what makes a CEO, from their academic...

Delivering rewards and recognition to a borderless workforce

Is your employee about to “ghost” their job? Here are the telltale signs ...

Employee are no longer hiding their dissatisfaction with their jobs and are simply disappearing from...

Should you give your staff a one-off "cost of living" bonus?

HSBC and Virgin Money are giving staff a one-off payment to help with the cost-of-living...