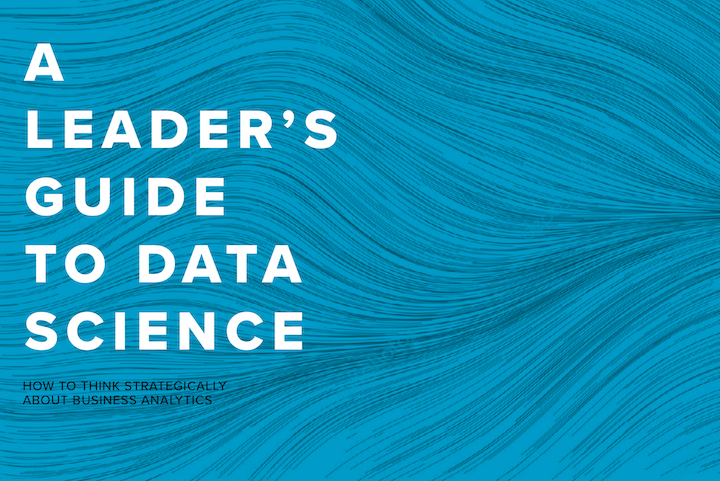 A Leader's Guide to Data Science

Business has always been a numbers game. There aren’t many senior executives who don’t know their way around a spreadsheet or who would opt to make decisions solely based on gut feeling – important though that can be – without recourse to hard evidence. But the rise of modern data science techniques seems to be turning business from an art and a science into an enigma. There is now an astonishingly successful set of companies, most prominently on the US West Coast, that can do seemingly miraculous things with advanced statistics and computer science – the kind of acrobatics that used to be confined to academic research and sci-fi novels, and that make you wish you paid more attention at school.

Unsurprisingly, and egged on by a cabal of “digital transformation” consultants that have a vested interest in making things seem even more complex, leaders of traditional businesses are falling over themselves to become data-driven – much of the time not really knowing what that means and much of the time failing, yet determined not to be left behind.

This report is designed to demystify data science . We have spoken to leading data scientists in both research and practice to separate the reality from the hype, to explore what happens inside the algorithmic black box and to examine what applied data in its various forms can actually do for businesses. We look at the questions decision-makers should be asking of their data scientists, and how to build data capabilities in your company without betting the farm. And the good news is, you won’t need a degree in statistics to understand it.