Men are more confident, naturally dominant and prefer things. Women are kinder, more hesitant and prefer people. These differences, as received wisdom would have it, are biological. The female and male brain are different.

Except they’re not, says Gina Rippon, professor of cognitive neuroimaging at the Aston University Brain Centre and author of The Gendered Brain. Over the last 200 years we’ve just been encouraged to think they are.

The lifelong "plasticity" of the human brain means that it can change and adapt as a result of experience, she says. And that means what’s going on outside the head is as important as what’s going on inside.

Rippon spoke to Management Today about the consequences of the male and female brain myth, why gender doesn’t determine skill and the usefulness of IQ tests for recruitment. 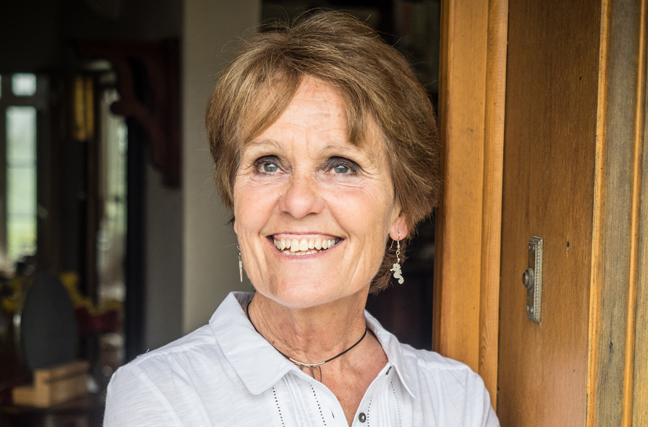 Are there any biological differences between the male and female brain?

So why do various studies suggest men are more confident, for example?

"It links to the way in which our brain determines our behaviour. The brain responds very well to how the world expects people to behave.

"There’s a great phrase by Reshma Saujani, who founded an organisation called Girls Who Code: 'We raise our boys to be brave and our girls to be perfect.' That’s a fantastic summary of the different pressures on boys and girls from an early age."

You warn against falling for ‘neurononsense’. What do you mean by that?

"I’m horrified by how much research is being misrepresented and misused. Scientists are sometimes less than responsible in how they explain what they find and the implications of those findings.

"The arguments they make are plausible because they "confirm" what people already think – beliefs that continue to shape the environment within which people grow up, are educated and employed.

"Just recently I was reading about a firm whose business manual explained how women should act in certain situations, how they should dress and what tone of voice they should use. I think it’s fed by a sort of accessible, but ill-informed self-help manual.

"Language is really important in terms of what people hear. Next time you’re confronted with a claim such as ‘at last, the truth that men’s and women’s brains are different’, just look at what kind of arguments are being made: are we harking back to evolutionary biology as the reason?"

What’s your impression of diversity efforts within business? Do they work, or reinforce existing stereotypes?

"One of the downsides of gender initiatives, even if they’re trying to solve a pay gap, is that you sustain the belief that there is a difference between men and women. If you measure their behavioural and neurological information, you’ll get classic bell-shaped curves and a huge amount of variability within each group. But if you put that data on the same axes, they overlap enormously.

"There are issues associated with saying that women have a particular set of skills that are missing from the boardroom. Just appointing people because they’re men or because they’re women is not actually going to change that. But clearly people with exactly the same potential are not achieving that potential in equal numbers.

"That’s why you should be looking at the longer-term issues that affect how people arrived at a particular choice point."

You’ve questioned the usefulness of IQ tests as measures of skill. Why?

"Businesses are quite fond of their questionnaires and personality profiles. But one of the issues we need to look at is how good are the measurement tools that we’re using to gather the data? There’s a lot of promotion of quick and dirty tests without anybody asking whether they are actually useful.

"IQ tests are a classic example. They don’t really measure anything useful with respect to individual skills. Research came out recently that suggests a link between particular genetic profiles and IQ, but the idea that there is a single common factor that will discriminate one individual from another is flawed. It ignores variability within groups."

Do you believe the impact of our experiences on our brains can be reversed?

"One of the more optimistic views that I hope comes out of this is that we’re not necessarily driven through life by the brains we’re born with, or the brains we’re stuck with because of how we’ve been treated at school.

"We know now that there are dramatic changes we can bring about in our brain and the skills we can learn. If there are particular skills your business needs, for instance, you don’t necessarily need to look outside the organisation, there are things that your existing workforce can learn."

Why you're probably wrong about everything