On the one hand, today’s labour market figures are a welcome plumage-plumper for chancellor George Osborne before he delivers his final Budget before the General Election. Unemployment stayed at a six-year low of 5.7% for the second month. The number of people in work hit a record high of 30.94 million. Jobless benefit claimants fell to 791,200, the lowest level since 1975.

But that’s not the whole story – although it is the one Osborne wants to tell. The figures were ‘yet another economic milestone’ and ‘further proof that the government’s long term economic plan is working,’ he crowed. He’ll get more support for that today from the Office for Budget Responsibility, which is expected to upgrade GDP growth projections for this year from 2.4% to 2.6%.

But today’s ONS data is disappointing. For a start, economists had expected unemployment to fall yet again to 5.6% in the quarter (November to January). But real wage growth was even more laggard, at 1.8% including bonuses, compared to predictions of 2.2% by economists polled by Bloomberg, and 2.1% in the three months to December (which was, to be fair, boosted by bumper Christmas bonuses).

It is now handily outstripping inflation, which fell to a record low of 0.3% in January and which Bank of England governor Mark Carney has said will probably fall even more in coming months. Falling inflation is also the reason why George Osborne will be able to give voters a handful of pre-election sweeties today, as the Government has got an estimated £6bn windfall from lower interest payments of late. 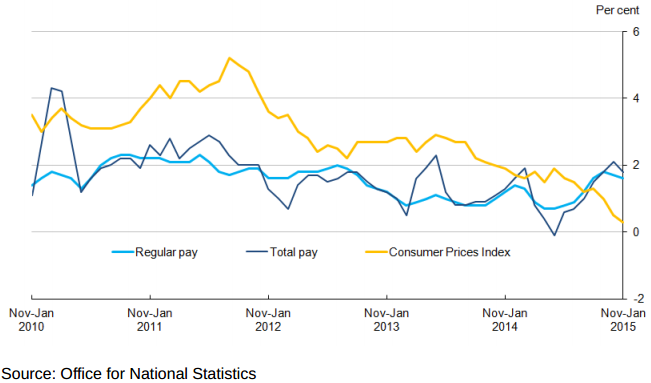 But the uptick in real wage growth does not take away from the fact that British workers have suffered an enormous real wage cut since the financial crisis. And one that is far more swingeing than its developed economy peers. 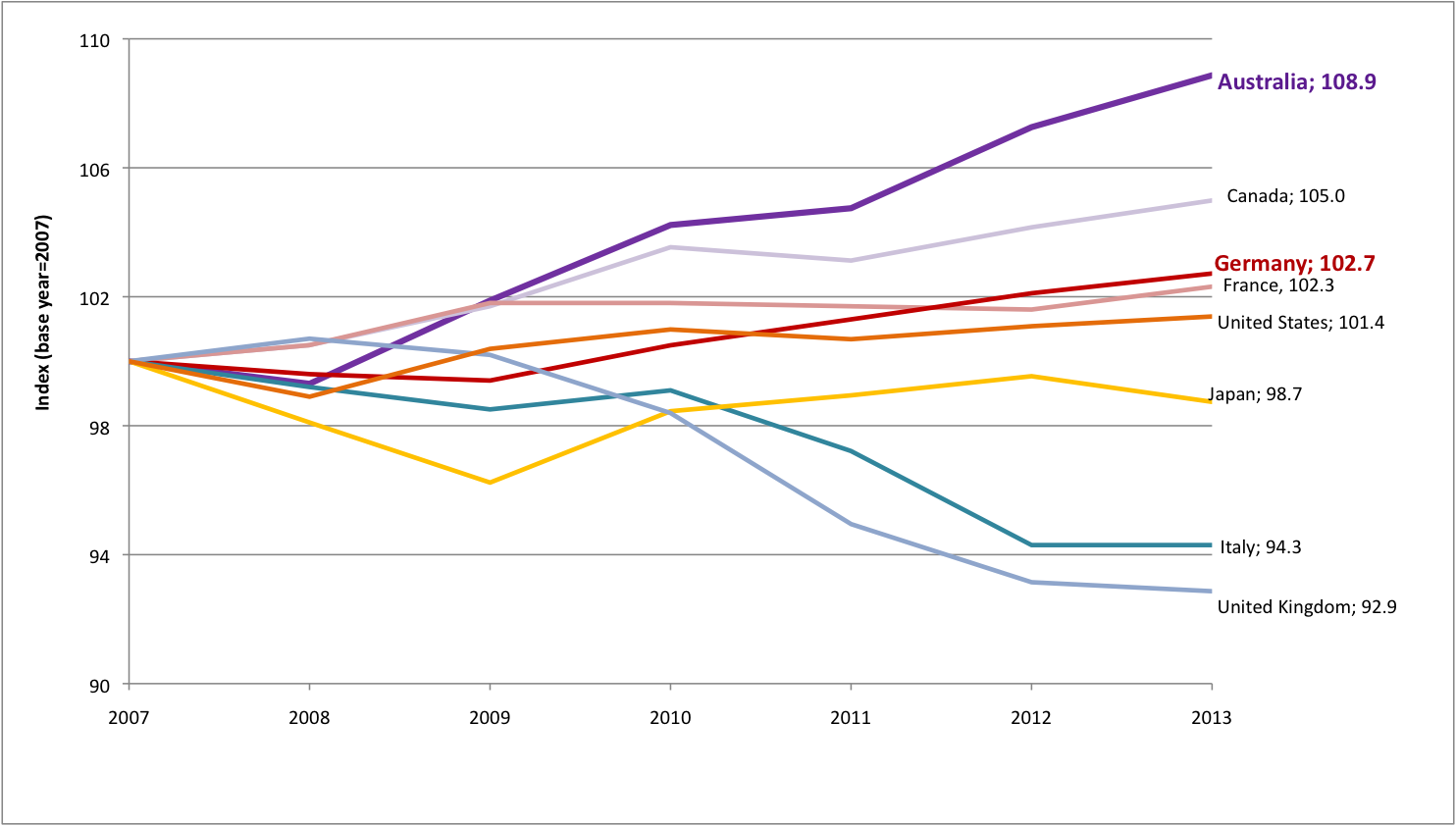 The enormous elephant in the room here, though, is productivity. Workers’ output per hour in the third quarter of 2014 was 2% below what it was at the start of 2008, according to the ONS. Had productivity kept up its pre-crisis growth, it would be 16% higher. The American private sector is 13% more efficient than the UK’s and even France is more productive, according to Fathom Consulting director Erik Britton. Sacre bleu. 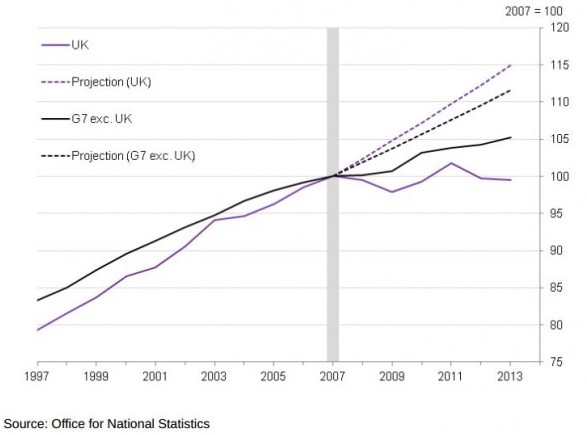 Wages aren’t going to go anywhere serious fast unless we start producing more, more efficiently. After all, you wouldn’t pay a worker that slacks off. The question for Osborne and the Tories, though, is whether swing voters will make a beeline for those Budget goodies or take a long, hard look at their pay packets and vote Labour.