McDonald’s has a supersize problem. It sales and profits have been tumbling, as Americans finally discover the value of healthier nosh, while a series of food scandals have rocked its Chinese and Japanese businesses (human tooth in your fries, anyone?).

That saw to CEO Don Thompson, who was replaced by Steve Easterbrook in March. The Watford FC fan revived the British business between 2006 and 2010, so there were a lot of hopes hanging on his much-awaited turnaround plan.

Investors were disappointed though: the fast food giant’s shares closed 1.17% lower last night at just above $96 (£63). Easterbrook took 23 minutes to set out his big ideas in a dull-as-dishwater video address, admitting ‘no business or brand has the divine right to succeed’. But the devil, it seems, was in the lack of detail.

1. Changing up its structure

Out with the geographic segments, in with divisions based on market similarities. The US, which makes up around 40% of McDonald’s operating income, stays on its lonesome. Established countries such as Canada, the UK, Germany and France will live in ’International Lead Markets’, while ‘High-Growth Markets’ will include everything from China and South Korea to Russia and Switzerland. Everything else – about 100 countries or so – will be ‘Foundational Markets’.

The shake-up makes some business sense – it should be easier to apply similar strategies to areas where growth is exponential or slow ‘n’ steady. But even in a globalised world it’s hard to imagine that the Netherlands and Italy are closer to China than they are to the UK. And managing across multiple time zones will no doubt cause some Big Mac-size headaches.

There is also a distinct lack of senior management reshuffling. Three of the division heads have just changed job title from being regional bosses, while the fourth was an internal promotion. McDonald’s likes to nurture its own talent – Easterbrook started in the UK finance department in 1993 – but new faces bring new ways of thinking, which are often vital to making a success of a turnaround. 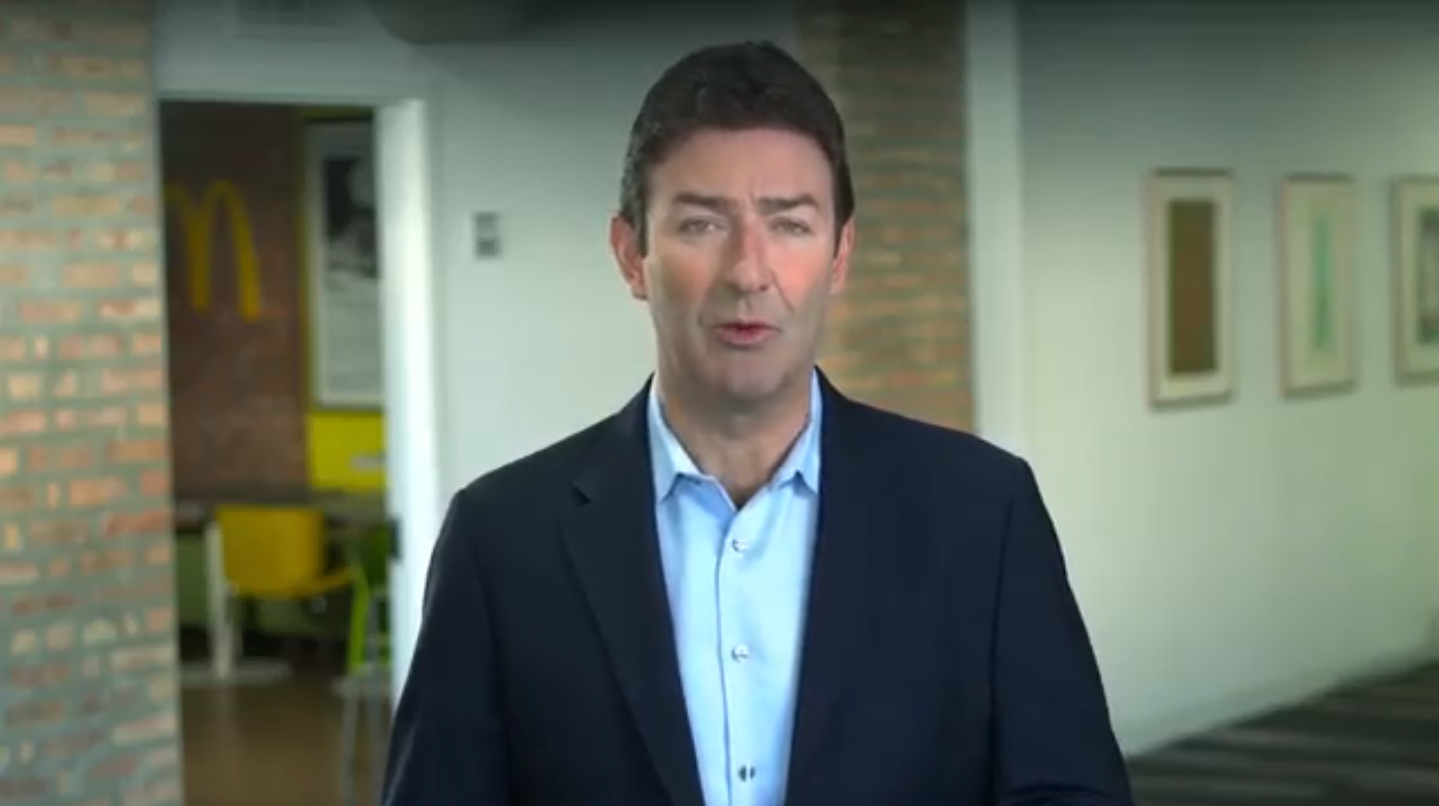 A slightly misleading word, refranchising actually means selling company-owned restaurants to franchisees. McDonald’s currently owns 19% of its 36,200 stores around the world, but is now planning to reduce that to 10% by 2018.

There are some definite pros: much of the risk associated with both fluctuating sales and food and labour costs is passed onto the franchises, which are then arguably run more efficiently. In the short term, Easterbrook will also get a nice wadge of cash to pass onto shareholders, who have been promised $8-9bn this year.

Investors might have even wanted the former accountant to go further. Burger King is now 99% franchised, while Subway has always been 100%. But it’s no panacea: the structure arguably makes changes slower to roll out and means McDonald’s will have to work even harder to keep its legions of restaurant owners McFlurry-sweet.

Almost a decade after Brits turned their nose up at supersizing, American consumers are finally giving processed food the proverbial finger, with companies from Kraft to Coca-Cola struggling in a brave new world of increasingly varied, fresh produce. McDonald’s unsuccessful answer has been to bloat its menu, which has both confused customers and slowed down service.

The chain has already announced it won’t be serving chickens fed with antibiotics that aren’t necessary for their health in the US. But Easterbrook’s snoresome speech was notable for its lack of further explanation of how it’s going to win back home customers who are increasingly turning to healthier Mexican takeaway Chipotle and beefier burger sellers Shake Shack and Five Guys.

Easterbrook, who played cricket for a Durham University team headed by future England captain Nasser Hussain, has form. The Golden Arches were positively toxic in the UK in the noughties after the McLibel case and the twin punches of Super Size Me and Fast Food Nation and they’re now practically an indigenous high street institution.

But he’ll need to show investors the money – and ditch the Supersize Stateside – if he doesn’t want his head to be next on McDonald’s menu.