Apple has joined tech rivals like Samsung, Motorola and Sony in the wearable tech realm by finally unveiling its highly anticipated Apple Watch, one of those gizmos that measures and provides data on the user's movement, heart-rate and activity and can be synced up to workout apps.

The clock was definitely ticking for Apple – more than 10 rivals launched their versions at this year's IFA tech fair in Berlin, the majority powered by Google's Android Wear platform. It's been a while since their announcements have caused the kind of stir they're renowned for.

CEO Tim Cook was certainly excited about this one, describing it as the 'most personal device we've ever created'. Of course they haven't perfected the Apple Therapist yet.

So what is the Apple Watch? As you'd expect it has all the stuff that Apple devotees salivate over: apps including voice-control tool Siri, Messages and Maps; Bluetooth-enabled syncing to and from iPhones; and a zoomable touchscreen that can differentiate between a tap and a touch. It even has a button on the side. 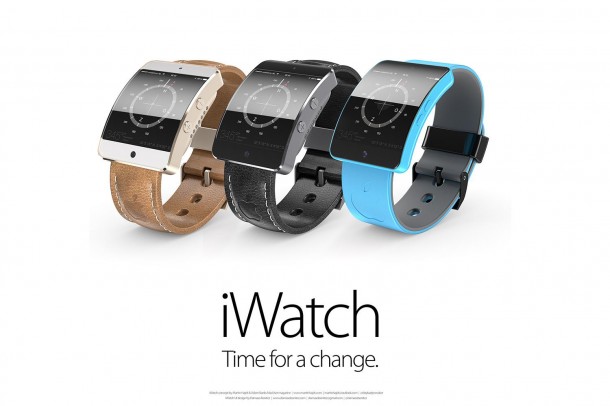 Of course you can also do really useful things like share your heartbeat with other users. Indeed, wearable tech is clearly a massive deal from the health and welfare perspective. Research firm CCS Insight expects 22.3m wearable devices to be sold in 2014 – that's up from 9.7m in 2013 – and much of that is sold on the benefits of quantifying, and thus improving, your fitness.

Not that smartwatches have exactly sent the public's pulses racing yet. It seems a no-brainer for the manufacturers: 70% of the market for smartphones is saturated in developed markets, so wearables offer a new area of growth potential. But according to research by Endeavour Partners, a third of Americans have ditched their smartwatch within six months of trying it. The question is whether Apple can use its cache and design nous to make something stick to the wrist.

It's worth remembering that this is the first iteration of a new platform. As such, as long as people do buy into the idea of strapping tech to their arm (which may be an odd idea for many users these days, especially younger ones), we can expect some pioneering stuff.

As an idea of where it's heading, the Apple Watch also includes a payment tool, Apple Pay, meaning users can pay for goods (in the US for now) using it like a contactless credit card. So while for the tech faithful this may well prove an extra fun lifestyle improvement, for others it's bound to represent another landmark on the monitored march towards an ominous tech takeover.

Note that yesterday the new U2 album began magically appearing in half a billion people's iTunes libraries, forming the largest album release of all time. Which, depending on your opinion of U2, is either a rare act of generosity from the recording industry, or the most insidious sign yet that Big Brother exists. How long till the nation's watches are vibrating in unison to announce an hour of synchronised squats to the rhythm of Big Bono?