Another day, another sexism in tech story, with Prague-based angel investor Pavel Curda outed for sending emails and texts to women hassling them for sex. 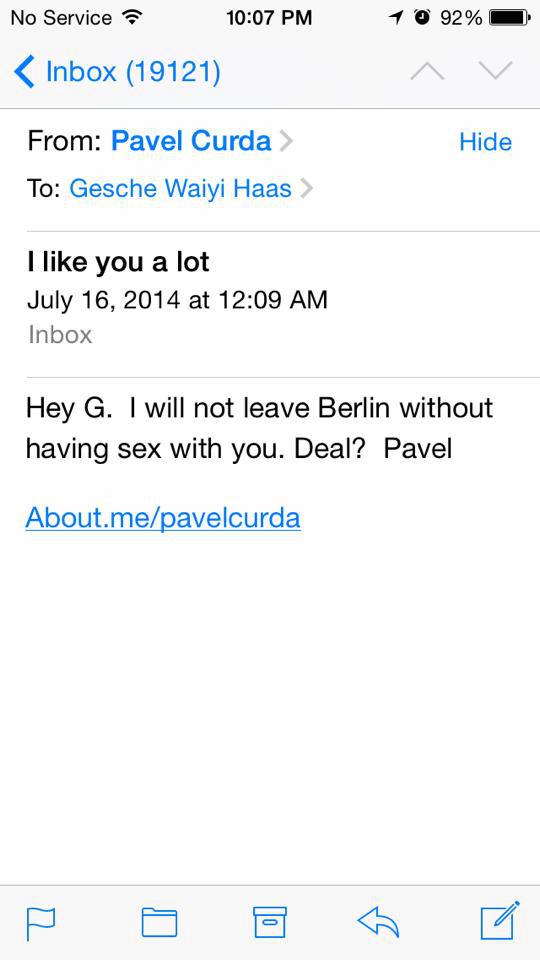 Curda, who describes himself rather wide-rangingly on his Twitter profile as an ‘Entrepreneur. Angel investor/VC scout/startups mentor. Visionary. Motivator&Leader, a writer, a mentor at European accelerators’ [sic] sent the email to Gesche Haas after meeting her at a networking event in Berlin.

‘I was so flustered. I couldn't sleep for an hour or two. What did I indicate to him?’ Haas, a New York-based startup staffer currently at work-tracking software company Conjure.io, told Gawker, after being encouraged to go public by other female techies (although of course Curda's sexism wasn't anything to do with her).

Curda tried to claim he’d been hacked, but then backtracked. ‘I fucked up... She’s a nice lady and I was fucking drunk,’ Curda said, rather charmingly, in an interview with TechCrunch.

‘The day afterwards I really regretted it [sending the email] and I apologised to her... For the record I don’t have a drinking problem, this was a one-off mistake... I am not sexist,’ he said.

Except Lucie Montel, an event organiser and marketer for Berlin startup hub Rainmaker, then outed him for sending exactly the same message to her. 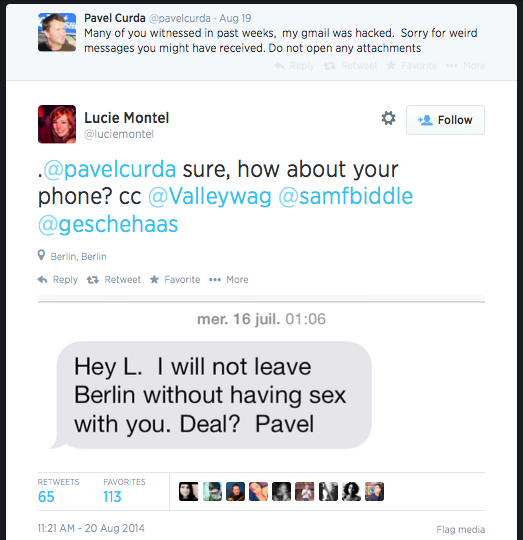 Which Curda had already sent a similarly unacceptable apology for.

‘I felt somehow ashamed & guilty after it happened and didn’t have the courage to try to do anything about it. But now it is out, I cannot let people doubt or minimize it,’ Montel said in an email to TechCrunch.

Sadly, this probably isn’t an isolated incident either, but symptomatic of a wider problem in tech, business and society. A Reuters article published today featured a startup founder advised by a female investor to dye her blonde hair brown to attract venture capital. Tinder’s co-founder was accused of sexual harrassment last month. And recently released diversity stats from Google, Facebook, Twitter et al are just embarrassing.

The one bright spot in this sorry tale, other than Curda’s rightful outing and humiliation? It shows the pervasiveness of social media - things are much less likely to slip under the radar nowadays. And amen to that.