Getting rejected can be pretty tough, most often (and certainly in MT’s experience) rejected parties receive nothing except vacuous and uncomforting silence from their deniers. But every once in a while, someone will send a letter of rejection, like a soothing pair of arms wrapping around the rejected – these letters can explain, advise or entertain.

For us, the emphasis is on entertain.

Here’s our pick of the rejection letters we found during our internet expedition.

1. Let’s kick off with this week’s Twitter smash hit. It was a letter of rejection from Cadbury to an applicant for the role of Global Quality Manager. Note: the applicant’s attempt to bribe the global confectionary giant with a fiver. [There are rumours flying about that this letter is a fake. Even so, we love it.] 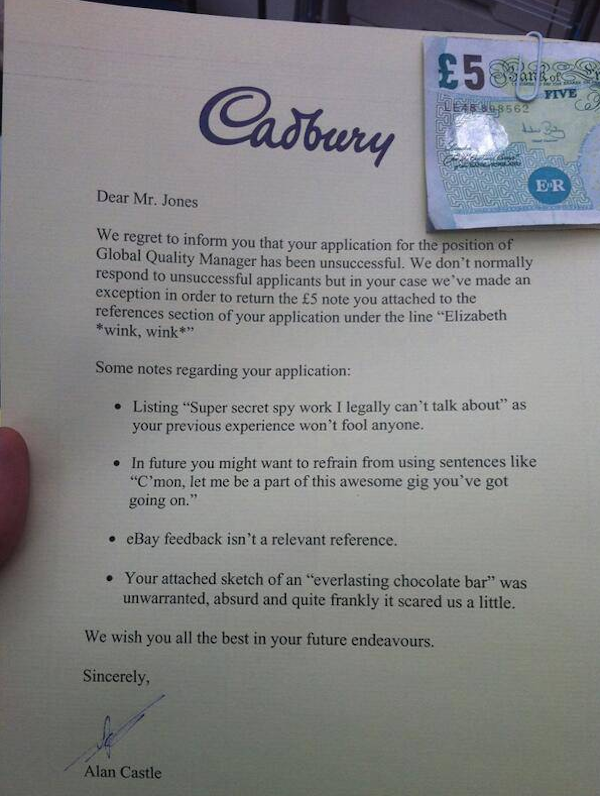 2. In October of last year, Bigjigs toy maker applied to the Department of Transport to run the services on the West Coast Mainline, after an argument broke out between Virgin Trains, First Group and the government over the line. A few months later, the Department for Transport responded. 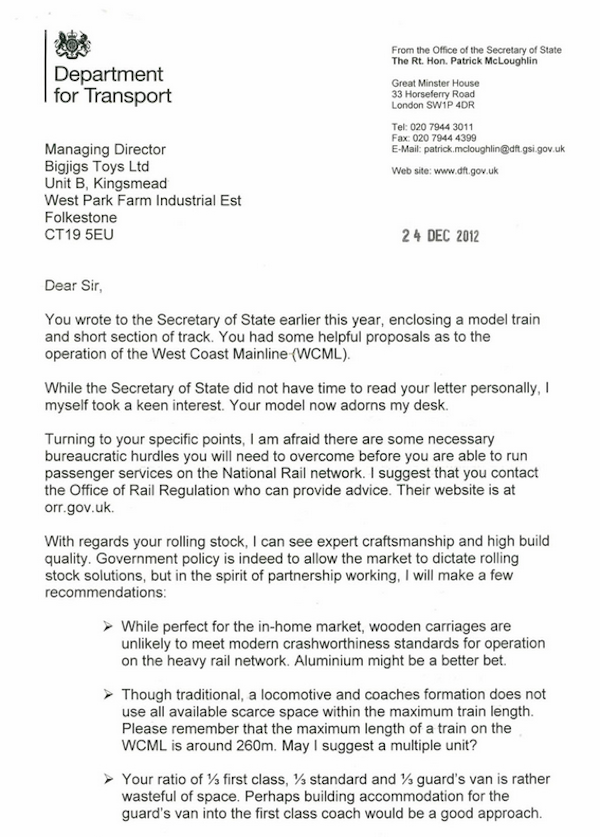 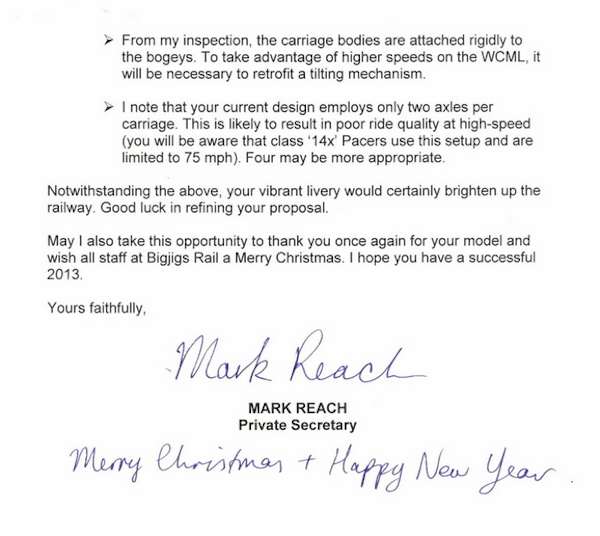 3. Back in 1912, celebrated American author Gertrude Stein received a rejection letter after she sent her novel, ‘Three Lives,’ to a publisher. He really didn’t like it. 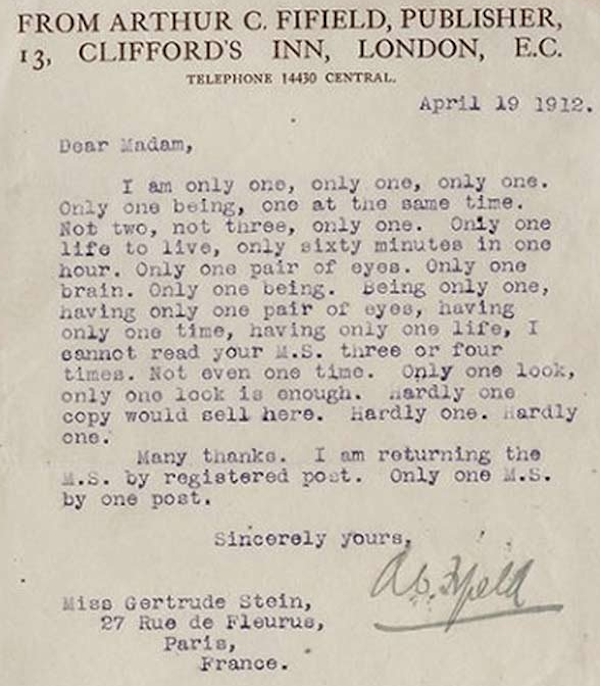 4. This next letter would have cost Disney millions of pounds in discrimination fines had it been sent today. Miss Mary Ford was rejected simply for being a woman. ‘Women do not do any of the creative work,’ it explains. Humph! Turns out Miss Ford did get her chance to shine during WWII when all of the ‘creative men’ were at war. Go Mary. 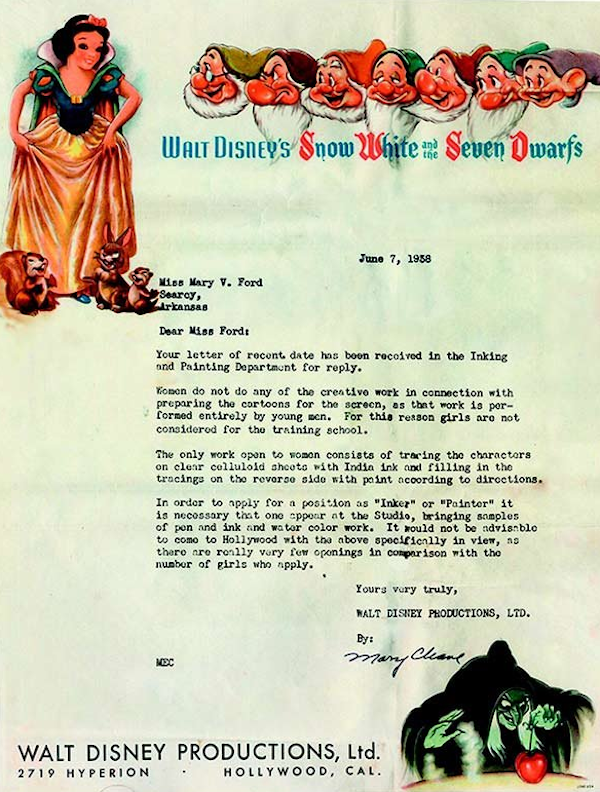 5. In 1996, someone found out the hard way that The New York Times simply doesn’t swear. 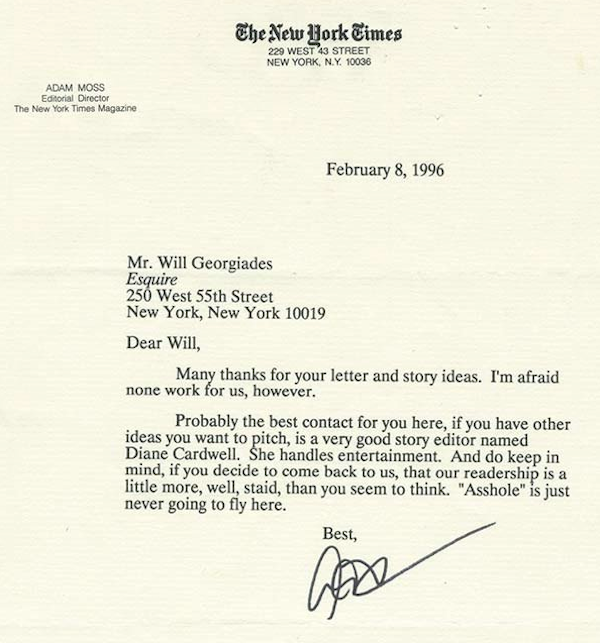 6. This next letter turns the classic rejection letter on its head. Chris L Jensen rejected his rejection. Brilliant. 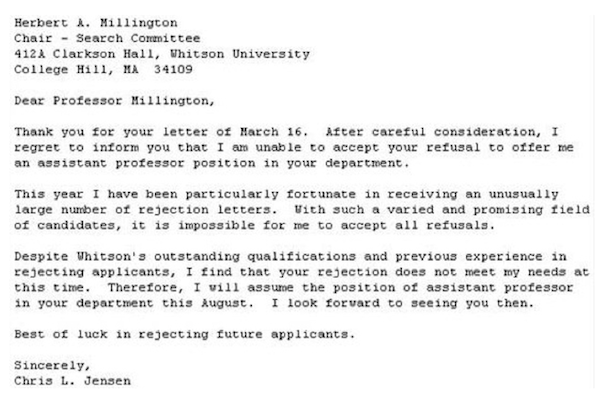 7. Starting a rejection letter with ‘Dear Loser’ probably doesn’t provide the receiving party with much in the way of comfort. 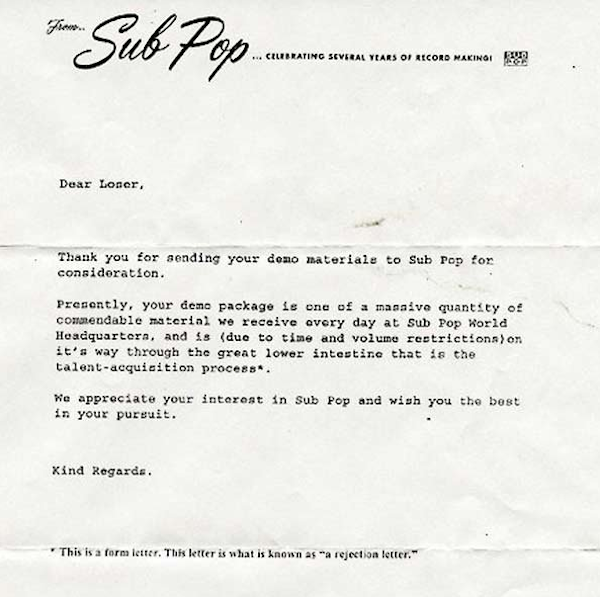 8. This company on the other hand, offers quite a therapeutic and nurturing rejection letter. 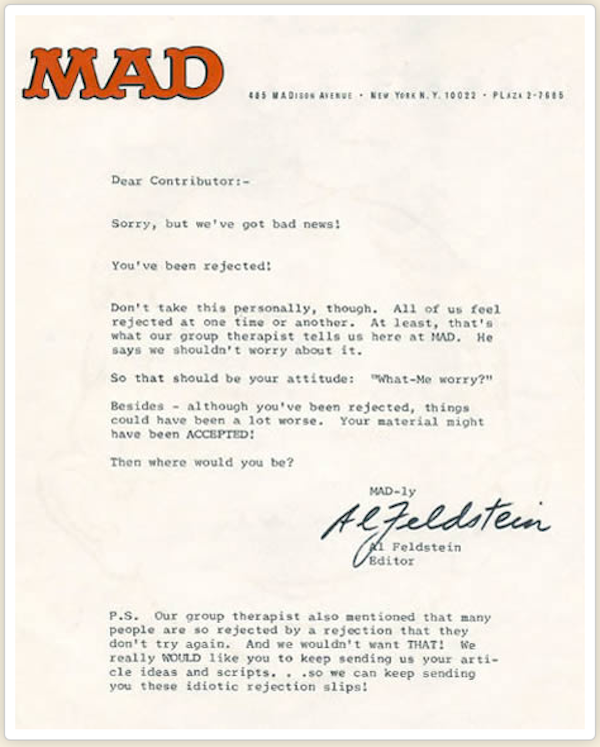 9. Playgirl magazine doesn’t hold anything back when it comes to its centrefolds, it’s only fitting in that case that it lets it all hang out when it responds to applicants. 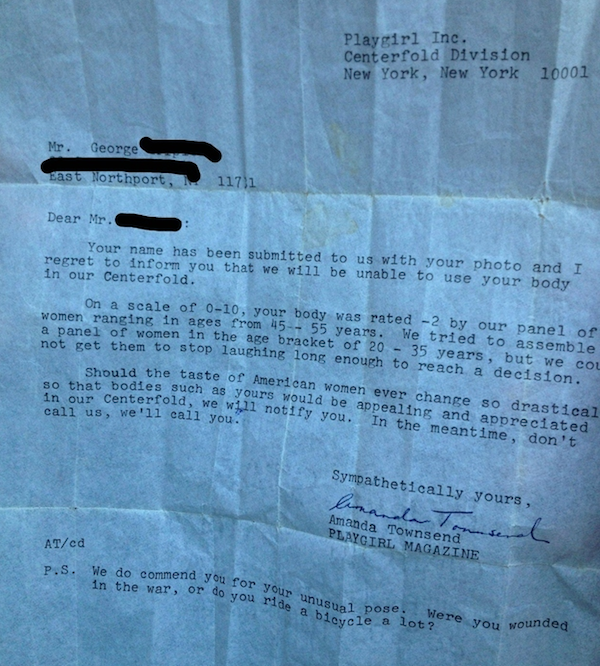 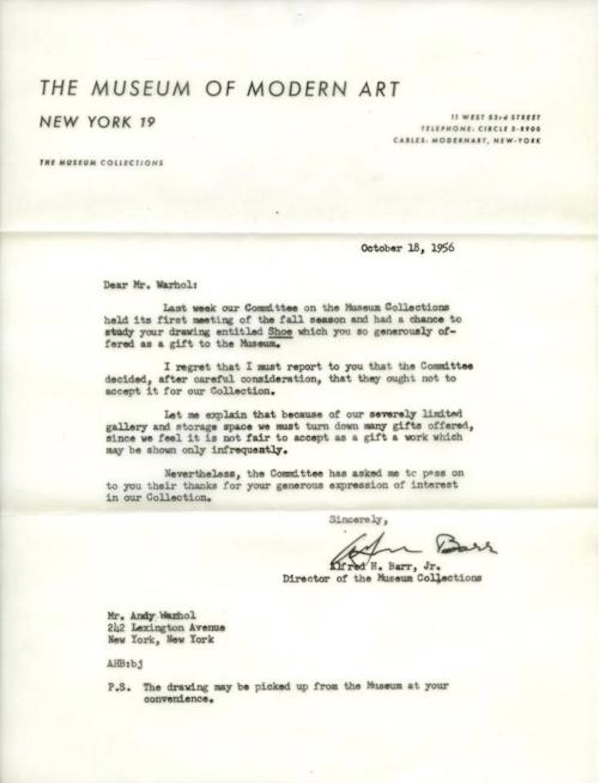 Yet another blocker to female career progression - an 'entitlement gap'

How to approach the tricky topic of retirement with staff

By Orianna Rosa Royle
13 May 2022
Women in Business