Three years ago, things were not looking good for Travelodge. The budget hotel chain, launched back in 1985, was up to its eyeballs in debt – forcing it to seek an emergency loan and ultimately to be acquired by current owners Goldman Sachs, GoldenTree Asset Management and Avenue Capital Group.

What do the folk at Goldman Sachs know about budget hotels? They’re surely more used to Claridges than a Travelodge, you might think. But the deal appears to have paid off as revenues have soared and debts have withered.

In the six months to 1 July total revenues were up 17.9% to £261m, thanks to increased occupancy rates and a jump in average room rates - which were up 11.4% to £48.19. Travelodge can get away with charging more thanks to a revamp that included the ‘modernisation’ of 92% of its rooms. MT recently spent a night at the chain’s Gatwick Airport hotel and can confirm that, though expectedly soulless and basic, it did the job for a reasonable price. 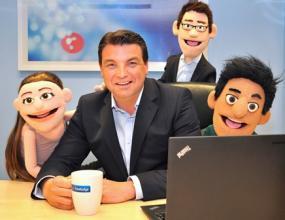 ‘Britain continues to be a nation of value seekers and the value hotel market continues to be the fastest growing part of the UK hotel industry,’ said chief executive Peter Gowers, pictured here with what MT can only assume is the rest of the board. ‘New Travelodge is well positioned and we expect our strong trading momentum to continue into the second half of the year.’

Like budget airline EasyJet, Travelodge has benefitted from an increase in business bookings. ‘Back in the day business travel was all about executives on expenses – you had in your mind the image of someone in a chauffer driven car,’ Gowers told Today. ‘That’s all changed, businesses now look at travel as a cost to be managed very carefully, and I think it’s a structural change, it’s not just to do with the recession.’

Travelodge plans to open 45 more hotels with 3,600 rooms in the next two years, and could also be set to check in to the stock market. Its owners have appointed Deutsche Bank to look at options for disposal, and while selling to an Asian suitor looks like the most likely option, a listing is also thought to be on the table. Gowers had better take advantage of the chain's new Sleepeezee beds and get some rest, as either option is likely to lead to a lot of late nights.