The great engine of Chinese economic growth could be about to stutter to a halt, for a reason very familiar to the developing world - property. Massive oversupply, fuelled by (you guessed it) a glut of easy credit, has started filtering through to falling prices. The outcome is probably not going to be pretty.

The price of new Chinese homes fell by 0.9% in July, the largest monthly fall on (an admittedly relatively short) record and the third drop in a row. And it was country-wide too: prices fell in 64 out of the 70 cities surveyed. 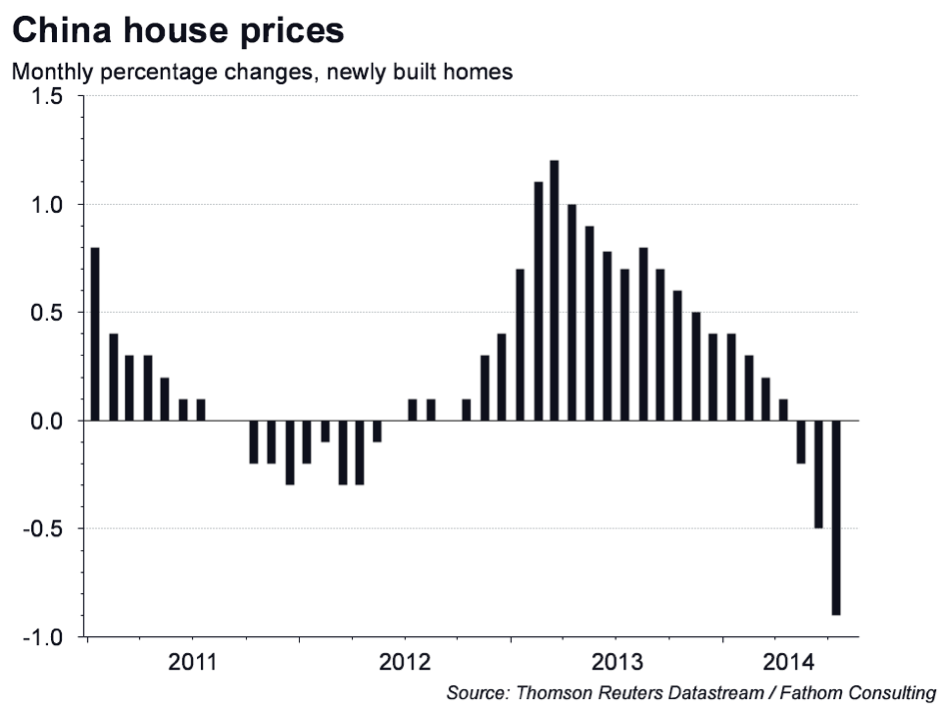 We’re not set for a full-blown Chinese financial crisis just yet. As Fathom Consulting pointed out in a research note yesterday, US property prices peaked way back in April 2006, more than two years before Lehman Brothers went under in September 2008. 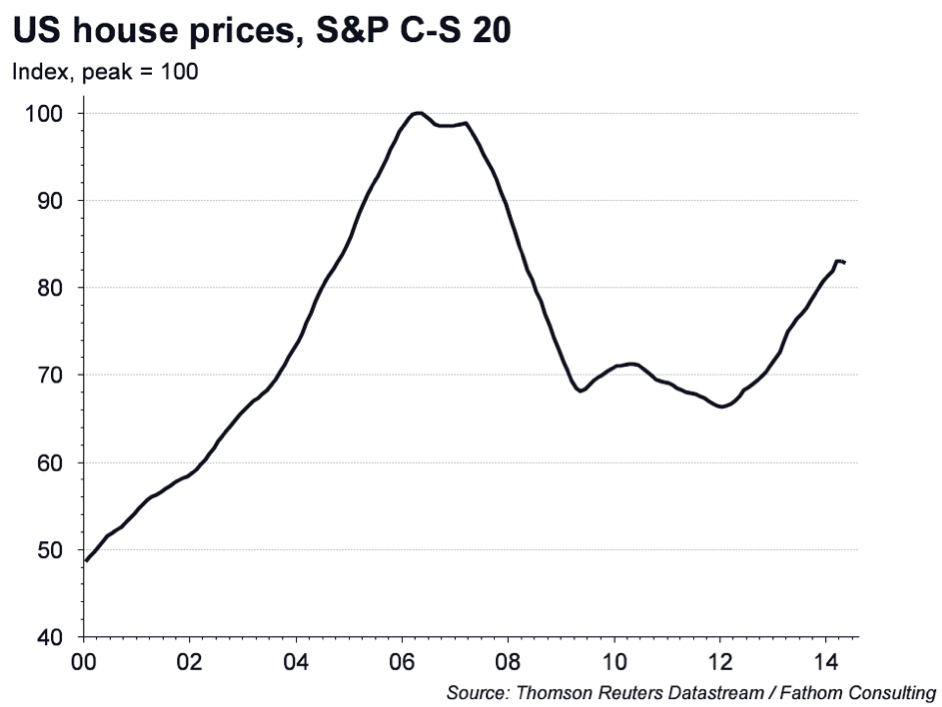 But it doesn’t look good. Non-performing loans (where scheduled payments are overdue by 90 days or more) across the entire financial system (including non-regulated lenders – so-called ‘shadow banking) are equivalent to 17% of GDP, Fathom estimated. In contrast, the official estimate for China’s 10 largest banks is 1%.

Meanwhile, property accounts for 25% of capital investment and, with associated industries like concrete and construction machinery, about 17% of GDP, according to former UBS chief economist George Magnus.

‘If this leading edge of China’s growth model saw a fall in investment growth from 20 per cent to 10 per cent, economic growth would slide by roughly 2 per cent,’ he wrote in the FT last month. The growth in investment in all fixed assets has already slowed to 17% from above 20% this time last year.

The risk, then, is contagion in the banking sector, as it starts to buckle under the weight of unsold properties and bad loans. China’s government will do everything it can to stop, or at least contain, any crisis (it’s spending massively to try to keep GDP growth on course to hit its 7.5% target this year). And, as MT has written before, the economy is now big enough to outgrow most issues. But it looks like the dragon can’t breathe fire forever.