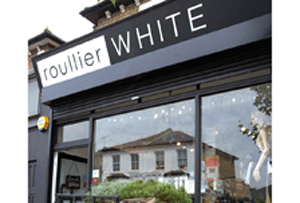 Lordship Lane, in East Dulwich, London, is the sort of thoroughfare that has become such a feature in affluent British cities: all sourdough, boutiques and beauty clinics. But perhaps its biggest 'yummy-mummy' magnet is a shop called Roullier White. Here, a general gift section at the front leads punters by the nose straight into a white-painted atelier where 60 independent perfumes shimmer and entice beneath spotlights.

Roullier White is one of a clutch of perfumers that have taken scent beyond the department-store, orange-faced spray mercenary into a glorious miasma of independent scents, artisanal perfumes and micro-fragrances. 'When we opened 10 years ago, we concentrated on hard-to-find brands,' says manager Lawrence Roullier White, who set up after a career in charities and retail.

'Now we're one of the biggest collection of independent fragrances in the country.' And he's being approached all the time by new scents, eager to join his fragrant fray. His shop attests to an 'indie' perfume boom, and perhaps it had to happen. Take a secretive industry waiting for a breath of fresh air, add the entry to market given by the internet, put in a pinch of hip artisan 'maker' culture and stir with a growing band of fragrance obsessives – anyone could smell it coming.