When cars were first introduced to Britain in the 19th century, the Government's response was to pass a law requiring that, for safety reasons, every automobile had to be preceded by a man carrying a red flag or a lantern, to alert road users of its presence. The current Government deserves credit for its altogether more progressive approach to the regulation of driverless cars.

Today it confirmed previously floated plans to go ahead with allowing the testing of driverless car technology on British roads, after a consultation found there were no legal impediments to doing so. The testing is vital as there are still plenty of issues which need to be ironed out - how can driverless cars coexist with piloted ones, what happens if they get hacked and who's liable in event of a crash?

But the case for such technology is strong. Handing control to a computer could reduce accidents caused by human error, save time, improve productivity and cut emissions.

'The UK is at the cutting edge of automotive technology - from the all-electric cars built in Sunderland, to the Formula 1 expertise in the Midlands,' said Vince Cable. 'It’s important for jobs, growth and society that we keep at the forefront of innovation, that’s why I launched a competition to research and develop driverless cars.' 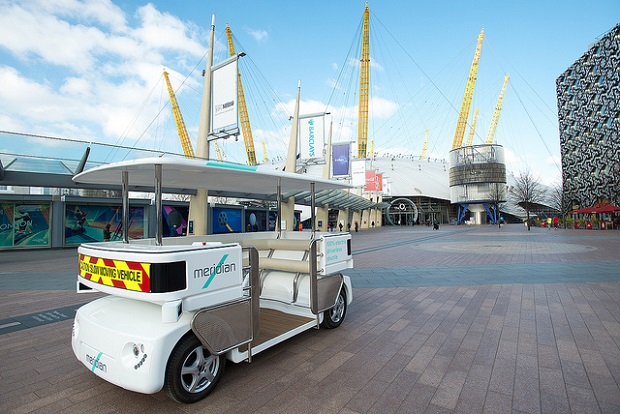 The four winners of that competition will receive £19m in funding. These include the Meridian Shuttle in Greenwich (above), excessively futuristic looking looking 'pods' developed by Coventry's RDM (below) and the 'Wildcat', a military 4x4 developed by BAE Systems.

Driverless cars are a good fit for Britain. Our automotive industry is one of the few areas of the manufacturing sector which is truly world class – even if the biggest manufacturers are owned by overseas investors. Claire Perry, the transport minister, said the trials 'present a fantastic opportunity for this country to take a lead internationally in the development of this new technology.' 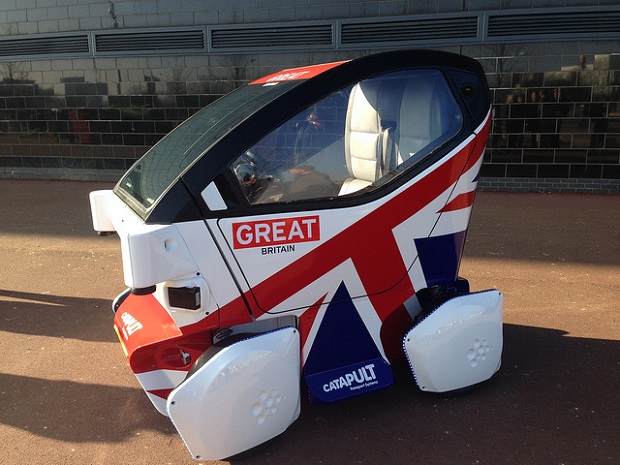 Britain faces stiff competition though. In the US, Google has been trialling driverless tech on its Mountain View campus for what feels like donkey's years and last April it announced they had clocked up more than 700,000 miles on the open road.

The Germans are also giving it a go – last month Audi's A7 concept drove itself 550 miles from San Franciso to the techie nirvana Consumer Electronics Show in Las Vegas. Britain could make a name for itself in driverless technology, but it's got a lot of catching up to do before it overtakes anyone else.