Talent and hard work are more fashionable than character. It’s well known that if someone has both in good measure – with a little luck – success is sure to follow. But when the dice do not fall in your favour, it’s character that counts.

A period of unemployment is a setback that seriously tests your character. Confidence, a quality that rightly or wrongly has a huge impact on our success, can take a heavy knock. Financial risks become more pronounced as your savings dwindle. It’s easy to see why people would want to play it safe.

Yet not everyone does. For some people, redundancy or even long-term unemployment can be the crucible out of which they forge a new career or even build a business. MT recently spoke to three entrepreneurs who started their businesses after losing their spot on the slippery pole. Here’s how they did it.

I took a job as a speech therapist on the Isle of Lewis in 2012, straight out of university. I used to make jewellery to sell on Etsy, so I suppose I’ve always been a little that way inclined, but I never thought I’d make a full-time business out of it. I had my career, and that’ s what I was going to do.

Within six months I noticed a decline in my health, but nobody could tell me what was wrong with me. I struggled to walk, to wash, dress and feed myself. Within the year, I had to resign and move back to Sheffield, where I found out I had Lyme disease.

With a little bit of treatment, I started to get some strength back. I realised I had maybe an hour or two a week that I could do something. Unfortunately, jobs don’t exist for those one or two hours here or there when you’re feeling up to it.

One day, I had a package through the post from a friend. It was tough day and it completely turned it around. That kind of stuck with me, and I had the very loose idea of starting a business around sending boxes of nice things to people through the post, but it wasn’t a plan for a business.

Then my mum gave me a ring and said she’d picked up this leaflet about the Prince’s Trust enterprise programme, which helps young people start their business. I started in January 2015. They helped me with some market research, and gave me a grant to buy in materials for some prototype boxes, which I sold on Etsy. 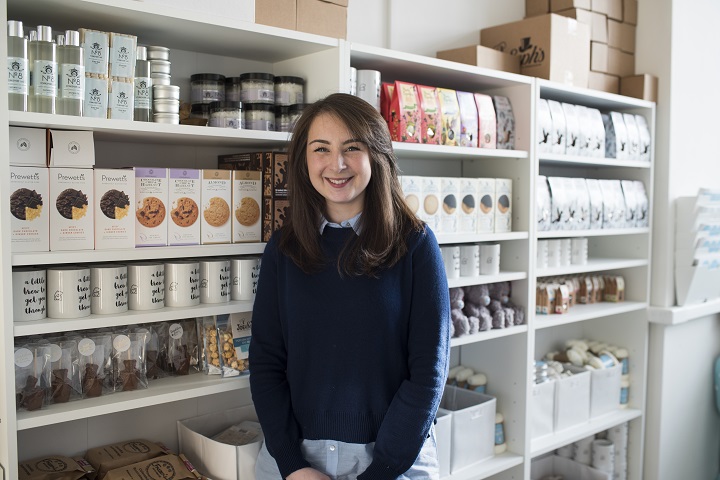 It took a long time before I properly finished my business plan for Bear Hugs. I think a lot of that was my confidence, which had been knocked by falling ill. In my plan, I said I hoped to sell 400 boxes in my first year. I ended up selling over 1000. It really hit home that there was something in this when I first got an unsolicited email from someone who’d received a box, saying it had turned their day around and that they were going to order one for their friend because it made them feel so good.

I’ve had to learn things quickly – branding, social media and most recently recruitment. I currently employ two people, though I’d like to get at least three or four more on board. I also offer work experience through the job centre for people who have long term conditions like me. The idea is that I could potentially employ them later.

There’s a huge pool of talent out there that isn’t being tapped because people’s circumstances don’t allow them to get to the office at 9am and leave at 5pm five days a week, but that doesn’t mean they’re not hugely capable.

Advice: You don’t have to take over the world to start with. If it brings you a little bit of financial independence, a little bit of purpose that wasn’t there before, it’s worth going for, and there’s a lot of support out there if you look for it.

We were brought up in a very disciplined and strict environment. I wasn’t allowed to go out with friends, I grew up with my three younger siblings. From the age of 13, I would wake up at 4.30am to prepare the papers for my father’s newsagents. As soon as I came back from school, I’d take over from him so he could have a break, and help him shut down at 7.30pm and do all the takings. I enjoyed it more than school, selling, chatting to customers, filling up the crisp boxes.

My parents divorced when I was 16, and I stepped into my father’s shoes and looked after my mum. I’d finish college, then go to work at a call centre until 10 or 11pm, while also helping to raise my brothers and sisters. I went to university to please my parents, but when I graduated I realised I wasn’t earning enough and had this huge student debt. My sister, who happened to be in recruitment, suggested getting into sales to help pay it off, so I did.

I worked for tech recruitment companies, but found myself becoming very discontent. It was all about the commission, not how the customer was feeling. I found myself going back to when I was in the newsagents, being my own boss and creating ideas. If I had my own company, I’d think, this is what I would do. I even started writing a business plan in the background, in case one day it came to fruition, but I didn’t have the cash to do it. 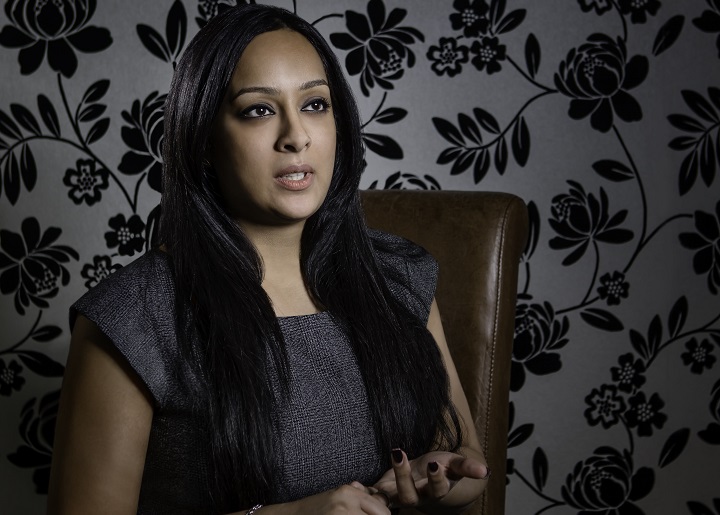 Then I worked for another firm where I fell out with the directors over pay. I’d just fallen pregnant with my daughter, and the stress of it wasn’t good, so I resigned. After working some commission-only jobs, I was approached by an American firm to set up their UK company. I loved it – I started hiring people, got Barclays as our first customer, but then in May 2005 the Americans flew in and made us all redundant. I was back to square one.

Straight away I thought I’m not going to dwell on it, this is a real opportunity for me.

I took the £2,000 redundancy money and within a month I’d set up my company Gibbs in my dining room. Then I went out and sold, won customers, and within six months I was turning over something like £250,000. I could have made this a lifestyle business, taken that money to pay off the mortgage, but that wasn’t what I wanted.

It was never about the money, it was about the flexibility, being your own boss, spending time with my daughter, being able to put all those years of thinking what I’d do if I had my own company into practice, such as offering flexible arrangements for working parents. And that’s exactly what I did. Within six years, our UK sales were £60m.

Advice: Do I have to be with that customer for a final presentation or do I go to my daughter’s nativity play? I had to sacrifice in order to give her a future, and that was painful for me. I’m not going to be one of those people who says just go for it. It’s got to come from the gut. But as long as they have the confidence to feel that if plan A isn’t working there’s always a plan B, they should be okay.

Even though I’m a very hard worker and eager to succeed, I’ve had quite a few hurdles to get over. I had severe anxiety and depression, as well as dyslexia and at one point being diagnosed with ME. I wasn’t even sure I’d ever be able to hold down even a part-time job, let alone start a business.

A family member found some information about a sustainable building course from the Prince’s Trust. I knew being outdoors helped me to cope with my depression and anxiety, so I thought I’d give it a go. I felled a few trees with a bow saw and from the first day I knew it would be a real lifeline. 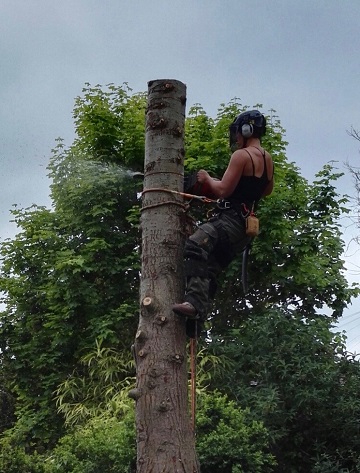 Tree surgery’s quite physically demanding, but there are great perks. You’re doing this work, then you remember to look around at this incredible view. Every day is something different, a different tree, a different environment, a different client. I love that, and enjoy the teamwork as well.

I went to college for the necessary qualification and did a short apprenticeship at a tree surgery company in Bristol. Then I started doing some work around where I live in Bath, alongside the jobs I was doing for them. ‘One of these days you’ll be running your own company,’ my boss would say. I’d laugh at that, it was so out there, but with a bit of time and perseverance that’s what happened.

I’ve had masses of positive feedback from clients, which makes me think I’m heading in the right direction. I get a team in at times and am hoping to have permanent employees in the future. It’s encouraging looking back sometimes, thinking that I came from nowhere, and how far I’ve come in a short space of time.

Advice: Even if something’s feeling beyond you, or you’re not feeling skilled or adequate enough, don’t back down. Give it a go, you might surprise yourself.

Will employees regret prioritising flexibility over a pay rise?

A recent desire for flexibility over pay could backfire as inflation starts to bite. Will...

8 hours ago
Women in Business

"It is not easy for a founder to let go of some control, ...

Being on top is possible, you just have to get started.

By Kate Magee
32 hours ago
Food for thought