One person who’d be forgiven for nursing a headache today is Sarah Wood, co-founder of the advertising tech start-up Unruly. She has just been crowned Veuve Clicquot’s Businesswoman of the Year after all. In fact, she’s bright-eyed and bushy-tailed, and found the time to speak to MT in between a raft of broadcast appearances. ‘It was such a fantastic party, but I made it home for my children’s bed time, so I’m actually feeling in really good spirits,’ she says.

Wood has joined a pretty formidable cohort – past winners include former Pearson boss Marjorie Scardino and easyJet chief exec Carolyn McCall. ‘It was a huge moment and I think the reason for that was the enormity of the awards hit me on the night where I met so many of the previous winners,’ she explains. ‘It has such a heritage – there have been so many women who I personally admire, such as Zaha Hadid, Anita Roddick and then Madame Clicquot herself who was an incredible pioneer.’

The other finalists were Clare Gilmartin, the CEO of Trainline, and celebrity make-up artist Charlotte Tilbury, who set up her own business in 2013. The judges (including MT’s editor Matthew Gwyther) pointed to Wood’s demonstration as a standout female role model and Unruly’s international growth as a clear indicator of success – the tech company has expanded to 15 offices and 200 staff since 2006. Wood was also crucial in Unruly’s acquisition by Rupert Murdcoch's NewsCorp late last year in a deal worth a cool £114m.

Along with her co-founders Scott Button and Matt Cooke, Wood tapped into the trend of viral videos early on and Unruly works with a range of brands from Adidas to Evian on videos to catch consumer attention, notching up some two trillion views in the process. ‘As a company we’ve just been very tenacious over the years,’ Wood says. ‘We’ve invested in data, we’ve invested in expertise and understanding video. We were very early into the market.’

Diversity has also been of great importance to Wood and currently over 48% of Unruly’s workforce is female. Perhaps more impressive is the fact 46% of managers are female and 44% of the board. ‘It’s not just women coming in at the start of their careers, but really succeeding in leadership roles – high profile, big, hairy leadership roles in a fast-paced, evolving landscape,’ Wood says. ‘And watching women do that with large families at the same time, so that’s really incredible.’

Many of Wood's own role models are those around her - she points to Unruly's marketing and comms director Louise Tullin (who made the 35 Under 35 shortlist in 2014) as an example, as well as her daughters. 'My eldest is doing her GCSEs and I see her working every weekend determined to do the best she can'

She thinks the company's consistent approach to diversity partly stems from the fact Unruly has three co-founders. ‘We’re all very different – not just in terms of gender, but temperament, life skills, experience, what we enjoy doing,’ she explains. ‘I think anyone coming into the company can see there’s no Unruly way; there’s no one set style of leadership. If you come here wanting to do the best job you possibly can for clients, then there is a place for you at Unruly and you will succeed.’ 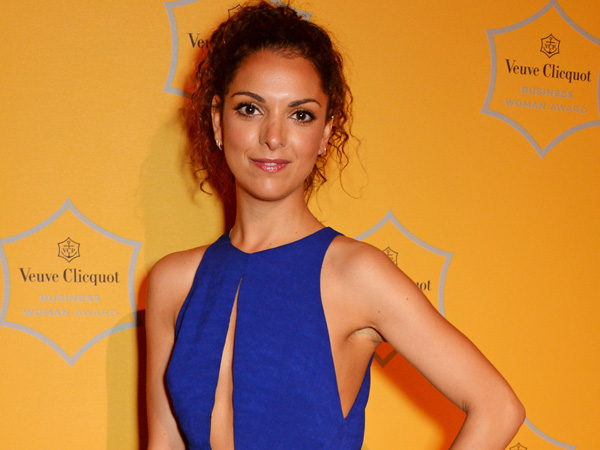 Stavrou formerly worked at ad agency BBH, but quit her job and spent a couple of years living back at home with her parents while cooking up recipes for her budding business. Since launching in October 2011, Stavrou’s healthy popcorn business has steamrolled into 15,000 stockists, including Waitrose, Tesco and Boots and is available across Europe. By the end of last year it had made annual sales of £9m, selling three million popcorn packets a month.

She said, ‘It’s such an honour to receive the New Generation award and to appear alongside such an impressive group of finalists. The awards are an amazing celebration of entrepreneurs from around the world.’ Time to crack open the bubbly?