The unemployment rate is now 6.4%, the lowest since late 2008 when the recession began to take hold, and down from 7.8% a year ago.

However, workers have yet to feel the impact of the recovery. Pay including bonuses fell 0.2% over the year. At the same time, inflation has risen to 1.9%, pushed up by higher spending on clothing and footwear, food and non-alcoholic drinks. 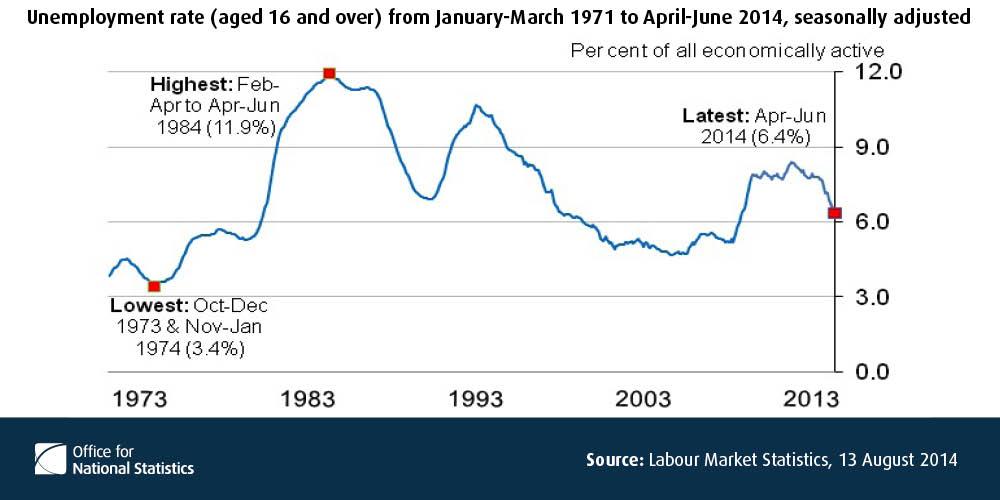 This disparity is what Bank of England Governor Mark Carney will aim to address when deciding when to raise interest rates from their record low of 0.5%.

Earning figures have been affected by a cut in income tax in April 2013 which prompted many firms to delay payment of bonuses last year, the Office for National Statistics said. Even so, regular pay growth was still a lot weaker than inflation, rising by just 0.6% in the three months to June compared with the same period last year. That was the lowest growth in regular pay since records began in 2001, according to Reuters.

In the Bank of England's quarterly inflation report this morning, Governor Mark Carney warned that wage growth is the Bank's biggest worry.