1. If you had done something else what would it have been?

I used to be a journalist, so I’d probably still be a writer I guess. I love to tell stories. I do see a connection between being a business writer and running Kano - you try to make complicated things seem simple.

2. What else would you name your business?

The name Kano comes from Kano Jigoro, who’s the founder of Judo. The reason we chose him is because he was a lifelong school teacher and he invented Judo to democratise martial arts which had previously been reserved for a select few, much like computer science. Another name we were considering in the early days was Forge. But that sounded too mechanical.

3. How would you describe your company?

Kano is a computer that you make yourself which costs £99. Powered by Raspberry Pi, you can build your own games, stream HD video, and play around with code. The idea came from my seven-year-old cousin who liked building things with Lego and who was interested in making a computer. 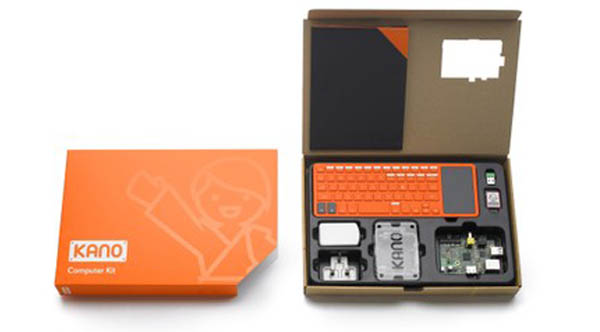 4. If you could be based in another city where would it be?

I love New York. That’s where I lived for a while before coming to London for a master’s. NYC is currently going through a hardware renaissance. There are a lot of amazing companies doing lean hardware - Code Academy is based there, Kickstarter too. In terms of attracting talent, NYC is second only to the Valley.

5. When you started, how did you raise money?

Me and my co-founder, Yonatan Raz-Fridman, officially incorporated Kano and started working on the product in January 2013. In November we were finally ready to show it to people, so we did a Kickstarter campaign. At the time the kits cost us about $90 to make, so we asked for $100,000 which we hoped to raise in a month. We hit the green button and something crazy happened – we hit the $100,000 goal in 18 hours. By the end of the campaign we’d raised $1.5m from 13,000 backers, which makes us the most crowdfunded project to have ever come out of the UK.  Apple co-founder Steve Wozniak even bought one, which was cool.

6. What has been your most important decision so far?

The hiring decisions we made. Yonatan and I have complimentary skill sets but neither of us are expert coders. We looked around and found a dude on the PS4 team, Alejandro Simón. He joined us as our first employee as the head of software. He’s been great and has really transformed the user experience of the Kano. If you make a mistake with your early people, you’re screwed.

7. What idea do you wish you had come up with?

There’s this brilliant new device which is basically a modern computer on a USB stick that costs $7. It turns a horrible piece of hardware from the early ‘90s into a decently modern computer, and it’s something which could be crucial to emerging markets.

8. How do you handle stress?

9. What was your first job?

Working as a ski instructor in Whistler, Canada, which wasn’t too far from my home in Seattle. That was pretty fun.

I’ve been very lucky, I’ve liked all my jobs.

12. If you were on the apprentice would your team be named?

I’ve never watched it - what is it?

13. What company would you invest in right now?

Tessel.io. It’s basically a wi-fi equipped development board, much like the Kano, that you can talk to with java script really easily. It means you can easily make physical devices that connect to the web.

14. Apart from property, what is the most expensive thing you’ve bought?

I have a Vespa GT scooter. I used to ride it to work but I need to change the oil.

I like flexible working although it’s good to keep weekends sacred. As to be expected in a small start-up, I work long hours. We’ve got to ship 18,000 kits to 86 countries in about 45 days.

17. What is your favourite thing about the office?

The people. We’re very geographically diverse. Of the 17 of us, we represent 10 different nationalities including Hungarian and Milanese. It’s really a team of geniuses. I definitely think the UK should make it easier for businesses to bring talent from overseas. It’s in the UK’s best interests to make it faster for start-ups like us to bring people on board and grow and disrupt as fast as possible. Companies round here are looking for very specific skills. If they can’t hire quick enough, that company may fail.

I love Whatsapp – I have friends in lots of different places who I wouldn’t be able to keep in touch without it.

19. Who is your business idol?

Kickstarter’s cofounder Yancey Strickler is an awesome dude. I wouldn’t say he’s an idol, I just love what he’s managed to do.

20. If you were prime minster for the day, what would you change?

I’d fix the broadband connection in east London. The internet is not great. The government’s talking about Tech City, but they’ve really got to lay down some new fibre around here.