Stephen Lochhead, global talent and organisational development director, Standard Life: For us, it’s how do we get a genuine enterprise view of talent? How do we build on the sense of reciprocity in our business that says if you’re going to give your best you can expect to receive it? I think the answer lies in seeing things beyond your business unit; connecting the world of opportunity inside your company as opposed to thinking all your resources are outside it. That internal talent economy is something we want to kick-start.

Lynda Gratton, professor of management practice, London Business School: It’s difficult for talented people, including our students and graduates, to know the best thing to do right now, given the massive changes happening to the world of work: that longevity means they may need to work until they’re 80, or that technology means every job they think they can have will become obsolete because of AI and robotics.

Ann Pickering, HR director, O2: As an organisation, we don’t know what skills we will need for the future. Look back just five years and social media was something that kids used to talk to each other. Now social media is one of the main channels we use to talk to our customers, a really important enabler for our business. Therefore it’s more important for me to find people with the right attitude. I agree with Lynda that we’re not preparing our young people. Government, business and education need to work together much more closely to prepare our young people for the world of work. 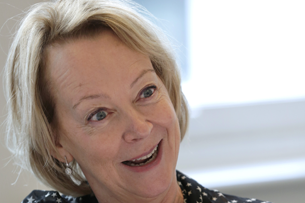 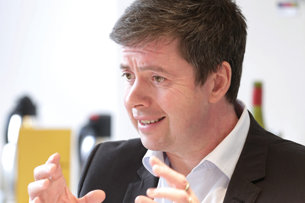 Clare Moncrieff, principal HR executive advisor, CEB: The challenges you’re articulating are also ones our clients are coming and asking us about: is academia preparing people for the world of work? Do we know what skills will be required in AI and robotics in five years’ time? The feeling generally is ‘no’. We’ve done research recently around the incredibly ubiquitous nature of change in organisations. Work today is fast-paced and flows horizontally and diagonally through an organisation rather than from the top down. This means that innovation, ideas and growth are occurring in the white space between functional silos. So companies need to get smarter about identifying and tapping into bright people, regardless of what part of the business they’re from, or whether they have the ‘official/ ideal’ backgrounds we might have looked for in the past.

Amy Sawbridge, head of people strategy, Virgin Group: There are so many expectations people have of the Virgin brand whether as a customer, an employee or the general public, and our challenge is making sure we live up to that. We’re also thinking about how to share talent across our global group. There’s a desire to do it but we haven’t quite found a way to unlock that. Once we’ve found the right people for the culture we have, the best thing we can do is keep them within the group. We want to be smarter at moving people through the different locations and sectors.

Naomi Heer, head of HR transformation, Jaguar Land Rover: We’re on a journey, but it’s a fast journey. We’re trying to run to catch up, because other organisations have developed faster than us and developed shared services and centralised processes a long time ago. So the transformation has set us on that journey. And as someone who enjoys where the future of work is going, I’m excited about creating workplaces where people can work anywhere, and don’t have to be shackled by process or policy. I think that’s exciting for young people, but I think the complexity in organisations means they struggle to give people a purpose. Give people purpose and they self-organise to deliver. Organisations would benefit from just releasing those shackles. 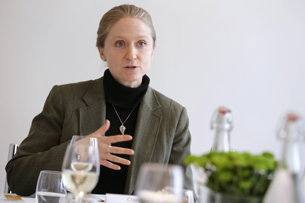 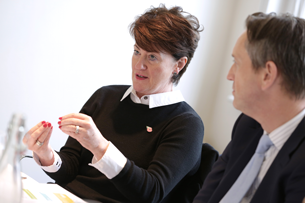 Wylie: How do you find talent in the first instance?

Pickering: Through diversity in its broadest sense, beyond just gender or ethnicity. I recently visited a job centre and met several unemployed graduates, including one who had chosen to study at a local university, rather than a redbrick, for cultural reasons. He had set up his own business organising Asian weddings and employed three people for two years, until a big competitor came along and put him out of business. In his head, he believed he was a failure. I saw an entrepreneur who had employed three people for two years. It made me realise that a lot of people don’t go to Russell Group universities for good reasons. I went straight back and told our graduate and student recruitment teams that I no longer wanted to know which universities applicants went to. It’s utterly irrelevant. Our interviewers no longer have CVs when they interview someone. And we have 50:50 gender-balanced shortlists, particularly for senior level appointments. Because I think we’re missing out on an awful lot of great people out there.

Lochhead: What we’re finding is that recruitment is one of the areas where employees can really help, and it doesn’t just need to rely on a traditional function called a recruitment team. In a previous organisation, we had around 4,500 people sharing content online around the world. They reached 81 million people every year, and they were directly accountable for influencing 800 people to join, more than would have been influenced by simply seeing a job ad in a recruitment page. But the real game changer will be when we start to crowdsource people’s strengths to specific projects in that way.

Wylie: How are your organisations adapting to become agile in that way?

Heer: We’re looking a lot at the ‘workforce of one’. The personal organisation. So if you want to recruit and source talent these days, it might not be the traditional healthcare package plus salary that a 24-year-old really cares about. We’re trying to work out what the new world of work means for our reward packages. I know that from an HR perspective, we like consistency, standardisation and precedent, but if you’re a data analyst or software engineer, tempting you with a Range Rover might not be what persuades you to work in Warwickshire rather than Silicon Valley. We’re starting to look at our reward strategies and career pathways to create a different proposition.

Gratton: I think the workforce of one is absolutely the issue, but I’m not at all convinced we’ve got anywhere with it. I’m astounded at how little the actual experience of work has changed. I certainly feel I don’t compromise in my working life, but I think there are lots of people out there who are absolutely compromising, getting on trains at 6am just to commute to the office. The industrial revolution set the whole context of how we work when people moved from the countryside to factories. Work became a place and time, and became separated from the family. I don’t think we’ve ever fully recovered yet from the Industrial Revolution, we still have the factory metaphor when we think about work. It’s surprising to me how slowly this is changing.

Sawbridge: The answer lies in ensuring the work that needs to be done is done and that there’s trust in the business. That we treat people as adults.

Moncrieff: The workforce of one requires having the skills and competencies you need as leverage points to force that conversation, in a way you might not have done in the past when work was done on a factory line and you needed to be on that line to get it done. 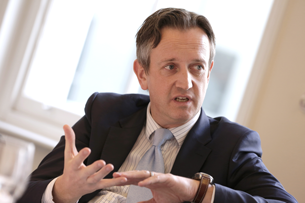 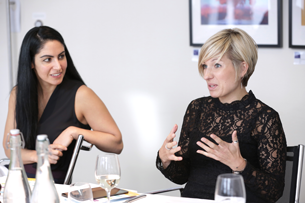 Wylie: How do we take people as they are to a position where they can trust us?

Lochhead: I’m a big believer of thinking around the why of work. Research suggests organisations with strong employee engagement perform so much better than those that don’t have a strong sense of purpose. The questions for management therefore becomes, is your role to be a great leader or a chief energising officer? Do we still need a leader to solve all these problems, or do we ask employees what should be done? Leadership and management in the future will be about purpose, getting people into the game. Having the courage to say that managers and leaders don’t have all the answers. The people in the organisations do.

Moncrieff: The role of the leader is evolving, beyond the top-down ‘I’m telling you what to do because I’m a leader; my job is to make decisions’. The world of work is far too complicated for people to know everything and make sound decisions at speed, therefore leaders make much better decisions when they involve others – not just their peers at leadership level, but others at different levels and proximities to where the work is happening.

Lochhead: That new role for leaders is liberating too. We underestimate the amount of stress and responsibility that leaders shoulder. They feel they can’t talk about it, that they’ve got to bear it.

Moncrieff: The data suggests two-thirds of leaders believe they can’t be successful without autonomy and control. But if you look at the complex environment we’re operating in today, it’s impossible to control everything. Leaders need to be able to seek guidance, take feedback and say vulnerably, ‘I don’t know the answers. How do you think we can resolve this?’

Sawbridge: That’s a very different style of leadership to what’s gone before. In order to be successful, leaders of the future will need to have a breadth of perspective far beyond the abilities of just one person. Their strengths will lie in the connections they make, and the team they create around them will need to be from as diverse a background as possible, rather than surrounding themselves with a clique.

Moncrieff: It will be a very different type of power – a power that comes from employees’ trust in you.