Cash use has fallen to lower levels than ever before, the British Retail Consortium said this morning – which, to be fair, is pretty obvious, considering paying by card is quicker and easier than ever before. 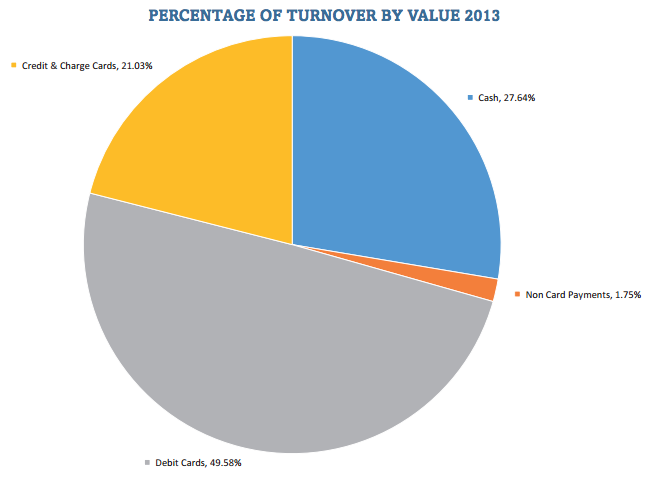 What’s really interesting is how people are using credit cards: while the use of debit cards has risen from 29.3% of turnover by number of transactions in 2009 to 32.37% in 2013, credit and charge cards made up 9.28%, down from 12.39%. Which suggests consumers are being more careful about where they point their credit cards (although, lest we forget, UK household debt is at a record high – so perhaps they’re taking out loans instead). 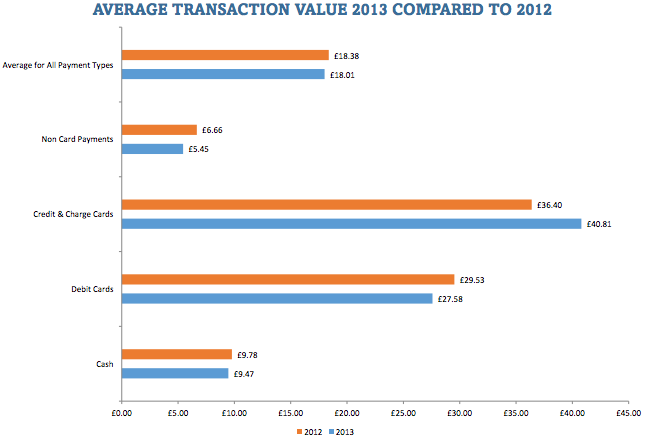 Or it could be something to do with the fact that, over the past five years, the average cost of processing credit card payments has jumped by 18% to 41p – an average of 0.9% of the transactions. Which, says BRC director general Helen Dickinson, is ‘really disappointing’. Indeed.