From pulling a sickie to boasting extra years of experience on your CV, white lies in the workplace aren’t uncommon, with 44 per cent of employees lying to avoid getting into trouble according to Glassdoor research.

Between peers, lying can even keep harmony and facilitate positive interactions, like telling someone you like their haircut when really you do not. The Glassdoor research echoed this, with 69 per cent saying that it was acceptable to lie to protect someone's feelings at work.

For managers, things get trickier. Diplomatically sparing an underperforming team member's feelings could get in the way of constructive feedback, hinder colleagues and ultimately be costly to the business. But then so could brutal honesty, which can easily batter motivation all round.

After all, complex truths rarely make good headlines. Full transparency about executive pay or bonuses, for example, can undermine solidarity. Saying 'but if I wasn't paid 50 times more than you, I'd just leave and you'd have to hire a second-rate replacement and that wouldn't help anyone' is unlikely to improve matters, even if it is what you really think.

So when is it okay as a boss to fib to employees?

It seems the question is a sensitive one. At a time when many companies are trying to convince their people that the workplace is safe, the majority of leaders we reached out to unsurprisingly wouldn’t discuss anything that might undermine trust.

What we found, from those who did speak, is that there is no consensus: 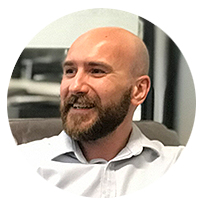 I think that the asking of the question is indicative of an underlying need to justify lying in a lot of cases. The simpler question would be: is it fair or necessary to lie to employees at all? I think everyone would answer “no”. If the answer to that is “no”, then the answer to the original question must be “never”. Being honest with employees is always the best policy, even if the message is difficult. COVID is a good example: I’m sure many companies would have told their employees they’d be just fine and then U-turned to make redundancies in large numbers shortly after. Why not bite the bullet straight away? Lying won’t make things any easier or change the facts. But it will hurt reputations. 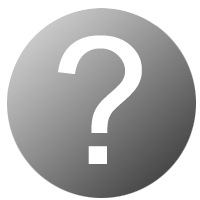 I believe everyone tells white lies, especially if you’re in a senior role and have a team underneath you. The times when you may need to lie or at least hold back from the whole truth could be for example around the status and position of the business. This could be especially if the company is failing - it's never easy to share bad news. So many things can be happening behind the scenes and by sharing any information as soon as it comes in, matters could spiral out of control - even though they might otherwise have been resolved. 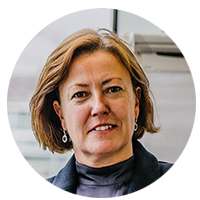 Fostering inclusive cultures has never been more important than at a time when many people are physically distanced from colleagues, leaders and the workplace due to COVID-19. Being dishonest or deliberately misleading your people should never be acceptable. Creating a culture of trust, transparency and openness is vital in business. It fosters an environment where people feel more able to ask questions, be their authentic selves, and ultimately achieve their full potential. An inclusive and honest workplace helps employees feel better connected to their peers and leaders and can also have a positive impact on mental and physical wellbeing.

How have you prepared for a second lockdown?

Zurich's lockdown leave policy is great - if you can afford it

I wasn’t asked before my manager changed my job

Bosses demanding that their workers come into the workplace suggests a wider problem with trust....

By Stephen Jones
4 hours ago
Innovation

E-commerce is "the future of digital media"

One minute briefing: John Paton, chair of The Independent, on data, digital transformation and why...

5 things to remember when leading during tough times

From why losing your job could be the best thing that ever happened to you...