How much money can WHSmith squeeze out of its poor, neglected stores? Its annual results, released this morning, paint a familiar picture of bumper profits on the back of stagnant sales. It's hard to see how this magic trick can continue forever.

The newsagent-cum-stationer's figures aren't awful on the face of things. Though its like-for-like (LFL) sales are totally flat, total revenues are up 1% to around £1.2bn and pre-tax profits have leapt by 8% to £121m. But the numbers portray a business of two halves.

While LFL sales in the company's travel division, which includes its outlets at train stations, airports and hospitals, were up by 4%, LFLs at its high street stores, where it doesn't have a captive audience, are down by 3%. And little wonder – you would have to be trapped in an uninspiring departure lounge or on your deathbed to relish a visit to one of its increasingly shabby shops. 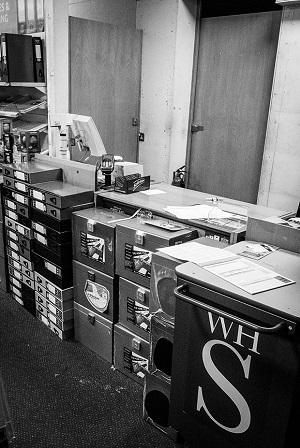 'In the High Street business, our profit focused strategy continues to deliver
sustainable growth,' Clarke said. MT isn't sure how declining sales can be described as sustainable growth – even Smiths can't make a profit on revenues of zero.

Never much of a stickler for sustainability, the City doesn't seem to care - for now. Smith's share price was up 4.2% this morning to 1,606p (Smith's plans for a £50m share buyback, also announced today, might have had something to do with that).

But the pats on the back all round won't last if things continue the way they have been going. Rather than handing over cash to investors, Smiths needs to invest in its stores and in more exciting products than adult colouring books and massive chocolate bars.

It did put £13m into refurbishment over the year (including 100 new sets of carpets), but given that it has around 1,350 shops that won't have made a huge difference. MT popped into a couple of its branches in south London recently (look our for a big feature on Smiths in next month's mag), and the carpets were less than satisfactory, to put it mildly. Captives, cuts and colouring books do not make for a sustainable business model.