Employees (and visitors) are welcomed at Fruit Towers HQ in west London with a doormat that tells them, ‘Nice shoes!’

This is the weekday home to staff at Innocent, Europe’s biggest smoothie maker, squeezing out £200 million a year as it sells its juices in supermarkets, coffee shops and other outlets.

It’s a company known for its sense of fun – in the early days, the first employees would often turn up at markets, parks and festivals in a stand-out grass-covered van, to give away their healthy drinks. 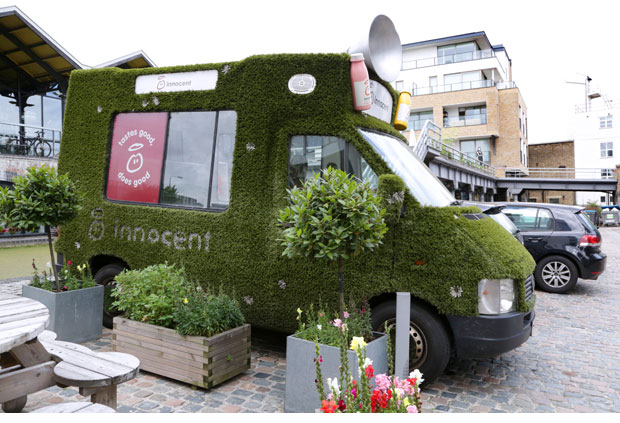 But those early days were more than 15 years ago, and Innocent is now a subsidiary of Coca-Cola. No longer the young upstart, the company has had to mature and at the same time meet the changing expectations of its customers and employees.

And as part of that growing up, there has been a maturing of Innocent’s attitude towards its range of employee benefits – some traditional, some innovative – while keeping a watchful eye on retaining its playful nature and culture.

Cycle of life
Project manager Ed Nicholson has been with Innocent since 2006 and has taken advantage of the company’s sabbatical offer, taking three months to cycle with his wife to Istanbul, helped on their way by £1,000 he won in the quarterly Innocent Scholarship.

‘It was quite hard work,’ admits Nicholson, rather modestly, of his 2,000-mile journey to Asia. ‘We’re both keen cyclists and the idea grew out of a chat one day about "wouldn’t it be lovely to do a nice long cycle round France or Spain". Taking three months off to do it seemed a reasonable amount of time – long enough to feel like a lifetime when we were experiencing it, and yet I knew it wouldn’t be the end of the world for the business not to have me around for three months.’

Nicholson says his manager was well aware that he liked cycling, travelling and his intention to raise money for charity. ‘But I also put together a plan of how it would work for the business. I think my manager saw it as a good way for retaining me after I’d returned and got the travelling bug out of my system.’ 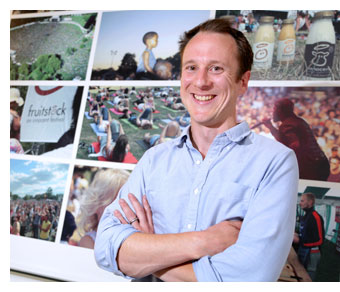 Having agreed the time off with his manager, Nicholson then presented his plan to fellow employees who voted to award him one of three £1,000 scholarships that Innocent hands out each quarter.

Four years on from their epic bike trip, the couple now has a one-year-old son and Nicholson has just agreed a four-day working week with Innocent so that he can help more with childcare. ‘It’s been a similar process of working the idea through with my boss, considering how it would work from both a personal and business point of view.

‘It’s not a huge cost to the business, but it’s a huge benefit to me. I couldn’t put a figure on how much more you’d have to give me in salary to convince me to go back up to working five days a week.’

Maximum benefit for minimal costs is an example of Innocent’s increasingly intentional attitude towards benefits, explains Jane Marsh, head of people at Innocent.

Baby steps
In the company’s early days, its attitude towards benefits was shaped by the entrepreneurial values of the founders – three friends who ran up debts on overdrafts and credit cards to build the business. ‘Their original ethos was, we’ll give you as much salary as we can and leave you with the flexibility to spend whatever you want to spend it on in terms of benefits,’ says Marsh. ‘It was simple and, at that stage of the company’s history, effective. It reflected their entrepreneurial nature and desire to let people make choices.’ 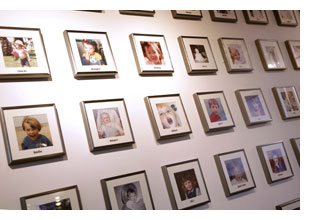 As the company grew, Innocent realised there were common themes to what employees were buying with their own money, and so began building a package of benefits, listening to the needs of workers as those needs developed and evolved. Engagement surveys, for example, were telling the company that it was no longer enough to offer just a basic workplace pension. ‘They were reminding us that as well as making products to help customers live well and die old, we should be treating our employees in the same way. It was a fair point,’ comments Marsh.

The company’s benefits package now includes healthcare, critical illness cover, life insurance, enhanced maternity and paternity terms, and season ticket loans. And as a further result of listening to staff, it has recently simplified its three-tiered bonus scheme into one.

But importantly, Innocent continues to place emphasis on the softer side of benefits. Most of its employees have the chance to work from home one day a week – so long as they’re in the office for the kick-off Monday morning meeting. It offers sabbaticals and scholarships – such as those gained by Nicholson – which give staff the opportunity to try something they’ve always wanted to do, from hairdressing or yoga to working in a disaster recovery zone. Often they bring their newfound expertise back in-house. And if you can find co-workers who share your particular interest or passion – whether it’s cheese or chess – Innocent will match-fund to help you start a club. 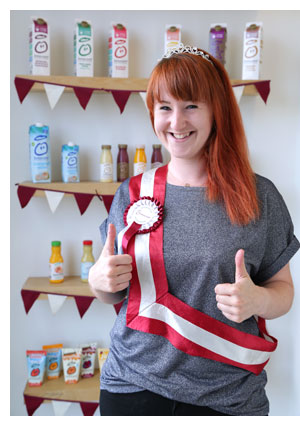 Taking over
The company retains its our own particular version of employee of the month – ‘Lord and Lady of the Sash’. Votes are cast online by employees who must then bow down to the winner when he or she is announced at the whole company meeting and commit to making them cups of tea for a month.

‘Those softer benefits are invaluable in bringing people together and uniting them,’ says Marsh, just about to leave the office to join the rest of the company in Chantilly in France for its annual Nature Weekend event. ‘Benefits cement the traditions and culture of the company.

‘Companies that are acquired can often lose their DNA when they are integrated into the culture and benefits structure of the larger organisation. But our experience here has been the opposite because Coca-Cola recognised the value of and culture of the brand that they had bought.’

Benefits, reckons Marsh, can be vital tools in driving company culture. ‘Many companies have cut back on what they see as discretionary spend on these kind of softer, more playful initiatives. But my advice is to think about those initiatives clearly as benefits, spend money on them and watch how your engagement grows.’ 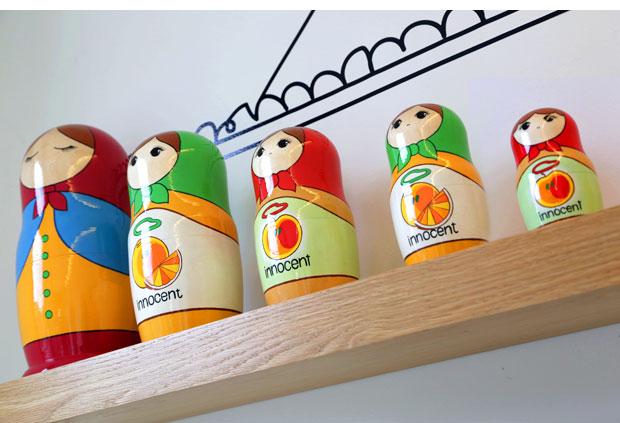 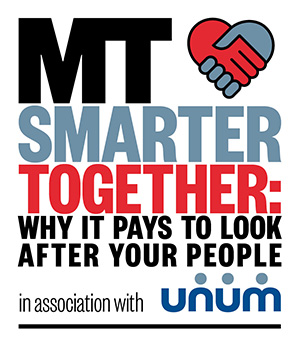 The benefits of engaging staff: an MT debate

Engagement has become a fashionable topic of late, but how much does being a caring company affect the bottom line? And what do employees expect now from a progressive employer?

Is there a way your organisation could be making smarter decisions and using employee benefits for greater impact on healthy, wellbeing and productivity?

A rebellious trailblazer company. A reputation for whimsy and start-up mentality. And then a huge corporate buy-out. How does Innocent keep its staff juiced?

Why Everyone Loves Working For M&S