It’s a Wednesday afternoon and MT is one of 50 odd people down in Stockwell’s The Gym. No, we’re not skiving off work to pump iron; we’re here to get a first hand look at what a budget gym actually offers you these days. ‘Some people have preconceptions of low-cost that it’s going to be small and not terribly good. Most people that I show our facilities to are surprised by how good and how big they are,’ says CEO and founder John Treharne.

Each of The Gym’s 75 sites has around 200 pieces of equipment spread across some very large spaces (they’ve converted everything from office space to casinos and nightclubs into gyms). In January it surpassed 400,000 members and revenue for this year was up 31.9% to £60m after the company opened 19 new gyms in 2015 and had a successful IPO on the LSE late last year, where it was valued at £250m.

Treharne launched The Gym in 2007, backed by Bridges Ventures, after running a health club chain in the 90s. A former squash player for England, he’d always had an interest in leisure, but noticed the UK health and fitness market (one of the most expensive in the world) had become stagnant. It’s currently worth around £4.3bn.

‘What I’d seen across the world was obviously the growth of low-cost and not just health clubs. Low-cost airlines and hotels were really beginning to shake their markets up,’ he explains. ‘What they were doing made a lot of sense: focusing on what the majority of people want and doing that very well, but removing all the frills and then charging a significant discount to the market.’ 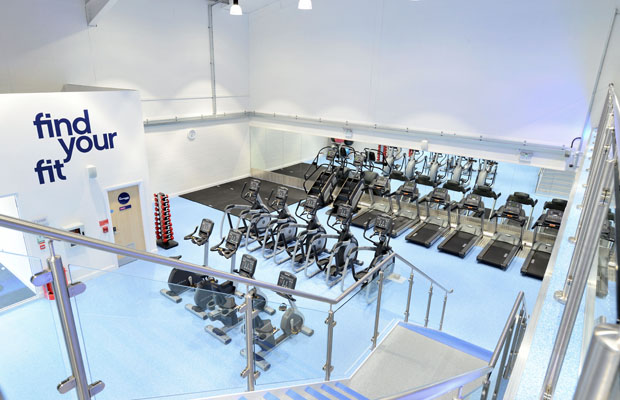 A typical layout at one of Treharne's gyms

So he decided to do something similar in the UK – taking a 15,000 sq ft building with around 200 pieces of equipment but leaving off the costly add-ons – no swimming pool, sauna or steam room. ‘We took the price down to around £15 a month which continues to be our average charge,’ Treharne says. ‘If you took one of the first gyms we opened in Brighton, we were charging £15 and David Lloyd down the road was charging £74 a month, so a very significant price differential.’ The Gym also aimed to tackle a perennial bugbear of more erratic gym users –  being tied into a contract. Instead it offers anything from a daily membership to a month. According to Mintel, 32% of gym users prefer to pay per visit, while 39% like a flat annual fee and 22% would prefer to be charged for the facilities they use, reflecting a desire for flexibility that arguably hadn’t been met by the old guard.

Of course The Gym hasn’t been alone in identifying a market ripe for low-cost disruption. Pure Gym opened in 2009 and is now the UK’s biggest gym operator by membership with 130 outlets across the country. It snapped up smaller rival LA Fitness in May of last year, after a proposed merger with Pure Gym was abandoned in 2014. (The Competition and Markets Authority referred the transaction for a second stage in-depth investigation). Both have continued to grow and Treharne says it’s the upmarket and mid operators that are struggling. ‘The growth in the market is coming from low-cost,’ he points out. And they have among the biggest beneficiaries. ‘Like in the airline industry where you’ve got easyJet and Ryanair, you’ve got two or three main players who are very definitely pulling away from the rest of the market and expanding much faster.’ 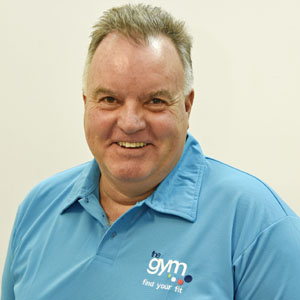 Treharne is frank about the IPO process – he describes it as ‘intense’ and warns of its potential to ‘distract many of the senior management team at a time when you already have a business to develop and expand while maintaining trading success’. For The Gym Group though, it has also come with great reward. Treharne says it has improved the company's books,  while he reportedly pocketed more than £3.3m from the sale.

At The Gym’s oldest site in Hounslow, Treharne says 36% of those joining said they’d never been to a gym before. ‘About one in three of our members are first timers, so we’re growing the market. And the 24/7 environment creates appeal for a wider cross-section of people,’ Treharne adds. ‘So shift workers – doctors, nurses, bus drivers, people working at casinos, hotels and restaurants find our environment much more convenient.’ As a result its usage patterns are very different to a typical health club, though peak hours remain typical. At the Stockwell gym a typical day had 299 members between 6 and 8am in the morning and 133 between 6 and 8pm in the pre- and post-work rush.

Read more: The Gym Group has lunged onto the stock market

Treharne says another important aspect of The Gym is its online process. ‘Our use of technology is very different from what people have done before,’ he says. ‘People told me nobody would join online; over 90% of our members join online away from the gym.’ In this respect he prefers to align the company with internet businesses. ‘We’re more like Amazon than we are a traditional health club, or more like easyJet,’ he claims. ‘We have that similar retailer approach to how we operate, even to the point where we’re designing a gym we put motion sensors on all of our gym equipment that will tell us that we’ve got the right layout and the right numbers of treadmills or cross trainers. That’s totally revolutionary in this market.’ Indeed, the Stockwell gym recently doubled its free weights area because of demand.

Treharne points to market surveys suggesting there could be around 1,000 low-cost gyms in the UK (currently there are about 400). ‘There’s plenty of room – it’ll mean more sites in big cities. Manchester, Birmingham, Glasgow, Edinburgh etcetera will be where our growth comes from,’ he predicts. Treharne’s regular haunt is the Vauxhall gym, though you won’t be seeing him wielding a squash racket anytime soon. ‘I don’t think my knees would stand it!’