Your new product isn't selling like it should because the market doesn't like it. It's a problem that is commonly addressed by adapting the product to suit what the market wants. But, as this insight derived from an accordion-playing cat shows, that may not be the right thing to do.

Over summer I was on holiday in Italy. Every evening on the main street of the town where I was staying, there was a string of entertainers. One of them, an accordionist, was really good. When he played the fast passages, you couldn't even see his fingers moving.

But he wasn't getting much money in his hat, because there was another more successful accordionist 100 yards along. Musically he was pretty mediocre, but his hat was piled high with coins. Why? Because he was dressed as a cat.

The point being that since both accordionists got pretty much all their custom from small children, the market wasn't for 'quality musicianship' but rather for 'children's entertainer'.

What could the good accordionist do? Dress up as a dog? Unlikely to work. The skills of the classically trained musician are quite different from those of the children's entertainer. Instead he needed to find a new pitch, where the audience was looking for good music, and the cat would have been laughed off the stage. 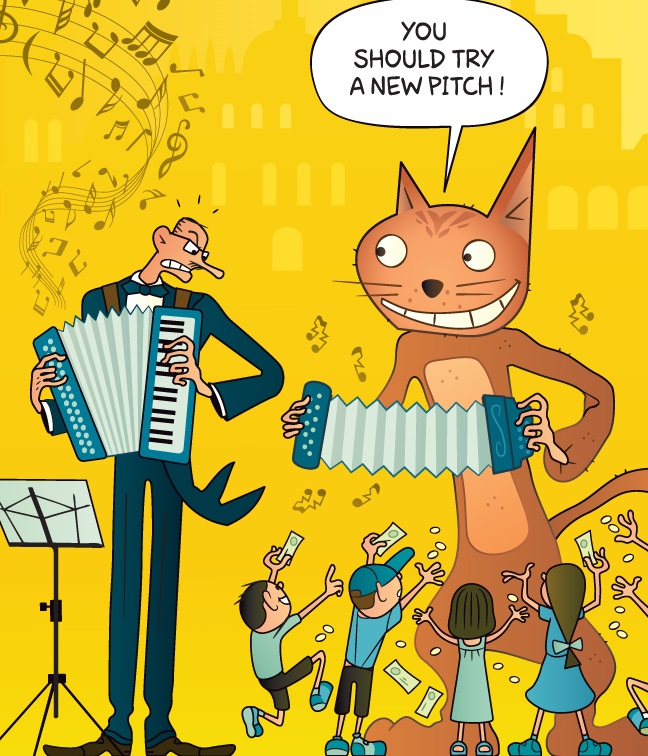 This principle applies to businesses as well as street buskers. When you are struggling to make sales, do you change the product to fit the market, or vice versa? All too often our immediate response is the first, because it is - or seems - easier in a number of ways.

Firstly there's our natural tendency to want to 'make things work' rather than 'giving up'. Then there's the issue of visualisation - it is much easier to deal with the market we see (even if we aren't doing well there), than to believe in some hypothetical better market which we can't see because we haven't found it yet. And finally there is the temptation to imitate. If we see someone who is sort of like us but doing better, it's easy to think that if we copy them we can do as well.

So if you want to boost sales, look at your market as well as your product - because if you don't feel like a cat, you don't have to put on the costume.