You’d have to be a brave soul set up shop at the moment, particularly in the capital, as business rates continue to cause turmoil for retailers. Last year, the British Retail Consortium said over 80,000 shops could face closure by 2017 if the business rates tax system didn’t get its long overdue shake up.

What’s a budding entrepreneur to do? Well, for many the answer has been to opt for a more transient option. The 'pop-up' retail sector generated over £2.3bn over the past year, according to a new report from the Centre for Economics and Business Research on behalf of EE, up from £2.1bn a year ago. There are now around 10,500 pop-ups across the UK employing around 26,200 people. While they might initially have been derided as faddy, nearly half of consumers have visited one in the past year and a number of businesses are using them to get off the ground.

Welsh barbecue business Hang Fire Smokehouse tested out its restaurant concept in pubs with temporary ‘kitchen takeovers’. They’ve not had to directly pay to use the venues as the owners are compensated with increased drinks revenues. ‘Starting off in the food business is tough,' says co-founder Shauna Guinn. 'The overheads and business rates make it virtually impossible to start a restaurant without a whole lot of cash.’

They soon decided getting creative was a necessity. ‘It makes sense to start making use of the empty retail units, or under-used kitchens in backstreet pubs. The pop-up model afforded us the opportunity to develop our menu, our customer base and our social media presence, before taking the leap into permanent bricks and mortar.’ They opened their first restaurant in Glamorgan back in March. 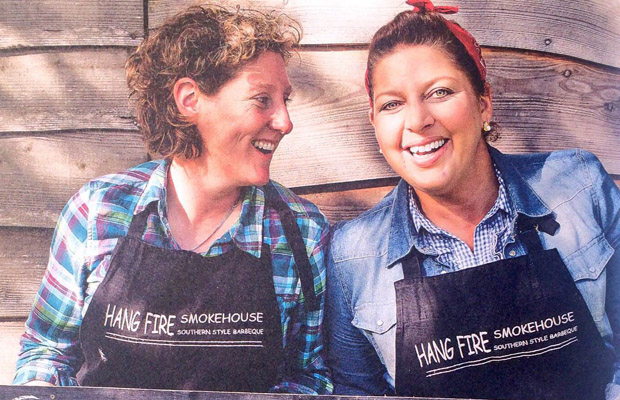 For Andre Schober, co-founder of 3D-printed jewellery business Wonderluk, using pop-ups in Topshop and at Shoreditch's Boxpark afforded the company a nimbleness that many traditional retailers would find tricky to replicate. ‘It allows us to test new ideas, interact directly with our customers and respond quickly to emerging trends or participate in seasonal events without the long-term commitment of a permanent store,’ he says. After the eight week stint in Topshop, the team modified some of its designs and launched a range of new products off the back of to the feedback.

The appeal was similar for Naomi Jackson, founder and designer at Run&Fell. 'As my business currently operates online, opening up a pop-up shop was a great insight into connecting with customers face-to-face, gauging their reactions to my products and learning what works well in a physical set-up,' she explains. 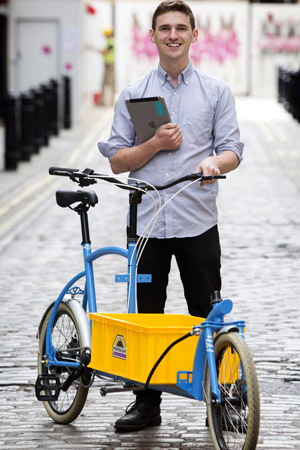 Pop-ups can also provide a chance to secure a prominent spot that many start-ups couldn’t afford otherwise. Lawrence Brand (pictured) opened a pop-up shop for his Porterlight Bicycles firm in Covent Garden.

Established firms, from handbag designer Anya Hindmarch to Benefit Cosmetics, are also giving temporary spaces a whirl to refresh their brand and attract new customers – the low set-up costs and contract flexibility often mean the opportunity to try something new is worth doing, with little risk involved.

It’s not a sure-fire route to success – retail is still highly competitive and the popularity of pop-ups has meant there’s also increasing competitiveness over locations. Finding the right spot is easier said than done – you’ll likely want somewhere in the midst of the action to reach enough potential customers, but need to find a landlord willing to offer short-term leases. Websites such as Appear Here are worth checking – they allow firms to scan the options.

Technological troubles are also a sticking point – finding somewhere with a reliable internet connection and able to take card payments are important for increasing business and marketing opportunities – even just through using social media to broadcast a pop-up's location.

But for new businesses it's often worth weathering the difficulties. Numerous opportunities can arise from a successful pop-up. As Schober says, ‘To get access to the high street and build visibility used to be one of the hardest things to do for young brands.’ Now it's achievable if your pop-up is distinctive enough, allowing emerging brands to level the playing field.

7 hours ago
Food for thought